Ayo Al: Why Do You Find it Easy to 'Chop Life' Using Someone Else's Money? 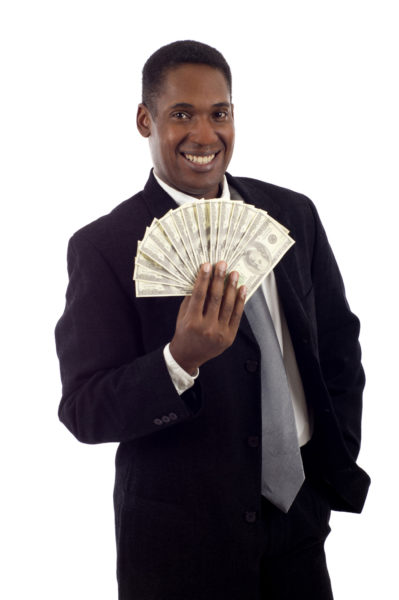 So my cousin visited recently and he narrated a very funny story to us. He told us of a co-worker of his who had gotten into their boss’ bad books at work. His offence was very simple. You be patient, I’ll share it.

So boss (sharp man of the town) in a very good mood asked the young man(co-worker) to accompany him to a joint to do some “faaji.” When they got there, boss ordered for his first bottle of Harp and pepper soup; my guy ordered for a bottle of big stout and a plate of Asun. The boss still chilling with his first bottle, my guy ordered for the second bottle of stout. About twenty minutes later, the boss called for his second bottle and my guy called for his third. When the bartender was about to leave, my “correct guy” called him back and asked for a bowl of pepper soup too.

Boss did not say a word. When they were done eating, boss paid and they left. Then boss walked to his car, opened it and slid in, started the car and prepared to drive off. My guy started hitting the door in panic, trying to get it open but he couldn’t. Yes, boss had locked it. Apparently they lived not too far from each other, so he didn’t even leave home with his wallet. He thought the boss would drop him very close to his house, but he had guessed wrong! Maybe the boss would have, but I think he felt it was best “my guy” trekked home. After all, wasn’t exercise beneficial to the body? So my guy was left to his fate.

As he kept trying to open the door, he kept making signs to his “Oga” to help him out. Oga wound down the glass and said, “Why don’t you walk off the food?”

Biko, was the boss wrong?

My brother’s recount made me remember Aunt Fisayo, who had come complaining to my mum some years back about how she had taken her younger cousin to a salon and then the girl’s expenses had ended up being more than hers. How that happened, I don’t know.

You know the one I find the most annoying? A boyfriend tells his babe “let’s hang out. I just want to be with you tonight,” and then babe lands at the meeting point with her entourage of three other babes, who have come to hang out with them, without informing her boyfriend.

These “by force entourages” in the sickest weaves, “baba nla” body cons, and very high stiletos, faces all made up (but brains left unattended to) then proceed to order all the “orderables” and even ask for some to be taken away.

My question is how do you know he is capable (that night) of footing the bills of five people? How do you even know he wants company, even if he can foot the bills?

Oh, some people defend themselves by saying, “After all, I was on my own jeje when he said he wanted to take me out. I didn’t force him, so why won’t I eat?”

I think sometimes being sensible helps a lot. It isn’t the food, or money that person spends on you that day that would aid your entrance into the gates of heaven; so please, be wise.

Do not be rude. If you want to bring friends along on an outing with your partner, call him and suggest it, hear him out first before you take any action. If he’s cool with it,  then fine.  If not, don’t force things.

If an older person who isn’t so close to you takes you somewhere, be watchful. Don’t just order or make insane choices. Wait a while, see what the person does and then try to make sensible choices.

The mistake people make is that they equate being sensible to being unreal, or “forming” I believe there is a difference between the two. Wisdom, they say is profitable to direct. The person invited you out, but it is still their money.

Nigeria’s Drug Abuse Problem is Closer Than You Imagined

Moses Obroku: The Government Will Not Clean Up Nigeria