Peppers, Celery, Broccoli! These Healthy Foods Will Boost Your Libido 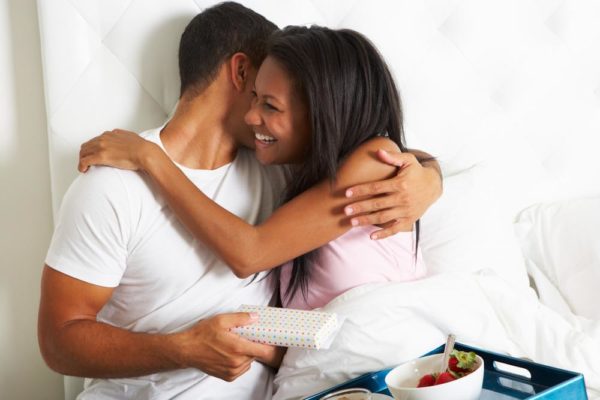 Scented candles and sexy underwear are a great way to kick up things in the bedroom, but sometimes, they don’t just cut it. Even when you include creamy chocolates and red wine- which are veritable sex boosters, you sometimes still find yourself with dipping libido.

Sure, factors such as dieting, hormonal shifts, drugs, insomnia, and low self-esteem can negatively affect libido, but in addition to addressing these underlying issues, adding a few healthy foods into your diet can also revive your libido and rev up your sex life while also ensuring you stay in good physical shape.

Lettuce
A number of Nigerian only eat this in burgers or salads as they consider it one of the boring greens. However, lettuce is a huge libido booster In fact, the ancient Egyptians used lettuce as an aphrodisiac around 2000 B.C. It is even a phallic symbol that symbolizes the celebrated food of the Egyptian god of fertility, Min (always pictured with an erect penis in wall paintings and reliefs). The green was believed to have helped the god “perform the sexual act untiringly.” Generally, lettuce contains opiates that activate sex hormones. It also is a source of iron and as such fight against some of the negative effects of low iron levels including low sexual desire, vaginal dryness and ability to have an orgasm.

Avocados
The benefits of Avacado are bounteous! In addition to their antioxidant properties, thanks to the vitamin E content (which is also often called the “sex vitamin”), they also high levels of folic acid which helps metabolize proteins, thus giving you more energy for performance; libido-boosting Vitamin B6 which accelerates male hormone production and reduces heart disease – a sure cause of erectile dysfunction due to artery damage; and potassium which regulates a woman’s thyroid gland which also affect the woman’s libido. Even more, they are loaded with healthy monounsaturated fats. You can eat them as a fruit, blend them into a smoothie, spreads and ice creams or include the in salads.

Broccoli
Referred to as “kabejin brokoli’ by the Hausa, Broccoli is not some green you have to get from a faraway land. Most people ignore it as they think of it as some foreign vegetable, but it is right here in Nigeria and you can get at most vegetable markets and stores. Broccoli is great for boosting sex drive, as it has a high content of vitamin C which helps in blood circulation. It has also been linked to improved libido. Broccoli particularly works more for men, as it also contains indole-3-carbinol known for lessening oestrogen levels, giving the male libido the needed boost. You can eat it raw, steamed or cooked…whichever way, it is a great addition to your sex diet.

Peppers
Could this be the reason behind the stereotype of a certain Nigerian tribe being promiscuous? Besides being hot on the tongue, peppers/chilis turn up the hit on your libido too! They contain a compound called Capsaicin which increases heart rate and dilates blood vessels ensuring that blood flows to all the essential areas; Also, releases endorphins which in turn pumps up your libido. Apparently, the hotter the pepper, the better for your sex drive. Bear in mind, however, that you have to ingest the pepper to do the job…do not be tempted to sprinkle pepper on your lover for a quick result, you will end up having the worst experience ever. Also, make sure you wash your hands thoroughly after eating foods with pepper, before touching sensitive parts of the body.

Celery
Celery is not a commonly consumed vegetable, however it works wonders for your health and sex life (especially if you are a guy). Raw celery contains aldosterone, an odourless hormone which increases the pheromone levels in a man, making him more attractive to the woman and turning her on. Once the vegetable is consumed, the hormone is released through the sweat glands …and before you know it, the lady is all over you!

Ladies are not left behind either as celery also it is high in monounsaturated fats, which increases dopamine – known for boosting female sexual pleasure. Again, celery freshens the breath, which is a plus. Bad breath can be a deal breaker for so many. The good thing about celery is that you don’t have to cook it or fuss over preparations. It is best eaten raw, just wash it and crunch away.