Eva Funsho: Is the Fear of Social Media the Beginning of a Happy Marriage? 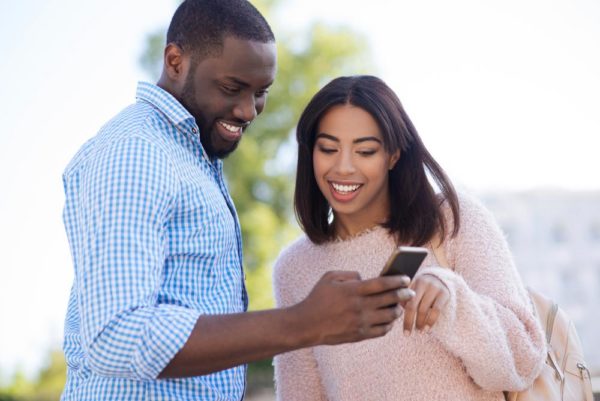 Some days ago I put on my phone in the morning and the first news I read about as I went to my favorite news site was the break up of another popular couple’s marriage. I couldn’t help but wonder how come. They seemed really happy.

As with the usual trend, their marriage was quite public. They had beautiful creative themed pre-wedding pictures, the lady’s hen party was the talk of the town. They had a destination wedding which was well featured by various blogs. Their honeymoon was another candy sight. She got pregnant and her baby bump shots were ecstatic. The guy got her a diamond necklace push gift and as usual, the blogs swam over the news like bees. The first year birthday of the child was a big party that was well attended by celebrities and their kids. Suddenly, they’re no longer together. Their reason? Irreconcilable differences.

Sometime ago, a popular blog featured an excerpt from a newspaper interview of a popular Nigerian actress who happened to gush over her husband in the interview. Some followers of the blog were happy for her, but many were quick to “caution” and “advice” her against making her marriage public. They set a tone that the actress coming out to talk about her husband could activate a lurking doom. Lately, many public figures have stopped posting pictures about their daily marriage activities and are drawing closer to the keeping-my-marriage-private ideology and it leaves us to wonder if this could be the best decision anyone could make.

Social media is such a beautiful phenomenon that has changed lives and impacted the world, but with the trend of marriages turning sour, and linens washed in public, there seems to be a negative jinx that social media has on marriage. Marriage is a beautiful institution that takes hard work and commitment to keep. It is not a walk in the park, so there’s bound to be problems and upheavals. It is even more difficult when a marriage is a public one, because social media has a way of aggravating marital problems and knows how to quickly consume couples who are going through issues.

Everyone has an opinion about you and your marriage; at the slightest hint of a misunderstanding, people will judge you not knowing what exactly caused the rift. Some will accuse the woman for marrying the man for his money, not knowing if she saw other qualities in him. Others will call the man all sort of names, and different self-acclaimed marriage counsellors will spring up from nowhere to tell you what they think you should do. Some will even write open letters to analyse your marriage like an Arsenal versus Manchester United match.

However, one cannot but state the obvious: even without social media, marital problems have always been a fuel to the dissolution of relationships and divorce. Marriage takes two imperfect people who work daily on themselves and are committed to build their relationship.

The major strength of a relationship is effective communication and it’s an added advantage if a couple understands emotional communication and how to use it with each other. No marriage is perfect, but the happy ones thrive on the open exchange of emotion, desires, and beliefs of both people involved.
Emotional communication is probably the most important element for a satisfying marriage, but because most marriages go through tough times, couples tend to develop and create destructive habits and patterns that affect the marriage.

Emotional communication causes a form of intimacy between spouses, because it encompasses not just romance but the whole attributes of a relationship which include the expression of verbal communication, feelings, affection, sex, trust, respect, romance, spirituality, and a sense of connectedness.

Before marriage there is one overpowering emotion which is love, but in marriage, more emotions dominate; emotions of hurt, anger, disappointment, and fear. These emotions do not encourage couples to communicate; if they do, it is likely to be negative or critical. This is where less emotional words and sentences are used on each other, and this leads to resentment and hate. The key to avoiding this, irrespective of the issue causing a rift, is in learning how to share emotions without condemnation.

According to Dr. John Gottman, the world’s leading researcher in making marriage work “Happily married couples aren’t smarter, richer, or more psychologically astute than others. But in their day-to-day lives, they have hit upon a dynamic that keeps their negative thoughts and feelings about each other (which all couples have) from overwhelming their positive ones….and each of those partners also have a capacity and inclination to manage their own emotional state and their impact on the other” This places more emphasis on the fact that intending couples should expect negative actions from their partners when they get married. It is, however, how they deal with a situation that would reflect on the happiness of the marriage.

For a marriage to thrive in a seeming unhealthy environment where social media is like a hungry lion waiting for whom to devour, a couple has to be emotionally intelligent. Emotional situations are bound to arise more often than not in marriages, because of the hands on approach of social media. If your marriage is public, you have to be prepared to handle public opinions intelligently.

Rumours are peddled on social media frequently, so a couple has to have a strong emotional understanding to be able to live with those rumors and not let them affect their marriage

Unfortunately, there’s very little or no emotional communication on social media. Everyone is ready for a clap back. It’s like there’s an award given to the vilest comments. It’s “the terrible world out there” your mama warned you about. It’s judgmental, it’s not intimate, and it feeds on the next bad news waiting to happen.

Whenever the next intending couple announces their plans to be together, it’s like some cyber monitoring spirits are attached to them. These cyber spirits are probably closely in rank to the principalities and powers in high places talked about in the Bible. This is why some public figures have decided to not go by the thick skin advice, and have taken their private life off social media…because let’s face it, how much thick skin can you grow when a marriage that needs constant assurance of commitment meets daily attacks and ambush from a bunch of people on the other side of your keyboard?

Join in the Movement to #ChokeCancer: A Letter to the Nigerian Government to #FixRadiotherapy & Make National Health a Priority

Question It! 9 Nigerian Societal Norms that May Be Irrational