The Institution of Marriage and its Many Gatekeepers: A Review of "With These Shoes I Thee Wed...But the Shoes Don't Fit" 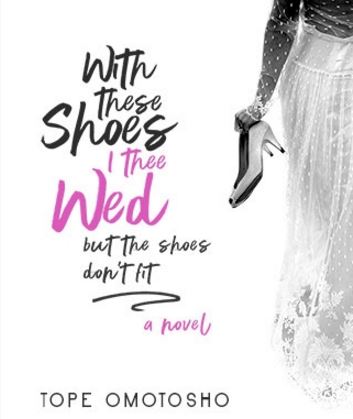 The issue of marriage is a pretty delicate one, particularly in this corner of the globe, and especially where it concerns the woman. Society piles the pressure, the “fortunes” of friends do not help the cause, clergy(wo)men organise seminars for this, unscrupulous men take advantage, and psychotherapists have a field day. Books that have marriage as a central theme are more likely to pique the interest of the book-loving public, and when it is described as a novel, the anticipation is heightened.

“With These Shoes I Thee Wed…But The Shoes Don’t Fit” is a novel which explores the lives of different individuals whose actions and choices are somewhat influenced by their concerns about the concept of marriage and accompanying expectations.

There is Toke, a successful 31-year old fashion designer who has endured a string of failed relationships, and who is being pressured by her mother to settle down, and whose cause is not helped by the fact that her best friends seemingly have it better; Ibidun is engaged and about to wed, while Chiemerie is already married and has even been put in the family way.

There is also Lola, a 33-year old thriving but bossy lawyer, who has to put up with all kinds of behaviour from Dayo, her womanising boyfriend, just so she can sustain her hopes of getting married in the near future. She turns a blind eye to his serial cheating, shelves her values, and takes all sorts of steps to hold on to Dayo, even to the point of producing a doctored pregnancy test result.

There is Mayowa too, the son of an evangelist, and younger brother to Ibidun. He is faced with the challenges of building his business venture, and is equally confused as to which woman he would end up with.

In about 180 pages, Tope Omotosho attempts to address a number of issues that rear their heads whenever the subject of marriage is broached. She throws light on the areas of fidelity, pickiness, desirable physical qualities, divine direction, warning signs, and even the question of age difference, or more specifically, dating an older lady.

“With These Shoes I Thee Wed…But The Shoes Don’t Fit” is a book that would appeal to Christian teenagers and young Christian adults who want to read a love story without having to “worry too much about their souls”. For want of more specific categorisation, the book can be described as a “Christian romance novel”. It is, however, not a book to be recommended if a prospective reader intends to experience literary fireworks; there is more emphasis on content than style, the diction and narrative pace is pretty pedestrian, and the author’s prudishness and conservative nature is evident in her use of words. Too many words and paragraphs are spent describing dresses and makeup too, creative space that could have been expended on character development and soulful dialogue instead.

This body of art is also in need of some structure. There is an effort to keep the language of the book at a simple and nearly colloquial level, but even at that, a little more editing wouldn’t hurt. The hyphen suffers from incessant use in the first two chapters, and even where conversations are expanded to reveal the mind of the characters, the arrangement of dialogue leaves much to be desired. Poor editing and proofreading often prove to be the death of many a wonderful idea expressed in print.

The book is didactic, maybe too didactic, and could use the services of a ghostwriter to infuse more creativity. It contains useful, albeit subjective nuggets when it comes to marriage, but if you pass it up on a book-buying spree, you wouldn’t have missed much.

Want an e-copy of this book?  Get one here on the OkadaBooks website. 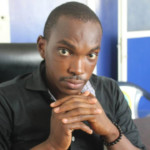 Do it with Love