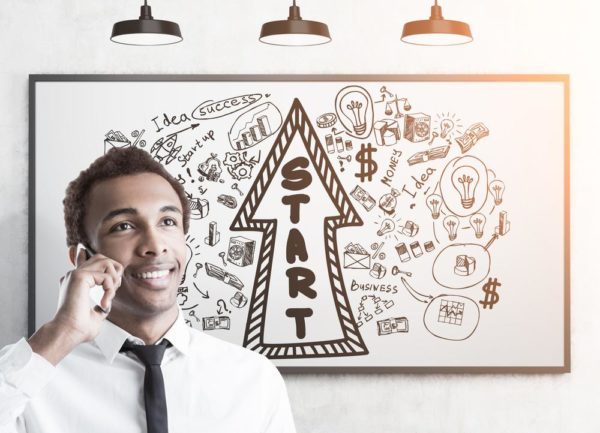 While Silicon Valley continues to dominate the global conversation around innovation and tech entrepreneurship, early-stage tech-enabled ventures across Africa are quietly gaining significant traction among investors, customers, and other stakeholder groups.

According to reports, Africa-focused startups raised over $360 million in 2016, up 33% from 2015. With various opportunities created for savvy entrepreneurs by the ongoing mobile revolution sweeping the continent and other favorable trends, it’s perhaps not surprising that this momentum has continued into 2017.

Right now, for example, CCHub is taking startups from Nigeria and 8 other African countries on a three-week #PitchDrive through Europe with the specific goal of raising over US$20 million in investments. But one doesn’t have to wait three weeks to find foreign investors writing big cheques for a stake in some of the most-promising startups across Africa.

From January through July 2017, a number of Africa-focused startups raised significant equity funding ($1,000,000 and up) from global investors:

And elsewhere on the continent:

So far 2017 has seen several international investors placing big bets on Africa. And as Africa’s digital revolution proceeds, and past predictions come to pass (e.g., the gradual rise of the middle & consumer class, rapid urbanization, and strong working-age population growth), more and more opportunities will be created for tech entrepreneurs to tackle big problems across the continent in a commercially feasible way.

Investors, both on the continent and abroad, who are willing to brave the inherent risks of such enterprises now will be well-positioned to realize the (increasing) potential for return in the future. After all, fortune favours the bold, and in the world’s frontier markets, especially sub-Saharan Africa, that’s doubly true.

Eniola Olaosebikan: Letter to a Little Me

The Institution of Marriage and its Many Gatekeepers: A Review of “With These Shoes I Thee Wed…But the Shoes Don’t Fit”

Emeka Ajene is the Managing Partner of Africreate, a boutique innovation consultancy in the African tech & SME ecosystem, and the Editor of Afridigest, a business media brand focused on analysis & insights for innovators across Africa & beyond. He previously led regional operations for Uber Nigeria and customer experience & marketing for Konga.com. Follow him on Twitter: @eajene.