Akpo Uyeh: 12 Types of People You Find in the Banks 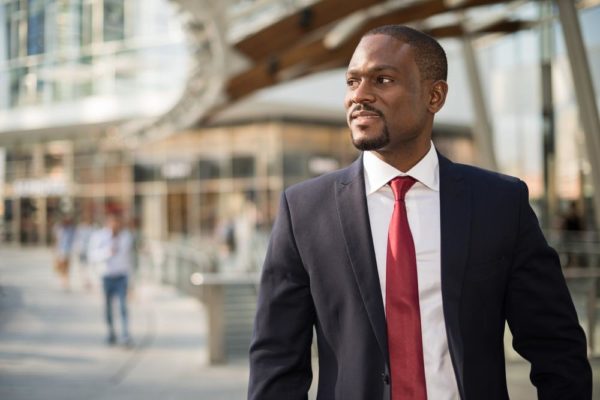 I came across a meme showing that most guys do a lot of withdrawing of money on Fridays, while most women do a lot of depositing of money on Mondays from their banks. I don’t know how true that is but I do know that it was a Monday morning, a wet one as that, that I had to dash into the banking hall “to do a thing or two”.

Then, it occurred to me that the bank is another drama house that hosts different people with different needs and interests. You meet the good, the bad, the ugly and all.

Basically, you just get to find these set of people in Nigerian banks. They include:

1. The Latecomers
Banks normally close for the day at 4.00 p.m but somehow these set of people just seem to get there late. Sometimes, it is as a result of poor planning. It is one excuse or the other. Some others had more pressing engagements that took most of their time. You might not blame them if they were held up in traffic congestion, because that one is another matter for another day. However, these people, after getting to the bank late, resort to begging the security guards for favours, hoping the men in uniform would listen to their pleas.

2. Biro borrowers
I mean, you are coming to the bank, so you would definitely need a pen! Okay, maybe it didn’t occur to them, but these people borrow pens in the banking halls. The most annoying thing is when you have to beg for your biro to be returned or you can’t find the person who borrowed your pen again. Some are nice enough to return the pens without keeping the owner waiting, while others just disappear with pens, just like that!

3. The Rule breakers
They jump the queues. They do not respect other people’s presence. They also disobey bank rules like receiving calls in the banking hall e.t.c. These people just believe in playing smart and think they are immune to any form of sanctions.

4. ”Pepper dem gang”a.k.a Slay Mamas
With their make-ups on fleek, latest hairdos, trendy clothes, these people particularly ladies make heads turn in the banking hall. Most times they get preferential treatment from the menfolk because of their sex appeal. They might just be the reason a jealous female cashier/banker would deliberately delay other people on the queue.

5. The Complainers
For them, they would always remember the good old days when everything seemed good. They would complain about poor customer service, bad network, poor delivery, lack of infrastructure and everything else that has to do with the particular bank. As if that is not enough, they start making comparisons with other banks that appear to do better than the one they are patronising. They would also threaten to close their accounts.

6. The Metal Detector Door Rejectees
At times you wonder if the bank is out to get them out because no matter the number of metals they remove from their body and personal belongings, they are rejected at the entrance. Most times, protocols have to be broken for them to gain entrance. For them, it is hard work to gain entrance into the bank.

7. The Seat Occupiers
They are in the bank to occupy the available seats that because they simply accompanied a bank user to the bank. So instead of loitering around, they deem it best to take a seat and wait for their friend, relative or colleague or whomever they came with.

8. The ‘Not so Schooled’
These people are in need of assistance. You might not want to appear too arrogant showing that you are learned when they approach you for help on what to do, how to do, what to write, where to go. Sometimes you find them at the ATM struggling on how to carry out an operation. You have to be careful that you don’t laugh at them when they start asking you what to do or start ‘blowing fuse’ with their bad English grammar.

9. The Not Interested
No matter what goes on in the banking hall whether good or bad, they would show lack of interest. They are just there to do what they have to do and get out. The complaining, the praises,the dramas, the activities…nothing interests them. Their minds are somewhere else and on something else. You might even find these set of people stuck with their headphones listening to music.

10. The Over Schooled
Just as we have the ‘not-so-schooled’, we have the “Over schooled”. They bombard us with big words. We might consult them for assistance and directions. They seem to know everything banking. You wonder why they are not in the banking system.

11. The Questioners
These people always come to the bank to ask ‘Are you the last person?’ and then you give an answer and they tell you that they are behind you only to disappear only to cause confusion. They try to keep space on every queue, phew!

12. The Uncategorised
We do not know why they are in the banking hall probably to supervise or to observe what is going on. Or they are just there for being there. Well, you never can tell. Maybe they are on a mission.

Mercy Abang: Nigeria Has More than 10.5 Million Children Out of School… Let that Sink In