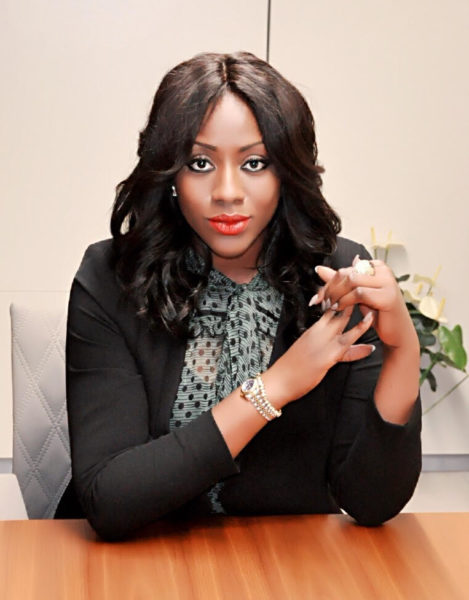 Over the past few weeks the Internet has been buzzing with the news of actress Dorcas Shola Fapson accusing her Taxify driver, Mr. Udeh Henry Nnaemeka, of attempted rape, kidnapping and assault.

In an attempt to defend her self Miss Fapson emptied her pepper spray into his eyes, and then took to her social media handle to narrate her story. Subsequently Mr. Nnaemeka has filed a lawsuit against her and is claiming N5m in damages.

I’m not going to go into the details of the case, I am sure we are all fully aware of what transpired that day. However, I have had several casual discussions on this topic and in the wake of the back lash received by Miss Fapson, I just wanted to shed more light on the offences alleged against theMr. Nnaemeka, as well as the notion of “burden of proof”.

Penal Code vs. Criminal Code
When dealing with criminal law in Nigeria, one must understand that the Northern States adhere to the Penal Code, whilst the Criminal Code governs the Southern States.

Both have been in place for over 50 years, and are generally one and the same thing, except for minor differences reflecting principals of Islamic law. For example bigamy is not a crime in Northern States; on the other hand the Criminal Code was entirely modelled on the British legal system.

Mens Rea vs. Actus Reus
When considering criminal offences and attempting to prove beyond reasonable doubt the guilt of an accused, an intention on its own, no matter how hideous will not be enough.

All criminal offences must have 2 basic elements. These are: –

For most crimes, where the prosecution cannot prove that both elements were exhibited by the accused, the charge cannot be successfully maintained. Where the mens rea is established, but there is no corresponding illegal act, for whatever reason, the prosecution will be able to maintain the charge of “attempted …”, however the substantive offence will fail.

What Is Rape?
Under the Criminal Code, rape is defined as “unlawful carnal knowledge of a woman without her consent”. When placed under further scrutiny with the Penal Code, a man is said to have committed or attempted to commit rape when he: –

What is kidnapping?
Kidnapping is simply the physical removal of a person by use of fraud, fear or coercion, resulting in the seizing, confining or detention of a person against their will.

A vital factor in the offence of kidnapping is the intent of the kidnapper. As stated above, the mens rea and the actus reus must both be present for the charge of kidnapping to be successful. Thus, the kidnapper must have intended to physically remove a person from one place and confine/detain them in another; whilst the actus reus is the act of using fear, fraud or coercion to successfully do this.

What is assault and battery?
Using a strict interpretation, an assault is causing an intentional fear of the infliction of harm, whilst battery is the actual application of force against another person.

For example, in an instance where X enters an office and fearfully threatens to slap Y, that would constitute an assault; however, it is only where X actually then takes steps to have any forceful contact with Y that the offence of battery is committed.

Under the Criminal Code, assault and battery are synonymous of each other and used interchangeably. A person is guilty of an assault when he “strikes, touches, or moves, or otherwise applies force of any kind to another person, either directly or indirectly”.

Legal burden of proof – Criminal Cases
When we speak of “burden of proof”, we mean who has the duty of proving their case in court. In criminal cases it is for the person making the accusation to prove their case, thus proving that the defendant is actually guilty of the crime alleged against them.

Charges against a defendant in a criminal case must be proved beyond reasonable doubt; this is the highest standard of proof and the accuser must successfully show that there is no reasonable doubt in the mind of any reasonable person as to the guilt of the defendant.

Where the accuser is unable to satisfy and offset their legal burden of proof, then their claim will fail. Because of the fact that it is not for a defendant to prove their innocence, it is not unheard of for a defendant to offer no defence, and leave it for the prosecution to simply prove their case beyond reasonable doubt. However, this rarely happens in Nigeria and tends to happen where the defendant has no defence, but knows that the prosecution has a very weak case.

Conclusion
In a previous article I discussed the implications of the offence of libel and slander, please check it out to refresh your memory.

One thing I will stress is that in this day of social media we are seeing disagreements being escalated and made into hot topics. The layman should always be mindful of how they treat others, as one day they might just cross that person who will change their life forever. In the same breath social media influencers must also be mindful of their words and actions whilst playing to their audience of potentially millions. They should understand that everything they say can and will always be used against them.

Random fact: under Nigerian law, it is not legally possible to rape a man.

#LiterallyWhatsHot: The Gospel of Christ, Neo-Paganism, and Paganistic Messages – A Review of David Ayo-Akerele’s “Driven By Love”.

After Five: 5 Tips For Avoiding Being the Victim of the Security Guard Hustle