Cisi Eze: FAQ on the "Other" Sexualities 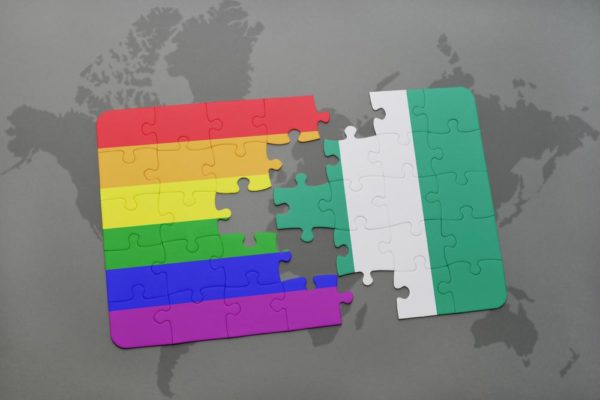 Over time, I have had different conversations with homophobic people. Their homophobia is valid, because they do not understand what it means when people have a different sexuality. The human psyche fears that which it does not understand. Fear happens when we feel something poses a threat to us. We confront it or we escape it – fight or flight. In our bid to fight, we get hostile.

Most of us have closed our minds to understanding sexuality. We do not want to hear of it. Some of us have demonised being queer. I do not want to believe Nigerians are an evil bunch who would hurt people who are not hurting them. Working on the assumption that most homophobes have not understood the idea of sexuality, I decided to address few misconceptions people have of queerness.

It Is Against Religion
Religion backs many cases of homophobia; however, most of us need to understand that religion, like diet, is personal. From flirting with several religions, I learnt that God, according to various religions, is a loving being. How can we claim to hate people in the name of a loving God? Fornication is against most religions, but how often do we call it out? No sin is greater than the other.

Jesus lived in a time where people were queer, but what did Jesus really say – with his own mouth – about having an alternate sexuality? Jesus Christ, not Paul or Peter, is the basis of Christianity.

The sins of Sodom and Gomorrah are listed in Ezekiel 16:49. These sins are normalised in Nigeria.

It Is Unnatural
Nature, not nurture/society, decides what is natural or not. If society decided what is natural, no one would be born intersex. Nature fights something it does not want to exist. If nature did not want people to be queer, millennia of people being gay would have provoked nature to annihilate gay people.

Paedophiles Are Homosexual
“Gays are paedophiles. They rape young boys.” Someone told me.

I replied, “How about the ones that rape young girls?”

In the case of paedophilia, the criminal is attracted to the age of the child, not the sex organ or gender identity. As the child is below the age of consent, it automatically becomes rape.

Having sex with children is not a sexual orientation. Sexual orientation is defined as “a person’s sexual identity in relation to the gender/sex to which they are attracted; the fact of being heterosexual, homosexual, or bisexual.” The definition did not include age. The attraction in paedophilia is age, not sex/gender.

You Can Cure Gayness
This is tantamount to saying you can cure negritude – the state of being a Negro. You can change your physical features, but your genes remain black. The black remains in you.

You can repress and suppress the gay, employ different ego-defense mechanisms to help you cope with the gay, try to pray the gay away. You can do all that, but it does not take away the gay from you.

Repression is not erasure. Therapy does not “straighten” out queerness. Internalising homophobia, hating other queer folks, will not “fix” the gayness.

Marriage was invented for economic reasons, not love. Were it for love, you would not have a master-slave dynamics. A couple consisting of a gay and a lesbian could decide to get married for the sole aim of having kids if they so desire. This does not stop them from having romantic partners outside the confines of marriage, as most married people are wont to do. Yes, you would be here regardless of whatever.

“Being Gay is Against Our Culture”
In pre-colonial Africa, gender and sexuality was fluid. It gets more interesting that there are no gender pronouns in our indigenous languages.

There are four races, four temperaments, four body types. Why do you think there are not four different types of sexuality? Individuals are wired differently. Some people love hip-hop, others love ballads. Why do you think that would not apply to sexuality? History shows people have always been gay – from paintings in caves down to some African monarchs.

The chief priest of the cult of Sango braids his hair. Ogugu and Wiyeke – two female Igbo goddesses – were married. Nzinga dressed like a man and had a harem of men known as her wives. In Uganda, they was the mukodo dako – men who took on a different gender status. They were permitted to marry other men.

“Gays Are Trying to Convert Us”
Some man told me this and I told him that he was scared of another gay man raping him. Most of what the media shoved at us was blatantly heterosexual, yet a lot of us are queer. If people could be converted, LGBTQIA individuals would not want to subscribe to a life of constant marginalisation.

“It Is Demonic”
Except we say God can create something demonic. God made things beautiful. That something deviates from the norm does not make it evil. We know how monotheistic religions demonise anything different. I gave up on institutionalised Christianity after reading a “Christian’s” take on Hinduism. A person does not understand a concept (culture, for example), and the next thing is to demonise it. Really brilliant!

We fear what we feel might be a threat to our existence. How are LGBTQIA (lesbian, gay, bisexual, and transsexual/transgender, queer, intersex, asexual) people a threat to our existence? Is there any logical reason that backs hurting people who are not hurting you? It is about time we started making effort to unlearning and relearning most of the things we were taught. We should stop harming people who are not harming us.

Debbie Larry-Izamoje: Much Ado About the Influencer Marketing Craze

Design for Business with DODO: The Secret Sauce for Some of the World’s Most Successful Companies