Amaka Obi: Are You Self Sabotaging Because Your Parents Called You Dumb? 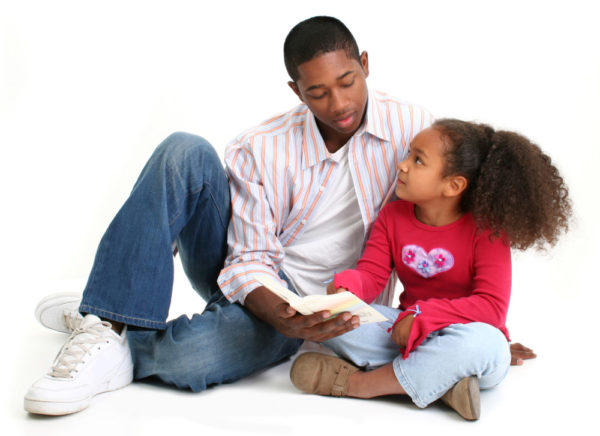 “She has so much potential. I see it in her because I have seen her perform fantastically well on more than a few occasions. And that is why her perennial clumsiness, incompetence and total lack of self-esteem confuses me”.

These were actual words used by Stella’s boss when he and I got talking. Stella (not real name) is a very beautiful young lady who works in a small consulting firm. She is a member of our closed Facebook group and she had reached out to me on Facebook when she learnt I am a family life counselor and results coach. She wanted my help because, as she put it “she was ruining her life with her own hands and she didn’t know why or how to stop”.

When we met up to have a one-on-one and to run assessments to determine her personality as well as her beliefs and values, I realized her personality was a confusing mesh of different personalities jumbled up in one person. Something obviously has happened to make her lead a life of conflicting personalities.

The more we talked, the more I heard a beautiful woman run down herself every chance she got. Her self-esteem was severely eroded and she did not have an iota of belief in herself and her abilities.

What could make this young vibrant lady think so little of herself?

I discovered that Stella suffered severe verbal and mental abuse as a child at the hands of her father. Her father seized every opportunity to rain abuses down on her, calling her every name imaginable. Her father’s regular mantra to her was “you will never amount to anything”. And he frequently used phrases like “you don’t know anything”, “What will you be able to do? You that is stupid like this”, and other really degrading and soul sucking words.

Over the years, even without meaning to, Stella internalized those words and made them her reality.

And so incompetence and clumsiness and low self-esteem became a way of life for her. She never believed enough in herself to take any chances that came her way. She had a boss who liked her and who tried so many times to create opportunities for her to help her grow and self-develop, but Stella was too timid and too afraid to take any of the opportunities.

And so during her last appraisal, her boss, after tongue lashing her, gave her an ultimatum “take a promotional exam to qualify for the next level or quit the job”.
Stella had been in one position for so long and the boss (a man who valued excellence and high performance) saw it as a slight on his part that a member of his staff was very comfortable wallowing in mediocrity.

That was when Stella reached out to me and sought for help to figure out why she was the way she was and how to get better.

With her permission and actually at her behest, I reached out to her boss to get a feel of her from someone else and that was when he said the words at the opening of this post.

I referred Stella to a colleague who specializes in Cognitive Behavioural Therapy, who could do more for her to help her think more of herself and also work with her on behavioural changes.

She is on the journey now, towards healing and growth and a healthy self-esteem.

She now realizes that the words she internalized from her dad those decades ago do not define her as a person. She now realizes that she has the power to change her life and to do anything, if she sets her mind to it. She has enrolled for the professional exam and she is very excited about it

A lot of us are living disempowering lives today because of words someone we held (or even maybe still hold) in high esteem told us in the past. Many people do not even realize this! Many do not realize that they are self-sabotaging, living a fearful life or living way below their potentials. Many are not as lucky as Stella who had an amazing boss that pushed and prodded her into taking action and seeking help. And so many just lead below average lives instead of leading amazing ones.

If you KNOW you can do better and aren’t, you need to seek for professional help. Seek out someone who will help you break down those self-sabotaging beliefs and thinking that have kept you bound and unprogressive all these years. Seek out someone that can help you realize the amazing potentials locked up inside of you.

Seek out a professional today.

As we pray to God and seek his face concerning our lives, let us also seek the face of trained professionals to help us work on ourselves and our minds.

Seeking a counselor or a therapist doesn’t make you weak. On the contrary, it shows strength and wisdom. You don’t need to wait for an irreparable damage to be done before you talk to one too.

You can get to one just by the click of a button.

Let’s start on a journey to breaking the stigma attached to seeking professional help when we need it so we can raise a nation of all round well citizens.

Have you Registered to Vote?

Amaka Obi is a family Life counselor, relationship counselor, wife, mother and talk show host. She is an ardent lover and advocate of women. Founder - Wivesroundtable She is passionate about providing women with resources, tools and information to help them be their best possible selves. Her vision is to raise a community of totally well and wholesome women who will actively pursue happiness and fulfillment in every area of their lives. You can follow her on Instagram - @amakaobi_, Facebook – Nwamaka Obi, Twitter - @amakaobi_ www.wivesroundtable.com.ng For easy and on-the-go access to these professionals, please visit www.wivesroundtable.com.ng to see a list of seasoned professionals as well as their different competencies. Or send an email to [email protected]. Do yourself some good, speak to one today!