Dolapo Omotoso: I Learned the True Definition of Corruption When I Decided to Get My PVC 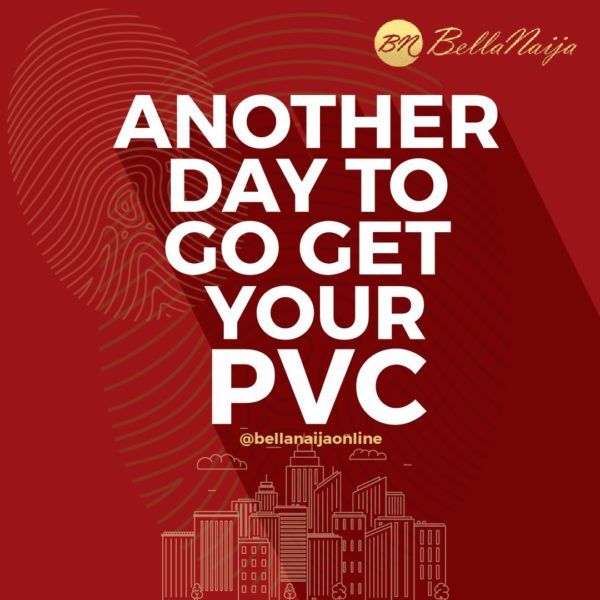 Since the elections are fast approaching, I have opinions of the candidates and what I want to see from them. Most times when I shared these opinions I always did with people that are their supporters. They then ask if I had my PVC. Any time I said ‘no’, they would mock me on how I am part of the problem and “change should start from me”.  So, I made the decision to get the PVC.

How stressful would the process be?

First Attempt.
I woke up by 6am and got to the closest PVC centre around my university by 7am. I had already done my research and was told to write my name and wait for my turn. I was instructed to come back the following day if I wasn’t attended to.

I got to the compound and was really sad and ashamed that in 2018 Nigeria still had underdeveloped buildings and infrastructure that are totally not conducive for learning. I started my search for the paper and I saw people with tattoos, dreadlocks, and bottles of alcohol with branded caps of a political party. I wanted to keep my distance, but they were currently with the paper so I had to stand beside them to write, I was able to pick from their conversation that they came from Igbesa (Ogun State) to register on the mainland because business is always better in Lagos.

I was really amazed at how causally they spoke about selling their votes. I waited till they filled the paper for 30 more of them that were on their way. I already brought out my pen to write, and immediately theirs’ stopped working, they asked for mine. Thankfully they returned it and I wrote my name as the 94th person on the list.

From 7am we waited till 10am before the INEC officials came to address us – people were to stand in a separate part of the compound if they had registered before and the card got damaged, burnt or stolen. Then a police officer with an AK-47 riffle came out to start calling the names and I noticed he told two people that were not on the list to come in. When people complained, he said they were there the day before and they were unattended to. They called the first ten and we waited till 12 for them to call the next. I already made up my mind to wait, but hell broke loose. One of the men with the branded caps went to urinate and saw the police officer collecting money from people and telling them to come in through the window.

People started fighting and I fled to return another day.

Second Attempt.
I picked a strategic date to go for my second attempt; “Monday”; under the assumption that people would go to work and not come out quite early for such, I woke up by 6am, didn’t have my bathe, brushed and was there by 6:30am. I got to the centre there and met two women running in. I whispered to myself, ‘Not today Satan’. I got in, ran to the paper and wrote my name down. I was number 18.

Whilst we were waiting, rain started falling and everyone had to find a shed to stand under, because it was equally cold. By 8am, a grumpy man left the office and announced to us that he was going to eat and when he gets back he would attend to anyone that helps sweep the office… since the woman that was supposed to clean wasn’t around. By 10am, an INEC official came to address everyone and told us that the people that could issue the card weren’t there yet, and he was going to start the process alone. The INEC officials finally arrived by 11. They still collected bribes and people that weren’t supposed to enter still did.

I was finally called in and was given a form to fill which I did, and in the space of 4 minutes I got my card printed out. I was amazed at how fast the process itself was, but I wondered why they only had one laptop. I didn’t know I voiced out that question and the guy beside me told me how the other system was being used to issue out cards to the people that paid #1500. I left that centre soaking wet and cold with an un-laminated card because only people that paid #1500 were given laminated PVC.

I learnt a lot about the true definition of corruption and how we are each other’s problems and sometimes it’s not the Government but a grass root problem.
On getting back to school I made up my mind that I wasn’t going to let Nigeria stop me from finding my real country. However, till I did my PVC, I wasn’t going to vote for anyone I learnt about in Social Studies.

Tips
If you don’t have #1500 these are other things that can help;
• Set out really early; your goal should be to be part of the first 20 people.
• If you can’t make it early, take a toddler along and act like a parent (for females only), they don’t allow them wait for long.

#PVCitizen: Your Country, Your Responsibility