Michael Afenfia: First, They Tell You What Not To Wear 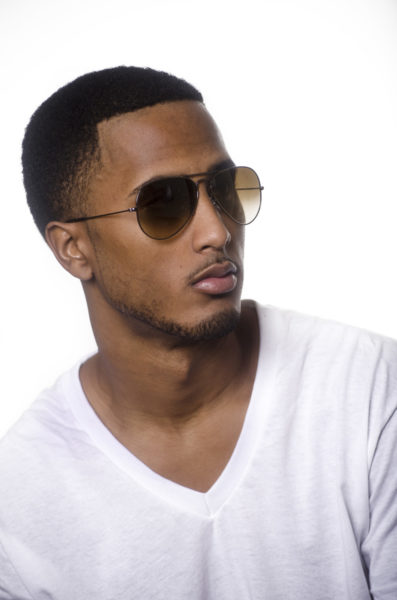 As an undergraduate studying law in the university back then, I hated attending classes. Now, I didn’t say I hated school or that I hated lectures. Far from it, in fact I was the kind of student of whom they say: ‘he came, he saw and he conquered – the library.’ Not the whole school, just the library and a bit of the refectory area.

So it wasn’t the learning I hated, it was the rules about what I could or couldn’t wear to class. I hated the dress code and all of the restrictions placed on a teenager who just wanted to rock a pair of straight or boot cut jeans or whatever kind of jeans was in vogue at the time and a hooded t-shirted, the kind made famous by R & B boy bands of the 90s.

I don’t know whose idea it was, but by 200 level, the faculty made us wear formal black and white uniforms which of course included the mandatory tie for us guys. I hated that. I hated having anything that tight around my neck for hours and hours.

I know I’m a conformist when it comes to most things, but when it involves what I wear out, I’m afraid I’m not always very compliant. I hated that I couldn’t dress like the engineering or mass communication students in my school that dressed young and fun.

Because in law school they say equity sees as done that which ought to be done, as lawyers-in-the-making we were meant to dress like we were lawyers already. I never got to practise law in the real sense of being a litigator, and I have revealed many reasons why I made that choice. The one I hardly ever speak about is my phobia for being in uniform, especially when it’s one I have to wear for an extended period. It tires me.

At the time, I couldn’t imagine myself in a world where my entire office wardrobe, until I turned sixty or seventy, consisted of only black suits and white shirts. Maybe I was allowed the occasional blue or grey, but there was no way that was going to be enough on my eclectic days.

When eventually I found myself in the corporate world of my dreams, I was once again confronted with the same restrictions about what I could or couldn’t wear. The first workplace thought they were generous, so it was either you wore a white or blue shirt, and a dark jacket on top. So we could do black, brown, blue and grey but still I felt caged. Why did I have to wear a tie to work everyday? And those company-product-promo-T-shirts advertising the sale of shares on Fridays, I wonder who thought of them?

You see us Africans, we dress with a lot of volume and vibrancy – hence the big agbadas, double wrappers, boubous, etibors, kaftans, geles, etc. Let’s not also forget our lovely ankara prints, kente fabrics, locally woven aso-oke, hand-dyed adire materials and even imported laces from Switzerland and India. I think that’s who we are as Africans.

You see the way Jidenna revived the classic man look with African prints? That’s how we roll. We like a little bit of pop—subdued or loud—which the corporate organisations in which I found myself then, didn’t allow.

When eventually I had a chance to work in a different environment with fewer restrictions, I really became adventurous. What was most fascinating was just being able to be casual on days I didn’t feel like being formal or seriously-dressed to work. If I wasn’t in any important meeting in the office, I could get away with almost anything – jeans, fitted short-sleeved shirts and loafers or even sneakers.

I guess the Kenyan side of former American President Barack Obama also rebelled against the dark suits and blue tie regimen being leader of the free world placed on him. If you were a keen Obama observer, you’d notice the swag struggling to burst loose every time he made a public appearance. Remember when he tried the tan suit that almost caused a government shutdown in Washington DC, and the many pictures we saw of him with rolled-up sleeves and ties loosened from their tight clasp of his neck?

I could tell Barack Obama was finally free when a few weeks ago he showed up for the Mandela at 100 event in a shirt and jacket, with no tie.

Me, I like all kinds of dressing – traditional, western, casual, smart and smart-casual. I could wear loafers, brogues, boots, and sandals. I could wear adire tops, ankara pants, tweed trousers – anything. Just let me wear them when I want to, how I want to and to where I want to as long as they are comfortable or stylish when I want to prove a point or very formal when the occasion demands it.

A friend had to pull his kids from a perfectly good and affordable school because the management insisted that they cut their hair in a certain way. Someone in the school probably had a brainwave that to perform well academically, the kids had to have little or no hair on their scalp. So they went to another school that let them keep their Afro and still did very well, perhaps even better.

Well… To everyone his own, but now that I’m as bald as Banky W or Michael Jordan, I’m glad I can look at my throwback pictures and say me too I did punk back in the day.

Chinenye Obinwanne: Here’s Why You Should Breastfeed Your Babies

Drop the Weight with EJ: Forget Doing It All With Healthy Living, Focus On What Matters