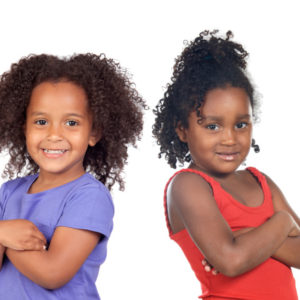 It takes a male’s sperm and a female’s ovum to form a zygote. That is basic biology. Society, however, expects that the male and the female come to an agreement before engaging in activity or process that would lead to the formation of the zygote…but it is not always so. There have been situations where the male and the female agree, and they try… but there is not zygote and they can’t  have a baby; and there have been situations where they both agree and a zygote if formed, but when the baby comes, the man decides he is no longer good with the agreement and denies responsibility of being father to the baby.

Usually the man denies paternity for a number of reasons: a conviction that his sperm was not the one that fertilized the ovum, a fear of the responsibility that comes with the baby, distrust or fresh hatred for the woman, psychological trauma, cultural demands or even for religious reasons.

Here is a thing though, when a man denies a child, the woman is left alone, and often blame herself for the pregnancy. If the denial happened while she is still pregnant, her first thoughts may be to terminate the pregnancy. If she already has the baby, she may feel rejected and become stressed over how she is going to raise the child alone and how her family will react to her predicament. Not only the woman, paternity denial also affects the child in the long run. The mother may deny the child the opportunity to know who his/her father is and that may create a gap in the child’s life and lead to resentment towards the father, or the child may suffer the depression and psychological damage that stems from being rejected by a parent.

Luckily there are some laws that regulate these issues with paternity denial. Under common law, a child is presumed to be the child of the man by virtue of a “presumption of paternity” or presumption of legitimacy if the man is legally married to the woman. Though, these presumptions may be invalidated by evidence to the contrary, for instance, in disputed child custody and child support cases during divorce, annulment or legal separation. Unlike decades ago when most children were born into the “traditional” family where the biological mother and father were married, there are a variety of different familial scenarios into which a child may be born in today’s society…and this further complicates things.

The Nigerian law, however, does not adequately account for these number of potential situations. Sure, if the man in question denies that he is the father of a child, and the mother can request DNA testing to help establish fatherhood and the law should help with this, but most time you find that with these cases, the affected are most times asked sort it out themselves,  on their own. The man can also refuse to take the paternity test or prolong it for eternity, without the judge necessarily find the man in civil contempt of court.

As a result of this, we see  cases of children being neglected by their biological parents. There are also cases of paternity fraud where the woman (in order to save herself from shame) pins the pregnancy on another man.

In all, the psychological trauma that comes with paternity denial and paternity fraud does not only ruin so many marriages and homes, it has adverse consequences on the society at large. Apart from the psychological damage on the child, denying the child of the rights to determine his/her biological father denies them of certain entitlements including: financial support from both parents (A court cannot order an alleged father to pay child support until paternity has been established); medical history to know if they have inheritable health problems; and more. There a need for more stringent child support laws for this kind of cases. For instance, before a man can deny paternity, he should be made to sign an affidavit under penalty of perjury -this means you could be charged with a crime if you lie on the form.

Can you think of other possible laws the Nigerian government could consider implementing for cases like this?