Abimbola Adeluwoye: What is the Relevance of Education in the 21st Century? 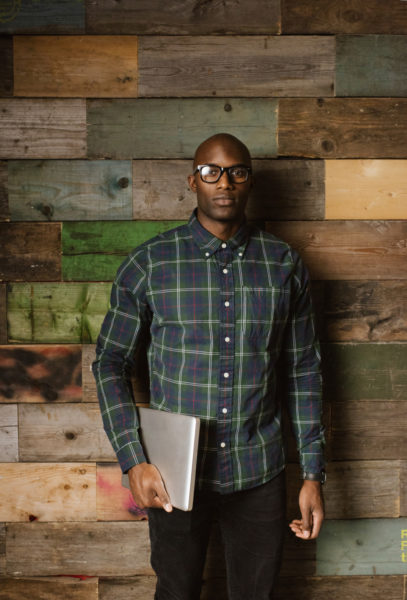 One of the recurring questions of early childhood was, “What do you want to be when you grow up?” It was usually met with excited, impressive sounding responses like doctor, lawyer, or engineer. It changed over the years to whatever tickled our interests, like what superhero we idolized at the time. I once heard my friend say he wanted to be Superman.

When I was at the University, I used to teach during vacation/strikes at a primary school. At one time, I was assigned to teach Primary 4. We were having a class once when I decided to ask the students what they wanted to be when they grew up. We were two rows in when it got to the turn of this student. He got up and said, I want to be an “Uncle”.

I am ashamed to say that the whole class erupted in laughter and I could not stop them. The muscles of my face and stomach convulsed while tears streamed down my face with the effort it took not to laugh. I, finally, in a high pitched voice asked, why did you say that? He responded that Uncles always had money.

With the arrival of colonialism and our exposure to other lifestyles and concepts, a lot of things changed. These included our desires and the concept of who was deemed as great or relevant. Never mind that your forebears owned great cocoa farms, were renowned landowners, or fearless warlords. If you did not go to school, you were illiterate. It used to be such a terrible word.

Also, the power shift brought about by colonialism brought a desire to be like those in power, so we could equally be regarded as powerful. We wanted to be attired like the colonialists, talk like them and have the trappings of their versions of who a successful man is. We exchanged the need for wives and goats for cars and sharp suits. Going to school and acquiring a formal education were the ways of ensuring this. It was the new trend, and as with such things, everyone wanted in.

Gradually, people abandoned other means of livelihood to go to school. It wasn’t a problem then, the demographic shift from villages to cities was even encouraged. I remember an older friend telling me he had a car and a house from the government waiting for him immediately he was done with service. Needless to say, things are not the same anymore.

The formal education sector has become oversaturated and there isn’t enough to go round. Graduates are cheaper by the dozen and the population has quadrupled. Graduates used to be like gods. Now, they beg for jobs and have a side hustle. A first-class degree does not even mean much anymore.

Society has become bipolar. There is now a new right and wrong and it’s battling with the old order. We were persuaded to go to school, read and finish with good grades. We were told this was the only means of ensuring our future. But why put in the 9-3-4 trajectory when society rewards TV game shows with millions of naira instantly or within months; an amount some will never earn even after 35 years of gainful employment?

People say follow your dreams, follow your passion. Our passions and dreams are almost absent from the classrooms. They seem to found on the football field and permanently resident on the streets. They are found in comedy, music, writing, inventing applications, dance, acting, cooking, photography, fashion and the like. Suddenly, having lots of followers on Instagram or Twitter can make you a billionaire overnight, and not what you studied in school. Your ability to pop at the club is what makes you the go-to guy and not the student who graduated with a neat 5.0, whose name nobody really remembers.

The 9-5 acculturation which was compulsory has become stifling and we can see the cracks. Those in the work force live for the weekends. Or they talk about leaving to follow their dreams. The opposite is now happening, people are abandoning formal education for what their forbears were engaged as. With contemporaneous twists, areas such as agriculture, animal husbandry, esusu, and fashion, have witnessed a return in droves. Very soon, we would have the same problems with the consequent over-saturation of those sectors too. It’s a see-saw effect that will lead nowhere.

Some courses currently being taught in the University will become obsolete by the time the student graduates. Some industry practices have changed with a lot of technological variations, but the teaching method is as extinct as the blackboard it is being taught on.

What’s the relevance of education in the 21st century? A lot; not just as we know it now. But only if we are bold enough to make the changes it requires and not wait for one developed country to set the pace before we follow.

The first question we should ask ourselves is what is the purpose of education? Giving that the certificate is used to get a job to make money, I believe the purpose of education is to learn, so you can gain knowledge that will help you make money. That is not the case anymore as people make more money from their side hustle than from their certificates. It is not enough to include entrepreneurship as a course in schools. There needs to be a total overhaul of the whole curriculum from primary to advanced levels.

Secondly, education takes too long. The brains of our young ones and the current needs of society does not require the sort of lengthy pursuit we try to cram into the short time before we reach a particular age. 12-year-olds are becoming millionaires. My boss, who earns about a million monthly, said her daughter, who is in her early thirties, earns far more than she does. And no, she doesn’t work in an oil company. People should have the opportunity to reinvent themselves many times in their lifetime rather than this long, drawn-out monologue we call a job.

We should work from backwards forward, reorientate ourselves toward identifying passions early. Class projections (Basic 1-9) should be removed and a more explorative skills-based test should be employed to identify what a child gravitates toward and classes be arranged according to those skills. Why can’t a 14-year-old perform surgical operations? Why can’t a 16-year-old fly a plane? Or a 13-year-old teach a university class?

Playtime should be extended and less time should be given to classroom styled teaching. There should be more field experiences once a child’s skills set are identified so he can start assimilating the facts and methods as soon as possible. Another plus is that a person would be able to keep going back to this stylized form of education at different ages and learn as many professions as he wants over time.

Lastly, the question, what do you want to be when you grow up, is singularly one of the most dangerous questions you could ask a child. This is because you force them to think their answer is all they could ever be and that it defines them for life. Hasn’t it for most of us?

Rather ask, what would you like to study in the University? At least no one will respond “Uncle.”