#LiterallyWhatsHot: "The Silence We Eat" by Oyindamola Shoola, Urges Everyone to Use their Voice as a Weapon 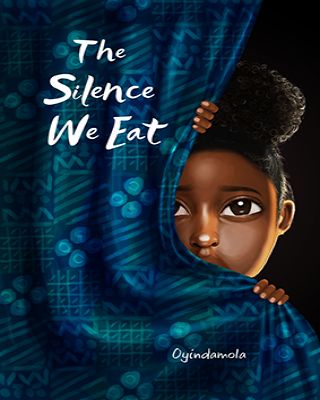 We’ve been made to believe that silence is golden when it’s only gold plated. For beneath that shimmery surface are varieties of colours telling one too many stories. The blue-black hue of a battered face, the thickening redness of a bleeding heart, or the blackness of a broken spirit.

The Silence We Eat is a book that cuts across several societal ills that we seldom talk about, ranging from sexual assault to domestic violence, bullying, harassment, trauma, and the likes. Writing from the victim’s perspective, the author, Oyindamola Shoola, has been able to employ the use of poetry, short stories and quotes to take us into their world of pain and shame, bringing us to a central message – silence.

Silence has become that friendly stranger we have so easily embraced because of the false comfort it seems to offer, our voices losing courage in the face of impending stigma. Many women have been made to condition their minds into accepting blames for the sins of others, pain, shame, and guilt becoming their closest companions. We play pretend, and not even the religious bodies have a solution to these problems.  “Pray,” “It is well with you,” “Be strong,” etc., have become tunes we now dance to.

The book for me scores because it started hard, going straight and hitting the nail on the head. Every word has been impeccably chosen to drive home the point. It then reaches a crescendo and softens with an influx of humorous stories featuring the legend, Fela.

Let me warn though, the imagery used in this book is so real it could be triggering to victims and survivors.

Get your copy now on OkadaBooks
**********************
Reviewed by Yemi Taiwo. Yemi is one chemist you won’t catch mixing chemicals. Instead, she creates powerful reactive agents with the use of words. It’s no wonder she’s called “D Word Chemist.” You can find her mixing concoctions in her lab.

Your Better Self with Akanna: There Are Always Two Sides