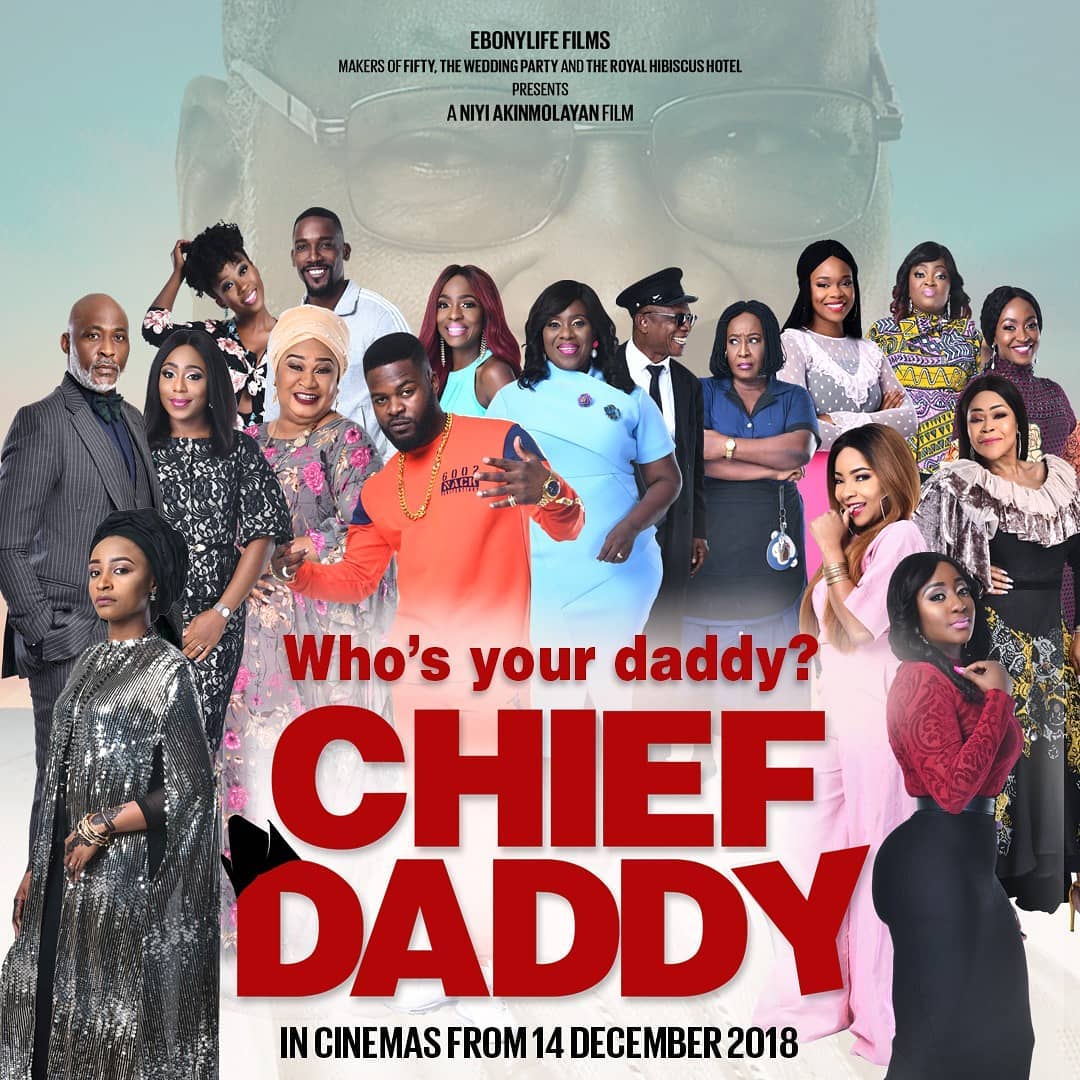 There are a vast number of stars in the new Ebony Life film, Chief Daddy, but there is too little that matters. The plot is thin, the acting is sparse, the laughs come in late, but, yes, there are many celebrities.

Chief Beecroft, the titular Chief Daddy, dies early in the film and an assortment of characters descend on his mansion. His surviving wife (Joke Silva) had only her rapper son (played by Falz), and his two older half-sisters from a dead wife, to contend with. Now, there is a mistress, a love child, another mistress, and a set of twins.

Apparently, Balzac was wrong: Behind every great fortune lies a greater libido. According to his lawyers, played by Richard Mofe-Damijo and Dakore Akande in a nice Ebony Life Productions in-joke, Chief Daddy wanted a bit of a groovy funeral involving all of his survivors’ contributions — a requirement before the reading of his will. But with all of the acrimony and bitterness, how are they supposed to get together? The film’s plot is hung on this thread.

If you have guessed that the high point of the story would come at the funeral, you are either really smart or you watched The Wedding Party movies. (A scene with a wordless Bisola Aiyeola is the humour highlight, a rap single by Falz’s character coming in second place.) Broadly, Abudu’s productions need an anchor scene where bright colours and narrative climax come together. It is how—and maybe why—almost all of the Ebony Life films feature a kind of celebration. Royal Hibiscus Hotel is the sole exception: 2015’s Fifty revolved around a birthday; The Wedding Party movies had the eponymous event; Chief Daddy has a funeral. Celebration is the point in these movies.

Even if the director is Kemi Adetiba, Ishaya Bako or, in this case, Ebony Life’s new favourite, Niyi Akinmolayan, whose only contribution here seems to be allowing his DP make several pans within a continuous shot, the directive, one imagines, is the same : no character is allowed to cry anything but tears of joy, and if there is any inkling of sadness, a plot turn will be fabricated to fix the glitch. This means that although Chief Daddy makes some noises about the usefulness of a family’s cohesiveness, this really is a film that was made to give Nigerians a chance to catch their celebrities on the big screen especially as the Christmas holiday season is upon us.

Some of these celebs are in roles so small that it is not hard to imagine that a business developer told Abudu and Akinmolayan to include their scenes so that blinking viewers might buy another ticket to catch them. If so, mission accomplished.

“I don’t know whether to laugh or cry,” someone says in the film. Well, me too.