BN Book Excerpt: Adenike - Her Story, Your Movie, His Glory (I) 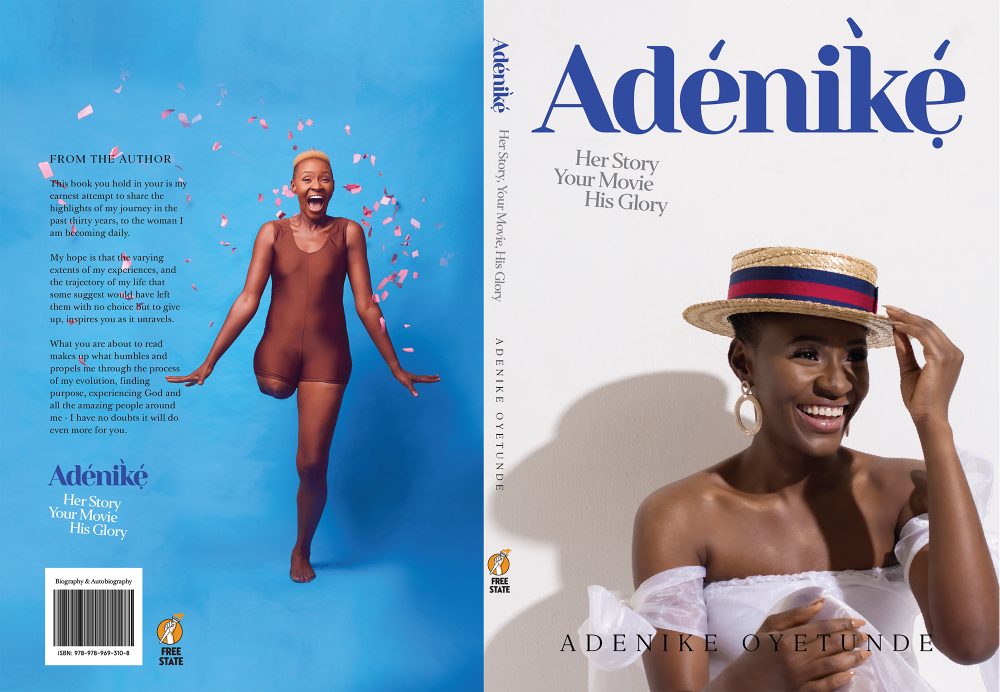 BellaNaija has partnered with Adenike Oyetunde to give out four copies of Adenike – Her Story, Your Movie, His Glory. {Click here to read the announcement} Read the first of four excerpt from the book.

***
While carrying the last bucket from my bathroom to the storage room, I slipped in front of the bathroom and landed on my right knee. It was painful, so painful that my screams prompted my dad and his guest to rush to my aid. They helped me up, though it was so difficult standing; my father gave me a pain reliever. Still in pain, I had to leave for school—after all, it was just a fall, or so we all thought. As it were, I had no bruises, no fractured bone(s), and/or swelling. I tried ignoring the pain because prior to the fall, I was already having pains in that leg. A nurse had once mentioned the likelihood of arthritis. As was the norm, I called my parents when I got to school to inform them that I had arrived safely. I do not remember what happened between Monday and Thursday that week, not even the pain in my leg.

All I remember starts from Thursday morning. Our apartment—made up of a room, kitchen, and a toilet—was occupied by me, Abidemi and Sister Dayo. I’m not sure our last roommate Ebun Idowu was with us at this point. As there was no bed frame, the mattress had been placed on the floor. We liked it that way, anyway. That Thursday, I had a lecture for noon, but I was unable to get out of bed. When I told Abidemi that I could not stand, she thought I was joking. Everyone laughed, me inclusive. At that point, I didn’t count it as anything serious. At 8 a.m., I made the second attempt to get out of bed but failed. The third attempt at 9 a.m. also failed. Around 10 a.m., it became obvious that something was wrong, because by this time, I would have started to prepare for my lecture, made a meal, or at least taken a shower or done my makeup; but I was still on the bed.

It was then that Abidemi realized that I might be telling the truth about my inability to get out of bed. Tayo Akindele, another friend of mine who had a car planned to pick me on his way to school. I think Sister Dayo called to tell him that she needed him to come pick me, as no one knew why I could not get out of bed. We were not sure whether to go to the nearest hospital or Lagos. When Tayo arrived at my hostel, he carried me to his car and drove to Lagos.

There was no one at home when we arrived. As my parents were unaware that I was coming home and I didn’t have spare keys to the house, I had to stay at Joke Ojo’s house. From there, I phoned my parents to inform them of where I was and what had happened.

***
By this time, I had lost all the hair on my head and had gone shopping at Bodija market for sandals, shoes, clothes, wigs and a couple of other essentials. My father was perplexed about why I was so eager to leave, but he allowed me to do as I wished. From the hospital, he drove me to school after the fourth course of chemotherapy. During the drive, I gritted my teeth, tried hard not to give in to the nausea coursing through me. Ignoring it was hard; nausea was nothing like my blackened skin and skinny frame which I had chosen to overlook. My dad must have noticed my discomfort because he repeatedly asked if I was sure I wanted to return to school. Every single time, my response was “yes.” He soon stopped asking. The choice to stay tough came after I realized that I had no option but to fight for my life. My parents had done their best; the ball was in my court. Beside my personal disposition to being positive, I was thankful that I had since learnt the power of positivity. Once I got it into my head that I wasn’t going to die, I grew cocksure that my death wouldn’t come at the hands of cancer. After a long time spent running from pillar to post, I was ready to live. I wasn’t concerned about what would happen tomorrow. All I was concerned about was NOW. I wanted to live for NOW. I wanted to breathe and live pain-free, I wanted my peace; I wanted to enjoy life. I had begun to suspect that it was a different world out there for amputees, but I never anticipated what it was. At that point, I was not concerned about getting a prosthetic limb; that was possibly the least of my worries. I wasn’t concerned about what anyone said or what they would say. I wasn’t concerned about people staring at me. I wasn’t concerned about how much I had changed. I wasn’t concerned about who said what, because people will never stop talking. All I was concerned about was going back to school and writing the semester examinations. Living my life to the fullest had to be a decision, and I was intentional in my resolve to do so. I was ready to face my future, one day at a time. Not even chemotherapy would hold me down.

Emeka Nwonu: Dear Entrepreneurs, Failure is Part of the Process