Temi A: My 9 Year Old Child Is Not Your Husband 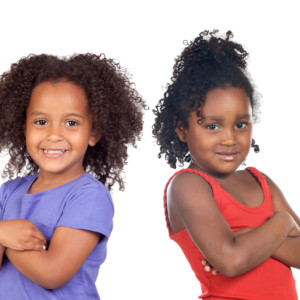 In the spirit of new year, new me, I decided to go to my mother’s church on Sunday. (Somewhere in one corner in hell the devil is weeping on account of this lost soul. Amen!) As I sat down, a lady walked over to where I was, and kicked off a conversation with the lady who was sitting beside me. The lady sitting next to me asked the other “how is my husband?” (referring to the lady’s 9-year old son) The lady responded with a pleasant smile and said, “He is not your husband, he is your son, but he is doing fine. He is so grown up now.” The other lady still maintained her stance, jokingly of course, and responded with “but he is my husband now”; The mother, once more, corrected that notion and said “no no, you should only call him your son, he is your son not your husband”. They both laughed, smiled, and the conversation ended once more with a “happy new year”.

I was gratified by the mother’s responses in the course of that conversation.  I don’t think  the other lady was being overtly inappropriate, but  I believe that language, as it concerns children (either in describing them, or referring to them) should remain child-friendly. It should be protective of their innocence and childhood and should not attempt to impute any qualities of adulthood on them.

Humorously referring to a little girl or a boy as one’s husband, or wife is not new to me.  In the Yoruba culture and maybe other cultures too I imagine, it is not amiss to describe a girl in the family as “iyawo kekere” (little wife) in jest. It is also considered normal for an adult to jokingly refer to a child as either their wife or husband, and I bet a lot of us have these experiences.  I remember always bursting into tears to the amusement of the adults around me whenever one uncle referred to me as his wife when I was a kid. I cannot say I was scarred by this, or that it had any adverse effect on me growing from childhood into adulthood. I did not recall this either until writing this article brought it to mind, but I did not like that uncle, and my tears were certainly proof that it was not a joke to me.

Words are important because they guide our thoughts, and in the same vain, words that address children should be thoughtful – not only because we want to protect the child from harm, but also because it guides the speaker’s thoughts and eventually actions.

A few weeks ago we all saw the video that went viral where two men were describing little girls as sexual beings for wearing bum shorts. The first “educated” man said this and when the show’s host tried to correct them, the even more “educated” companion rode in on his chariot of peace to help her “see the light” in their way. If it isn’t so disgusting, it would be laughable. This conversation came right after they were discussing the correlation between  rape and female outfits such as “short skirts” (this is also another disturbing facet of that conversation, but we will leave this aside for now).

For people like these, their knowledge base is fundamentally disturbing, and this is why policing the way we speak about children is a practise that should be adopted.  Playful terms that attempt to identify children as grownups or put them in the stead of one should be discouraged. I was very glad the woman in the church politely shut down the attempt to refer to her son as a husband. I was also gratified to see the show’s host remind the men that they were talking about children when they crossed the line.  It is important to do this in a lot of situations that we often take for granted.

As a parent would you or do you attempt to police terms used in referring to your kids? Do you think it is worthwhile? If you were in the lady’s shoes would you do the same? Or do you think she was a bit over protective? Are there words or situations that don’t quite cross the boundary but are worrisome nonetheless particularly in reference to conversations and languages concerning children? I would love to read a lot of comment on this topic, so please keep them coming.

EdTech Entrepreneur Tobi Obasa of Davtonlearn is our #BellaNaijaMCM this Week