Akpo Uyeh: The Dearth of Folktales by Moonlight 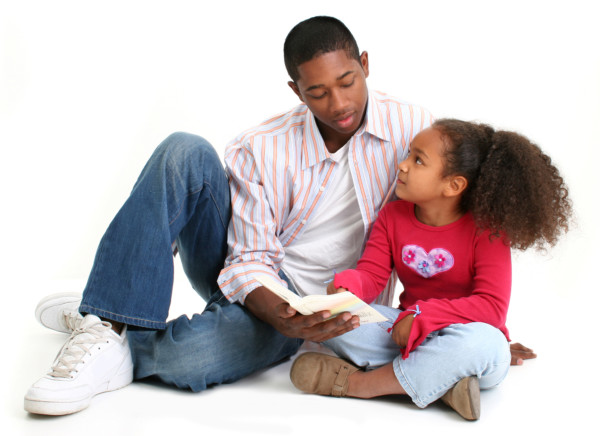 I belong to the generation of children groomed by moonlight storytelling and folktales. Whenever the moon showed its beautiful face, I would sit on the stool together with my siblings and be blessed by folktales courtesy my father.

These folktales were not mere entertainment, and the songs that accompanied them made them more interesting and unforgettable. Till date, I can still sing the songs like it was just yesterday. Somehow, it felt odd listening to folktales with power supply, with darkness seeming somehow necessary for a wonderful ambience. The rays from the moon were more than enough. There were no distractions from television programs.

With this present generation’s attachment to social media, the art of telling folktales is gradually dying, if not dead. I remember vividly that the school curriculum, too, left free periods for storytelling. It was something we looked forward to after tasking our brains with tough arithmetic questions and other subjects. It was another world of its own. Every pupil had a chance to tell his/her own story. We loved the part we had to sing-along and mimic the storyteller.

Folktales usually landed with force and power. In the animal kingdom, the tortoise was always the wise yet lazy one. Sometimes he won, other times he lost. And the lion? It always maintained its number one position as the king of the jungle.

Folktales gave explanations to creation. It answered why the ground separated from the sky. Why the moon shines in the night and the sun by day. Why the fishes swim in the water and birds fly in the sky. Why the zebra has stripes, and the leopard has spots. Why the tortoise back is rough and why the elephant has a long nose. Why the yam plant coils around the bamboo stick. Folktales explained all these and more in an amusing yet educational way.

The story of the how a small tilapia fish killed a big shark is still fresh in my memory. It showed that being big does not determine one’s ability. As small as the tilapia fish was, it killed a shark with its fins and bones. The lesson learnt here is clear. Don’t allow your size determine your ability. Courage is on the other side of fear. Use what you have to get what you want. I could go and on. This story is even more exciting because it has a song in my native dialect.

Another story I won’t forget in a hurry is that of the jealous wife. A man and his two wives with their children lived in a small village faraway. On one particular day, the first wife went farming. A thirsty angel paid her a visit. Being the nice woman that she is, she left what she was doing to get him water to the drink. To show gratitude, the angel directed her to a hut where she asked to choose among different pots of luck. The poor woman opted for the smallest pot ignoring the big ones because she was unselfish. Following the instruction of the angel, when she got home, she broke the pot. It brought goodwill, fortune, wealth and everything she ever desired. Her husband was pleased with her. This made the other wife jealous. After eavesdropping at the conversation between the first wife and her husband, the other wife followed suit and sought her fortune.

She set out to farm at the same spot where the first wife went. Luckily for her, the angel appeared again, looking worn-out and full of thirst. Ignoring his state and pleas for help, the other wife continued farming.

Seeing that the woman had no time for him, the angel directed her to the same hut to choose the pot of luck of her choice. She was so greedy she opted for the biggest pot in the hut. Disobeying the instructions of the angel, she was quick to break the pot of luck before reaching home.

You know what happened right? The pot of luck brought her everything bad. Misfortune, pain, death of her children, poverty, every bad thing you can think of. It was so terrible her husband had to send her away.

The moral of the story was that we show kindness to everyone. Be selfless and don’t allow greed to creep in. I must admit that folktales of this nature helped shaped my character. As a foodie, sometimes I am tempted to be so greedy, buy I realize that I must always remember the other person. I apply this rule during buffets especially.

While folktales are dying, we must not forget that it is another way of preserving our culture and tradition. With the dearth of our native dialect, folktales serve as an avenue to revive this anomaly. Speaking of moral decadence in the society, the lessons from folktales have in several ways helped shaped behavior and develop character.

As much as this present generation is so obsessed with social media, the place of folktales shouldn’t go with the wind. The moonlight blessings, the pleasure of listening to folktales from our elders, and the leisure of being in the company of one’s age group add up to make this tradition one that should be upheld from generation to generation.

UPDATE: We have Our Winners … Guess the February BellaNaija Book of the Month & Win Yourself a Copy! Easy as 1, 2, 3

Get In Here & Answer These Questions Correctly to Win a Copy of Adénìké: Her Story, Your Movie, His Glory