Aluka Igbokwe: For the Left-Handed Ones Among Us 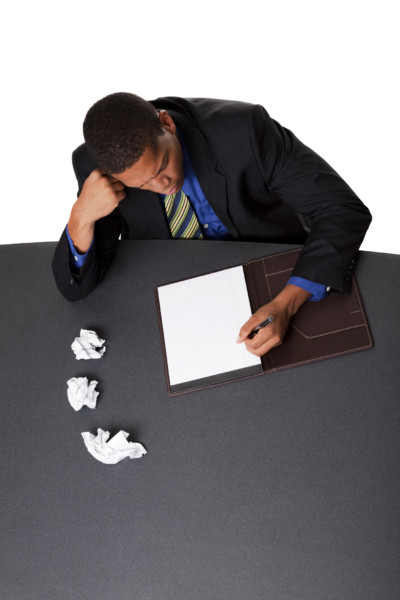 There are things that can be associated with disrespect in our contemporary society. Things like not greeting older people, refusing to say daalụ or ịmeela after meals to elders in Igbo culture, not prostrating while greeting elders in Yoruba culture, and so on. But this thing – the use of the left hand – is not a sign of disrespect.

The left hand is associated with disrespect and bad manners in many, if not all, Nigerian cultures. And it has always made me wonder why. I’ve tried to whip up possible reasons for this, but none seems to make sense. People say the left hand is frowned upon because it is seen as the hand used to do disgusting things. Things like picking the nose, or washing the anus. But it is irrefutable that the right hand is also used for these acts.

I believe that the association of the left hand with disrespect and bad manners is one of the remnants of an old tradition. One deeply rooted in ignorance, and which, unbeknownst to the custodians of tradition, is abusive. One that should be discontinued. Despite the undeniable evidence of our own progress and advancement, we can never claim to have fully evolved if we still cling to old traditions.

Here’s my personal experience from months ago.

In the first week of April, burdened with ennui but with an alternative to make myself feel better, I had gone to a nearby provision shop run by my friend’s mother. While buying my goods, a woman about my mother’s age rushed in to buy drinks. The seller, who is also my friend, asked her to be patient while he served me, because they run a ‘first come first served’ service policy. But I asked the seller to attend to the woman first. This was more out of propriety than how much of a hurry she was in.

I imagined she had visitors at home, seated uncomfortably with parched throats on beige sofas, anxiously waiting for her return. Her drinks were packaged and because she was standing outside the shop, the seller asked me to hand her the package. I collected the package and stretched my hand toward this woman to receive her package. And I was shocked that this woman, who was about my mother’s age, whom I had allowed to be served before me, whose package I had collected, failed to retrieve her package from me, and instead left my hand hanging and stared at me.

I shook my hand to rouse her from her reverie. The drinks clinked against each other and produced a rattling sound. But this woman kept staring, unperturbed by my impatience. I followed her eyes to notice that they were no longer focused on my face, but on my hand. And only then did I realise I was handing her the package with my left hand.

At that point, I was divided. A part of me, saturated with home training, wanted to drop my mobile phone and cash in my right hand on the nearby stool, switch the package to the right, and apologise. The other part, recalcitrant and unconforming to old traditions, remained indignant. I feigned ignorance and continued to hold out my left hand. She finally collected her package after penetrating stares that held unsaid acerbic words. She paid and left me stunned with this question that I think was rhetorical: A zụkwara gị azụ? Were you trained?

Remembering this incident of few months ago, I was suddenly thinking about my close friend, Nkwachukwu Nwafor, who is left-handed. I imagined how self-conscious he would always remain because of the society. How he is expected to carry this load that is seemliness. How many times his home training, which I know is sufficient, has been called into question for using a part of his body that is active and not deformed in any way, by this embarrassing question: Were you trained? How he is expected to always apologise, just in case he forgets to hand things out with the right hand, to always say, Asọlaa aka, just in case he has to use his left hand, which is natural for him, and he is accustomed to.

I grew up being constantly rebuked for using my left hand, until I learned how to use the right hand. Money and gifts have been refused me by rich uncles and aunts because I dared to receive them with my left hand. I’ve been reproached by market women for accepting goods, goods I paid for with my own money, with my left hand. Now, there are others who go as extreme as to inflict pain on the left hand of their child/children, so that the use of the right hand will be the only alternative. How barbaric! I’ve always asked: what is wrong with using the left hand? The only answer I’m greeted with is nothing sensible, but one that centres largely on norms, propriety and respect.

So you might ask, how can we rewrite this narrative? How can we stop this evil practice? How can we get people to know & accept that there’s, in fact, nothing wrong with the left hand or its use? Passivity and indifference is dangerous. The change begins with us. Wilful noncommittal to this widely practised injustice (yes, injustice. Because that is what it is), so to say, pretending as though it is nothing to pay heed to, I think, seems like a dereliction of duty, of obligation. Injustice to one is injustice to all.

Someone might call this a pipe dream. One pursued upon in futility. But it is not. It is very attainable. Because all revised, modern traditions we now enjoy were once pipe dreams. The killing of twins. Second daughters not getting married before first daughters in some tribes. And so on.

If you asked me about my regrets from months ago. This would top the list: that I remained stunned and let that woman at the provision shop leave without me saying what I had in mind, without changing her views. That I failed to educate her. That I did not tell her that her questioning my home training and upbringing was ridiculous. That my handing of the package to her with my left hand doesn’t mean I lack home training. Or that it was an act to spite her. That failed moment to change an ignorant mind, I would say, is my greatest regret.

I’ll love to conclude with this brilliant quote by Dan Brown: “Wide acceptance of an idea is not proof of its validity.” By correlation, the wide misconception that associates the left hand with disrespect and bad manners is never proof of its validity. So this article is largely a solidarity of sort with left-handed people, a written reply to the woman at the provision shop, my own way of lending my voice to change this old tradition that is psychologically abusive. To make the use of the left hand normal again.