BN Book of the Month: The Bluest Eye by Toni Morrison

In August 2019, the literary world, and even the world at large, lost an icon, Toni Morrison. Toni Morrison was a Nobel  Prize winning novelist, whose writing touched the lives of millions of people across the world.  Many Nigerian writers home and abroad have cited her work as inspiration. One of her most famous quotes is: “If there’s a book that you want to read, but it hasn’t been written yet, then you must write it”. And even though Toni Morrison left the earth at the age of 88, her words live on, through her books. 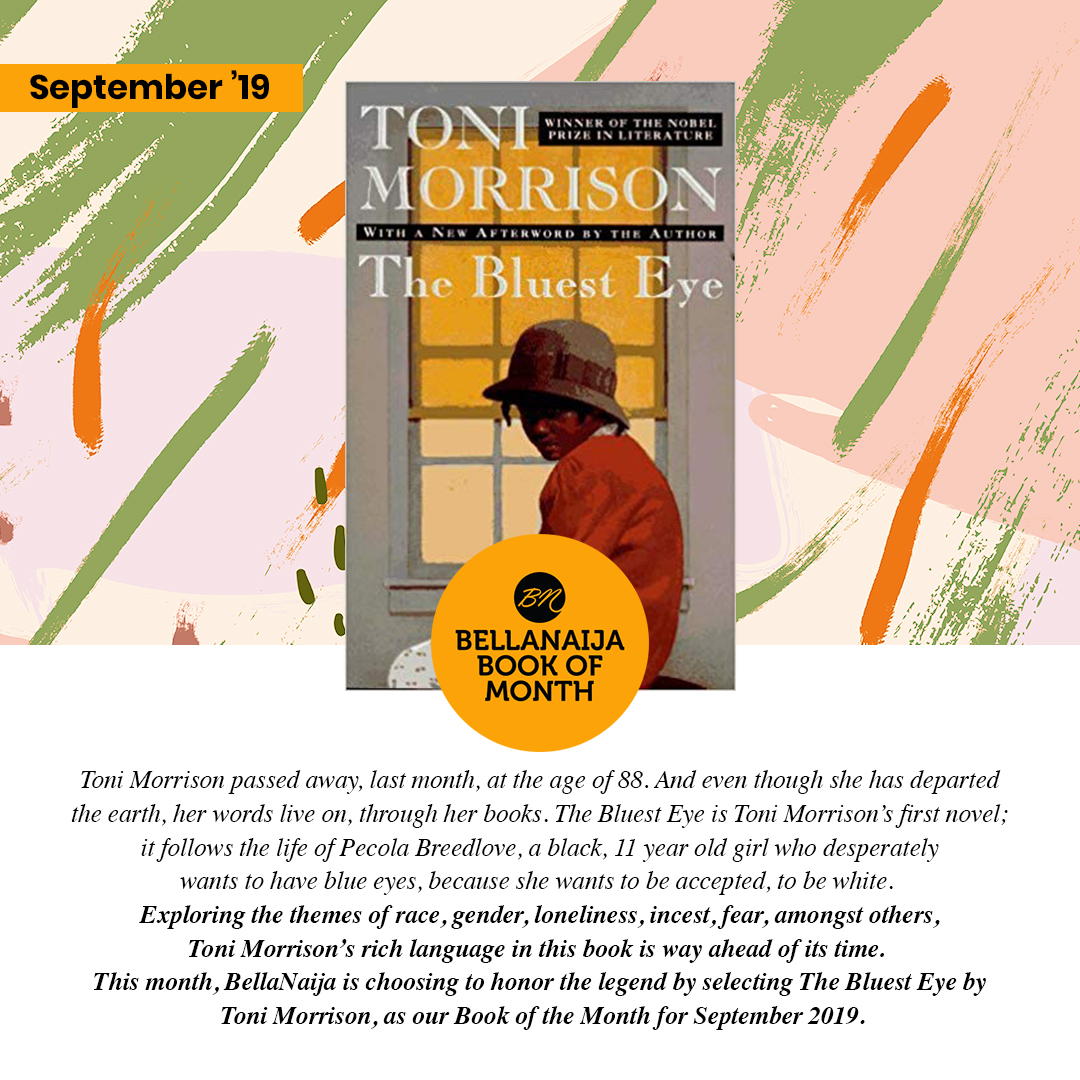 The Bluest Eye is Toni Morrison’s first novel, and it follows the life of Pecola Breedlove, a black, 11 year old girl who desperately wants to have blue eyes, because she wanted to be white, to be accepted.  Exploring the themes of race, gender, fear, amongst others, Toni Morrison’s rich language in this book is way ahead of its time.

This month, BellaNaija is choosing to honor the legend by selecting The Bluest Eye by Toni Morrison, as our Book of the Month for September 2019.

Money Matters with Nimi: Are You Ready For the World’s Move to Digital Money?