Ibukun Ajayi: Be Thankful for the Little Things 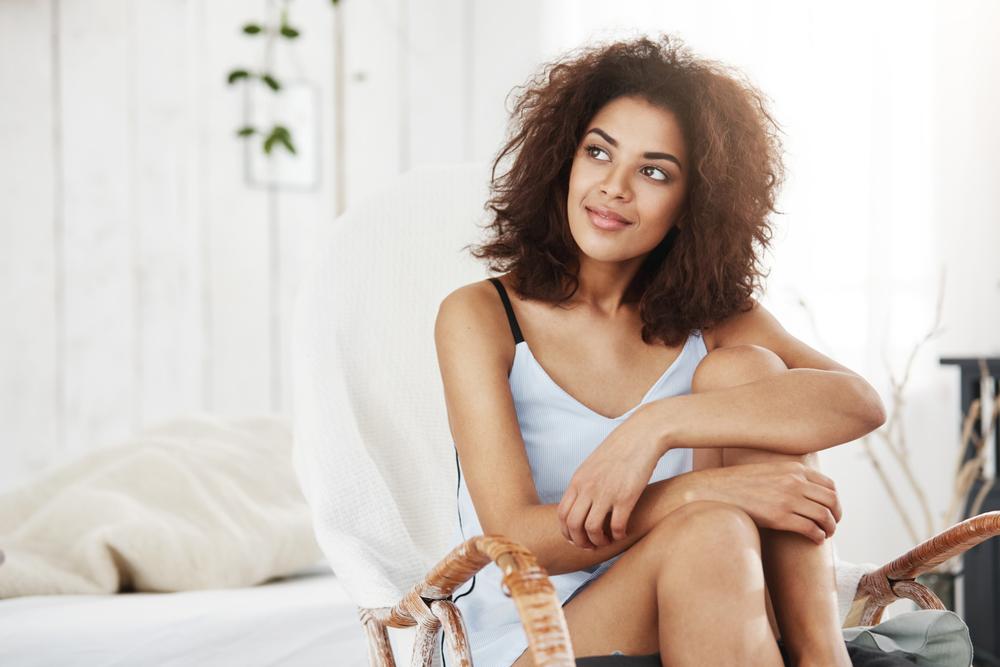 Has there ever been a time you wanted to get up from bed but you physically couldn’t? Like your mind and body wanted to get up but your legs couldn’t. And as much as you willed yourself to, the pain just wasn’t worth it and you had to lie there at the mercy of others, waiting for the next person who will come to check on you so you could ask for help? Have you ever wanted to pee so badly but you couldn’t? I don’t mean in a sense that you were pressed and there wasn’t a restroom close to you, but rather, your bowel was full and you were terribly pressed but you physically couldn’t get the pee out?

Has there ever been a time that you were hospitalized and the doctors needed to set a line for a drip and they couldn’t find a vein in your hands so they had to resort to using a vein in your leg or your neck? When was the last time you took a breath freely without the help of an oxygen mask?

Back in 2016 when I had my last surgery, for the two hours that I was being operated on, I was also being infused with fluids via a drip. Before the procedure started, they had injected me with anaesthesia on my spinal cord to numb my body from my waist to my legs.

After the surgery was done, and I had been taken back to my ward, I became pressed and needed to pee. The spinal anaesthesia they gave me hadn’t worn off and my brain had signalled that I needed to pee badly. But my waist down to my legs was still numb, so I couldn’t get the pee out.

The nurses tried using hot balm, hot water, massaging and a lot of other methods to wake up the lower part of my body so I could pee, but nothing worked. You can’t begin to imagine how painful and uncomfortable it was to be in that situation. To make matters worse – because everything they had tried didn’t work – I had to have a catheter inserted so I could pee.

I didn’t feel the pain at the time because of the anaesthesia but after the anaesthesia had worn off, I felt a sharp pain every time I tried to pee for the next few weeks. In 2017, I had a major crisis that had me on an oxygen mask for days. The doctors didn’t want me moving about because of the oxygen I was taking, so again I had to pee via a catheter throughout my stay in the hospital.

Throwback to 2001, I was 8 years old when I had a terrible crisis that required me to have blood transfusion immediately. The doctor’s searched over and over, but they couldn’t find a vein on either of my hands to use. When they suggested looking for a vein on my legs, I thought they were joking until they found one on my right foot and decided to use it.

I was not about to let them use my leg because I had never heard of it before or experienced it. The doctors tried to explain their logic but I wasn’t having it, so they had to call in backup. My uncles came and held me down by my arms and the nurses held down my left leg while the doctor inserted the cannula into the vein they had found on my right leg.

I was crying and screaming, and as I cried and screamed out in pain, my mum was crying because she just wanted me to get better. I walked with a cannula and drip in my leg for the length of time I was on admission in the hospital and it was not an easy task.

I can go on and on about terrible experiences that I’ve had, but I choose not to dwell on those. We, as humans, always find a way to magnify our wants and needs above the things God has given us on a platter of gold! We fuss, compare and contrast. This forces us to overthink, and then we discountenance the things we have and long for those things that others have.

All of this is because we don’t see the gift of life as a blessing, or the fact that we can talk, move about, hear and breathe freely every day as major breakthroughs.

Everyone should have dreams and goals but when life isn’t going as planned, don’t act as if that’s the zenith of all problems. The fact that you can get up in the morning should be a boost to your morale.

I know so many people who have attained all qualifications but can’t use them because they are confined to the four walls of a hospital room. I used to be one of them, and I would lie in bed thinking about all the things I could do if God would just give me a chance to.

I usually say that I’m not like everyone else. When you’ve experienced the kinds of things I have, you form an appreciation for the things the world deem as ‘little’. I have so many hopes and dreams, but like Korede Bello sang: “I wake up see today lasan, na God Win”.

If the people you are comparing your life with open up to you about their secret anguish and pains, you wouldn’t dream of walking in their shoes. What problem of yours is so great that the One who woke you up this morning and caused all your organs to function can’t resolve?

Someone once said, “A thinker is a thanker”. Lol. This simply means that if you can think of all the things you have that God gives you freely, you will be more grateful. A grateful person remains positive, and positive energy attracts positive results! Worrying and stressing has gotten no one anywhere great, so of what use is it? The good book says “if you’re faithful in little, you will be given more”.

Think about this: if you had to pay for the life you have and the air you breathe, could you afford it?

Mike Hunder: Experienced Professional in Your 40s & 50s? You Should Consider Online Coaching