Hey Nollywood, Why Do Women Have to Be the Victims When It's Time for Sacrifice & Ritual Killings? 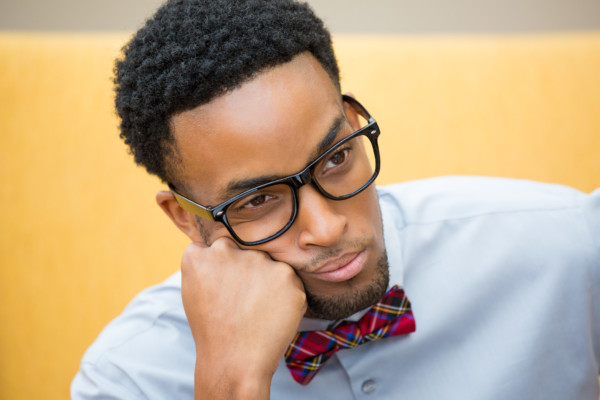 From the fear of Ayamatanga to witchcraft, Nollywood movies have impacted us in many ways we cannot explain. Thanks to Nollywood, the fear of ‘old women’ is the beginning of wisdom for some youngies. Many people thought most elderly women were witches who flew at night, sometimes missed their timing and got stuck as birds. Sometimes, they would have started turning back into humans before getting stuck as half-human and half-bird. Many of these witches would be found in villages (because witches never exist in the cities). In fact, these witches will be so nice and close to you. It won’t be a lie to say that the term ‘village people’ originated from Nollywood movies. There was a widespread fear that once you are an Americanah who just landed in the village, your legs will swell, your eyes will go blind or at worse, you will run mad until ‘village people’ decide to set you free. If they want to do you patapata, na die be that.

It is also in Nollywood that we have seen ghosts in white robes, looking left and right before crossing the road or an actor using a phone in a flashback of 20 years. Honestly, Nollywood has done a number on us, but we move sha. We move!

Of all the hilarious and unusual characters and scenarios painted by Nollywood movies, many have had a longlasting impact on our cultural and societal beliefs as people and this is not funny *wears serious face*. Just as many children have grown up with the fear of ‘village people’, ‘ayamatanga’ and have learned to read meanings into a fallen bird, or cats and plantain trees, many have also grown to believe certain stories involving the female gender.

First, Nollywood movies have been one of the propagators of what we call the ‘men-saviour’ mentality. In their movies, a prince will come from America (in most cases) or Lagos to come and marry one extremely poor girl (who tied wrapper to fetch firewood in the bush). In many cases, the lady in question would have suffered and suffered and will have a sick mother/father that is always coughing and is about to die. They would have been praying for a breakthrough, then the Prince will just show up ghenghen (like a poverty alleviation scheme) and wipe away all their tears. This is one that has been portrayed and reinforced by Nollywood movies.

Ironically, there’s also a flip to this narrative. Sometimes, there’s a beautiful girl who has ojukokoro and is on the lookout for a wealthy man to hook up with. Note that so many men had sought her hand in marriage but she has been doing yanga. Then suddenly, one rich guy who has a car comes from Lagos and the lady starts doing follow follow, he asks her out and without much ado, she agrees to marry him. A few months later – boom, he uses her for ritual and she’s dead.

While the movie is showing, the track song will be about runs girls that like money so much that they were eventually used for ritual. As funny as this sounds, it is important to acknowledge that to an extent, these movies have communicated the justification of using ‘runs girls’ for juju or money ritual because the whole moral of the movie is usually not to use fellow humans for ritual, it is for girls to be careful and content so they won’t be used for rituals.

Come to think of it, in Nollywood movies, men are hardly or never used for rituals. Or are we the only ones who have noticed this trend?

It is either a man is sacrificing his wife or daughters so he can make more money, or a boyfriend is using his girlfriend’s destiny for money rituals. Even sons will use their mothers for money ritual. Why can’t they use their fathers? Most of the people who have been ‘used’ in Nollywood movies are women.

If the village is in shambles and a ritual is needed, they will goan grab one innocent virgin and use her for sacrifice so the village can have peace. In so many movies, the King’s daughter has had to sacrifice herself for the greater good of the village. What happened to the sons?

Is it that women carry a special kind of ‘ritual anointing’?

Nollywood should start making movies where wives use their husbands for money rituals or where girlfriends use their boyfriends because come to think of it, women like money too, abi?

On a more serious note, these kinds of movies need to stop. Stop spreading this archaic narrative. Just stop it! It haf do. When women are being dumped on the roads – weak and battered, everyone concludes she must have been a runs girl, an example is that Ajah lady. No one thinks of it as a case of kidnap or rushes to rescue the victim. People immediately concluded that she must have ‘followed money’ and deserves it. That is because our movies have, over time, portrayed certain ladies as ‘money-loving-men-following’ kind of women and the punishment of being such lady is to be used for ritual. Over time, this belief and ideology have been infused in the social conditioning of people because many people believe that movies are a reflection of what truly happens in real life. Even up till now, some people still believe that seven virgins (of course, women) are waiting for them in Heaven if they make it there.

The world is already not entirely fair to women, our movies should stop adding to it.

Rita Chidinma: Hey New Mom, So What If Your Body Has Changed?