Rita Chidinma: Hey New Mom, So What If Your Body Has Changed? 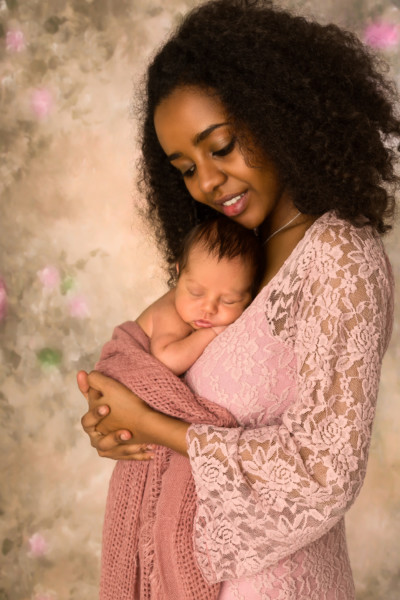 “So you mean London Bridge has fallen? As in my no-bra days are over”?

Sonia’s question caused a ripple of laughter in the group.

“You haven’t even experienced it feeling like water sef” Ada opined. This caused further laughter, crying and lots of smileys on the group chat.

I was cradling my little one and couldn’t comment much at that particular time but I don’t think I had ever had that much fun reading the conversations in our young mom’s group. Apparently, Sonia, a first time mom who had just concluded her six months exclusive breastfeeding, was having a hard time processing and accepting the changes in the appearance of her boobs.

“But they used to be so perky” she insisted. Fellow young moms were laughing and typing all kinds of hilarious comments. The moms with older kids in the group were trying to convince her to take it in stride, move on, and buy “lovely bras”.

I realized that was exactly what I did with my own body changes. I “took it in stride”. It occurred to me that no one really prepared women for the changes in their bodies caused by pregnancy and childbearing. So we often struggled with it: from deflated breasts to big stomach club, to postpartum weight gain, to stretch marks, and so on. From the chat, I realized that it was such a serious issue that some women even stopped feeling attractive or desirable because of it and this affected the rhythm of things in their homes.

It then got me thinking, how best can we deal with the changes in our bodies as mothers?

Accept it for what it is

Living in denial about the bodily changes is always counterproductive. Not only that, it’ll affect your mood, attitude and inevitably, your happiness. To fix a problem, you have to first identify that it is there, then you make adequate plans to tackle it.

Deal with the things you can and forget about the rest

You could register at a local gym nearby and get to work; or if you’re pressed for time like me, you could start using a skipping rope in your spare time. No pressure. It took about 9 months for your stomach, for instance, to expand in order to accommodate your little one. So it’s only logical that it’ll take about that same time to return to normal.  You could download apps for dieting and all that, but essentially, take things easy. Join some new moms group on social media just to keep you afloat when you feel low, or talk with an OG like me, haha.

So you can’t fit into your old clothes and it’s making you feel less confident? It’s okay. Just make the decision to start doing something about it. Even if you don’t return to your previous size, you’ll feel good knowing you did something about it.