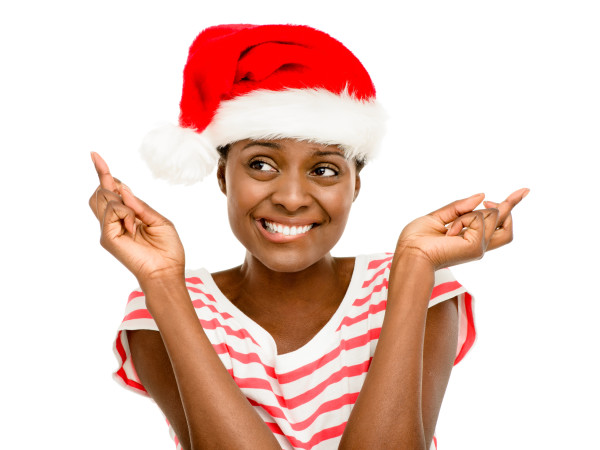 Christmas is always a season to make merry, visit family, send cards to friends and enjoy life. The tradition drawn out of the remains of an orthodox Jewish tradition has engulfed the entire world through western civilization. In Africa, nothing like a virgin birth can reminisce from our traditions. It’s a foreign tale that now flowers on the wings of religion. What used to be eminent, like the full moon or the birth of twins, are buried in ancient antique, often coming to life at the breath of ink and covered in many library shelves. Today, the embrace of Christmas is not just a transformation of the African hearts, it’s a clear confession to surrender the mind to that which we now believe to be true – the undeniable miracle that ‘Christ was born a virgin birth, lived, died and rose again.’

Albert Einstein once said: “There are only two ways to live your life. One is as though nothing is a miracle. The other is as though everything is a miracle.” The Christmas miracle was a virgin birth in a little meager in Bethlehem. If we chose to live life as though everything is a miracle, then the virgin birth would not be the only celebrated among men. There would be so many ‘Merry Christmases’. The births of men and women that have literary transformed this planet in the world of science, politics and social-economic development would become Christmas – all because of one reason – autism.

Some well known people who are on the autism spectrum and have made undeniable miracles are: Bill Gates, the co-founder of the Microsoft Corporation; the late Steve Jobs, the former CEO of Apple; Isaac Newton, a mathematician, astronomer and physicist; Thomas Jefferson, the third President of US; Albert Einstein, a scientist, and mathematician and Thomas Edison, the inventor of electric bulb would all have their birthdays reminisced as Christ’s.

If we chose to live life as though nothing is a miracle, then Edison’s teachers were right to say that he was too stupid to learn anything. At the time of his father’s death, Einstein’s father can be said to be right in considering his son to be a major failure, which left young lad wholly heartbroken. In his earliest days, Jobs could have been right to feel unwanted. It could have been right for Job’s mother to put him up for adoption and brought up by a blue-collar couple in Palo Alto, California. But when asked by a reporter whether he felt like a failure after so many failed attempts. Edison’s response was epic: “I have not failed 10,000 times. I have not failed once. I have succeeded in proving that those 10,000 ways will not work. When I have eliminated the ways that will not work, I will find the way that will work.” This response lives on till now. Life is not in how many times people think others fail but how one sees their failed experiences as proven ways that success cannot be attained especially among people living with autism.

People living with autism often have to reveal social deficits, communication problems, stereotyped or repetitive behaviors, and in some instances, cognitive delays. Even at Christmas, autism continues to present considerable challenges in low-resource environments. Further still, obtaining data on autism spectrum disorders is particularly challenging due to several factors, including the absence of trained practitioners, stigma, inadequate access to education, prevailing cultural beliefs and practices that affect identification and diagnosis of affected persons. Quite often, people with autism will present other grades of neurodevelopmental disorders like epilepsy, sight and hearing impairment as well as language and cognitive problems. Given this wide range of symptoms, the condition is now regarded as an Autism Spectrum Disorder (ASD).

The last time Nalika had a merry Christmas was 7 years ago. She recalls having complications during the delivery of her first child. After delivery, she was informed that her protracted labor might have led to anoxia (absence of oxygen) in her son, triggering autistic symptoms. At first, she was unmoved, assuming – quite incorrectly – that autism was a curable medical condition. Like in many autism cases, Nalika’s son’s autism condition was characterized by a delay in speech and walking.

He strolled at 14 months, had not uttered a word at age 2 and was extremely hyperactive. She went far and wide to follow an uncertain ‘cure’ that involves letting her son sleep surrounded by crickets believing that the noise from crickets would cure him. Nalika switched from one faith to another: Islam, Christianity, Pentecostal, traditionalist but there was no cure. Her redemption came during the festive holidays when she listened to a radio health program where an expert was being interviewed in regards to autism.

Experts observe that many children with autism may struggle with learning literacy skills and may have difficulty in relating to stories that require them to imagine situations. Nevertheless, the experts also argue that people with autism have inordinate potential and should never be abandoned or denied a chance to be great people in future. People with autism should be loved and cherished to become productive in life.

Christmas with autism is more than making merry, the balloons, snow, and cards. It is sharing the message that people with autism can live a decent life. It is sending a love gift to people like Nalika and letting them know that we care, we love them and believe in a bright future for their children.

Jeremiah Ajayi: 5 Signs You Are Doing Better than You Think