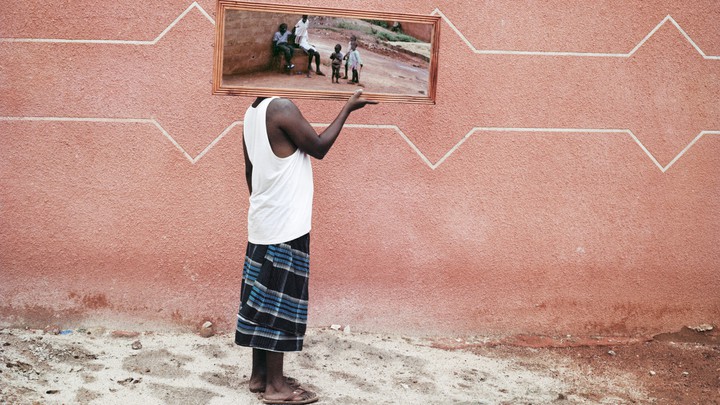 Emmanuel Iduma’s A Stranger’s pose will enlighten you on the culture, morals, and history that have built our identity as Africans. The memoir will captivate your mind, pondering on the images attached to each event and stories in the book; exposing facts that are unheard of among audience of African origin.

I believe the objective of Emmanuel Iduma is beyond fact exposition; it can be viewed as the education on concepts, morals, and religion, likewise existential realities of the African people, tribe and society. It is one of the reasons why the book is a unique blend of travelogue, musing, poetry, and prose that transport the reader into a world of many encounters, preoccupied with the absence of home, estrangement from a lover and then family tragedies.

The book began with an encounter the writer had while driving into Mauritania at sunset in a white E350 Ford van. The writer saw a duneland with houses built on it to imitate matchboxes. It was the day Eid-al-Fitr commenced across the globe. Men were walking back home from the mosque while women and children walked behind them happily. The writer observed these men with his nose pressed to the window of his van across the hill. The men wore a long, loose-fitting garment, mostly white and sometimes light blue. He observed them from behind, thinking of the word ‘swashbuckler’ – which is synonymous to the word ‘explorer’.

He was moved by their self-satisfied bodies, dressed in their finest garment, walking to houses that look only seven feet high. He was jealous by the passion with which they walked, a lack of hurry – as if they possess the earth.  The laid back demeanor by these men across the hill prompted the author to be like them. This decision marked the beginning of an adventure in the book.

A Stranger’s Pose is an interesting collection of events, stories, interviews, and photographs – compiled together to create a travelogue. These compilations are encounters between the writer and the people; their culture, religion, situation, and language in African countries such as Mauritania, Senegal, Ethiopia, Mali, and Morocco. The book, being an exposition into the cultural, historical and religious setting, was adapted into art-evolving photography and artifact that explore concepts that are attached to an event using the element of poetry to create an imagery of the event. But we cannot forget the weird conversation with the ghost and the living, the interaction beyond dream paints an interesting angle to the mystic representation in his quest for adventure.

This book is a combination of mystery, imagery, and history devised in an artistic form and structure. A curious journey became an adventure, creating an atmosphere of uncertainty by the narrative of each location. Every location in the book tells a story and these stories are embodied in an image or artifact to depict the writer’s thoughts and expression with a well-detailed story.

The encounter in Mauritania, the aspiration of being like the man he met across the hills, is a clear insight into a quest away from home; it is a wanderer’s journey, seeking the unknown truth about the lifestyle of the people he met, the strange emotion and encounters remembered or imagined across an atlas of a borderless town.

It was visible in the third chapter of the book. The writer struggled with language in Lome, yet it was not escalated. The stranger knew he did not understand the French language yet he was not interrogated or queried while he took the pictures of walls, gates, and passageways.

He realised in Chapter 5, in Bamako, Abidjan, and Casablanca that he was nothing without his interpreter. In the sixth chapter in Rabat, he was seen in the café, saying yes to every statement, irrespective of the tone used or questions asked. They described him as a clueless stranger and queried what he was doing in Morocco. Yet, he remained undeterred by the criticisms thrown at him. That scene illustrated the power a language wields in unlocking certain secrets about a location.

There was also a personal history of the writer stating where he was coming from, how he had to deal with loneliness when his father traveled to America. He was too young to comprehend it and in the 19th chapter, he spoke extensively on how it shaped the man he turned out to be.

The power of images and photographs was evident in the book; it is observed in certain pages and there are pictures that tell some stories about the people, places, and religion. Every story had an image attached to it; they created an interpretation of what the narrative represents. The writer had an in-depth interview on photography with Malick Sidibe Malian, the photographer in Chapter 11. In his interview, he described photography as an act of hunting. It is a deliberate and charismatic medium that takes decades to unravel itself. Malick Sidibe said photography was like a doctor – if you don’t touch, you do nothing. His interview was an exposition on the power of photography and what it represents.

Aside from this concept and few summaries, the book talks about resilience as part of being African. Africa is a beautiful continent; it is blessed with beautiful landscapes, mountains, forest and springs across its society. The weather is warm and temperate. The ecological terrain is admired by tourists, compared to the intense ecological terrain in Europe and America. But are we living up to the potential, following what is being stated in the book?

Learn How to Practise Social Distancing

Laura Nnamdi: The Pressure & Joy of Being in Your 20s!