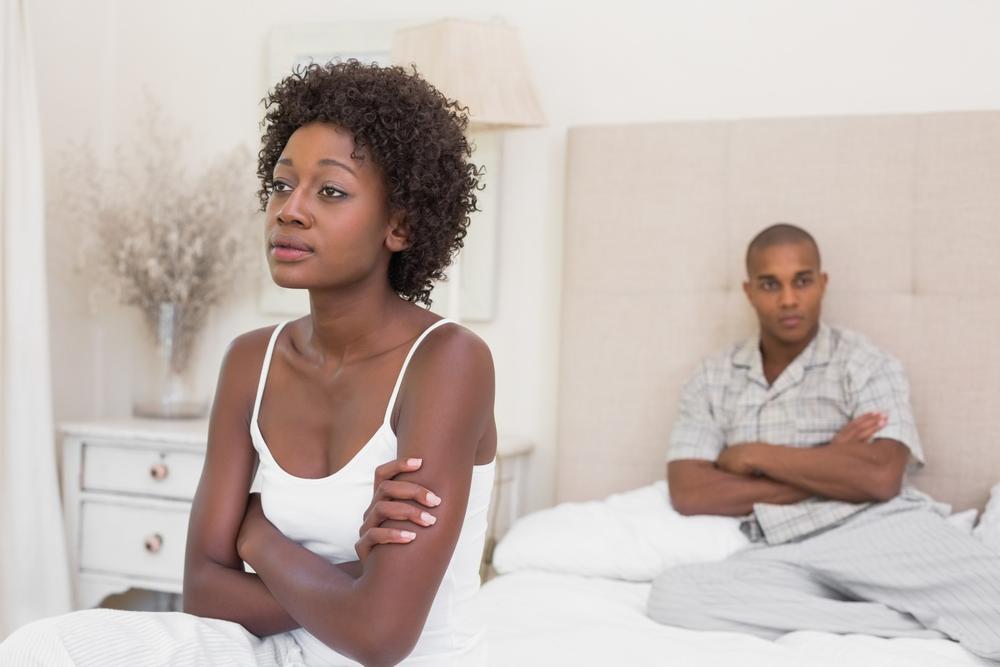 Some days ago, my wife brought an Instagram post to my attention. The post was a screenshot of an email from a distraught woman to a popular Nigerian relationship platform. The woman, a wife, narrated the gruesome story of how her philandering husband raped and beat her in the presence of their three-year-old daughter, after she refused to have sex with him. She asked for advice on what to do as they’re observing an isolation period. We discussed how terrible and unfortunate her situation was/is, read some comments (which included sound advice offered), and moved on.

Later that night, my wife showed me the screenshot of an email from another subscriber in response to the woman’s email. This email proceeded to berate the woman for being a bad wife who deserved what she got. I couldn’t believe my eyes as I read. The basic gist was a husband owns his wife and cannot rape her, and because he paid her bride price, he can do with her as he pleases. Honestly, I wasn’t going to comment on the issue until I remembered he stated his entire high school alumni WhatsApp group agreed with him. I suspect they attended an all-boys school. Apparently, the only person who had disagreed with him was his wife! Yes, he’s a married man. So, if his claim that scores of other men agreed with his logic is true, then there’s clearly a huge problem with a lot of men who were raised in this country.

I sent an email to the platform to set him straight. I’m not sure if it was posted, but I figured I might as well go on a larger platform to address the issue. As Edmund Burke said, “The only thing necessary for the triumph of evil is that good men do nothing.”

First, in case there is someone going through or has gone through something similar, I sympathize. It must have been so devastating to be raped and beaten, not by a stranger or boyfriend, but by your husband, and in front of your daughter/son. According to her narration, their daughter was crying and telling her dad to stop. I hope the little girl is too young to remember that traumatic experience.

Anyway, in the email, since they apparently live in New York, my advice was for her to report the abuse to the police as promptly as she could – before the situation escalates into something life-threatening, because sadly, that pattern of abuse may continue and worsen. If that’s happening elsewhere, like Nigeria, I’d advise doing the same, and additionally telling someone who can help and/or reaching out to NGOs like the popular Crime Victims Foundation (CRIVIFON). I also applauded her for sticking it out with her husband – living with him, making his meals, doing his laundry and all, despite the cheating and insults.

Secondly, I apologized to all women for the shameful comments some men put up there to insult the woman or cheer the ‘responder’. The comments from a lot of men were appalling and disappointing. There were many stand-up guys that condemned that behavior, but it seemed to me that egoistic and unexposed men were the majority, and they were from all across Nigeria – and the diaspora as well, unfortunately.

Now, to the issue at hand. If my wife refuses to have sex with me and I force myself on her, it’s rape. Plain and simple. Once there’s sex without consent, it is rape – whether she is your wife or not. That a woman is your wife or you paid the bride price doesn’t make her your personal sex slave neither does it rid her of her individuality. It is absolutely possible to rape your wife and if you forcefully have sex with her, you’ve raped her!

The ‘responder’ also quoted a popular Bible passage to buttress his point on submission and letting a husband have his way with his wife. I hate it when people quote the Bible out of context. Let’s just stop. The passage is Ephesians 5:22-25. The summary is women submit to your husband, men love your wives. If you, as a husband, love your wife the way Christ loves the church (that is, unconditionally, with all your might, with all your heart), she will undoubtedly ‘submit’ to your leadership and respect you. God’s word is infallible. Don’t demand respect or submission if you haven’t been loving. God is not a liar. Do your part and she’ll do hers!

Granted, the good book also says couples shouldn’t deny each other their bodies in marriage (1 Corinthians 7:4) – whether in spite or whatever – a husband’s body ‘belongs’ to his wife’s and her body ‘belongs’ to him, but your wife can say no if she doesn’t want to. It can be quite upsetting, but rather than dwell on that, the onus is on you, as her husband, to understand the reason why and see what can be done about it. Self-control is very important here. Wanting to have your way every single time is how children behave – that’s not being a good man/husband.

Your wife not wanting to have sex could be because she’s tired or not in a good mood. You should try to understand that. It might not be easy, but that’s marriage. Maybe you could give her massage, or get her to talk about what’s wrong. She might feel better and pounce on you later. She might sleep off or she might not want to talk about it at the time. Whatever it may be, the important thing is to respect her and respect her wishes.

Her refusal is also not grounds for infidelity. No one can chase you into the arms of another woman. If the refusal is frequent, maybe see a marriage counselor. My point is, please do not force yourself on your wife; it is rape. You made a vow before God and man to cherish, honour and love her, and you should have the integrity to keep it. Husbands, please, be responsible and respectful to your wives. Think about the sort of example are you setting/planning to set for your daughters and sons.

Sylvester is a businessman, investor, and serial entrepreneur. He is passionate about small business and primarily runs Herança Financial, a small and medium enterprises (SMEs) advisory firm. He also keeps an online journal where he frequently shares his experiences and views on entrepreneurship, finance, and life.