Oluwadunsin Deinde-Sanya: If We Don't Prioritize Investing in Educating Our Children, What Future Does Nigeria Have?

Grace Agada: How Do You Secure Your Finances In a World Of So Much Uncertainty?

Jean Clare Oge: It is not always THEM... Sometimes, it is YOU 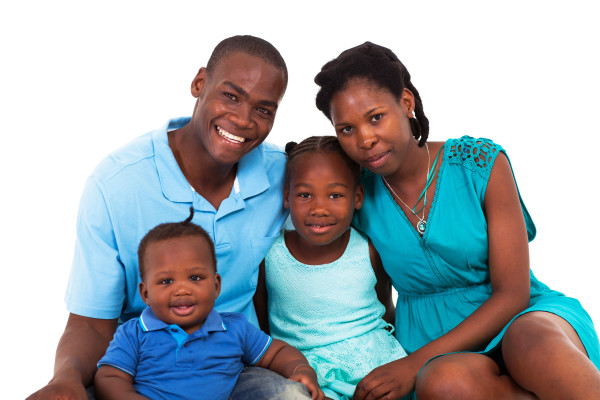 A few weeks ago, I called one of my neighbour’s son – who was in SS3 and was about to write his WAEC before schools were temporarily shut down – and asked him if he was reading his books and still preparing for the WAEC examination. He said “no”. After encouraging him to keep reading and exercising his brain, I told him to write a summary of a storybook he recently read and it shouldn’t be more than 500 words. By the time he submitted, I pointed out a lot of errors:

In short, the whole essay was trash. After that, I asked another neighbour’s daughter – who was also preparing for WAEC – to write a letter. The same thing happened, except that the girl was worse. Then I tested a few kids and none of them could write a letter.

I had always known that their school was nothing to write home about, but I never knew it was this terrible. They all attended private schools and before they’ll write the WAEC examination, some of them will pay as high as 130,000 Naira. Yet, these kids know nothing. While we discussed, I asked those in the art department about the trans-Atlantic slave trade, Nigerian civil war and colonialism, they looked lost.

“But you’re in the arts department, why are you doing Marketing? What is the difference between Civics and Government?”

“We don’t know, that is what we were asked to do”.

By this time, the kids were getting tired of me, they sighed:

“We don’t know. Our Civics and Literature teachers are part-time teachers, so they don’t have time.”

It reminded me of when I was doing my NYSC in Bayelsa and the children said “aunty, thank God you’re here, we have not done English for almost 2 years”.

What?! Where do I start from? The SS1 kids couldn’t differentiate ‘bin’ from ‘been’, neither could they spell ‘pain’ and ‘gain’. During exams, many of them wrote back the questions and submitted the answer sheet like that. Yet, the school principal warned us not to score any student below 40 – the pass mark.

In Nigeria, seemingly inconsequential and overlooked things always come back to haunt us. If you wonder why this country is not making any progress, it is because things have been left to rot for too long. These kids are taught nothing, how will they grow up to contribute meaningfully to the society? How will they compete globally? These are the supposed future of Nigeria. In 20 years’ time when other countries are making powerful moves, these kids will be struggling to re-educate and re-orient themselves.

It will cost the Ministry of Education nothing to wipe out all these pandororo private schools, but corruption and bribery will not let them do their jobs.

Education is important and a country filled with illiterates and half-baked graduates cannot move forward. Quality education should be provided at the grassroot level and should be affordable and accessible for all. Everyone!

Illiteracy has eaten so deep into the Nigerian system and it is killing us – one sector at a time, one citizen at a time.

I was jogging one morning when I saw cleaners in LAWMA uniform cleaning the road. This particular cleaner was packing the sand on the road and pouring it into the gutter. I looked into the gutter as I jogged, it was clogged with sand. I can bet that many of them have been doing this for long. How will the water flow when it rains?

The truth of the matter is, that the woman did not know that what she was doing was wrong. But if she had been oriented properly before given that job, if she had known that that single act is one of the many reasons Lagos state is always flooded during the rainy season, perhaps she wouldn’t have done that.

If, as a government, you do not ensure that you educate your workers, including those at the lowest level, every action you take for the betterment of the state will be thwarted by their ignorance.

During the lockdown, policemen in my LGA in Lagos were collecting 200 Naira from motorists and letting them pass, even though the government had declared a strict stay-at-home order. The irony of it all is that policemen were deployed to arrest those who flouted the order and moved about, yet they let people pass because of 200 Naira. So while Sanwoolu was sweating up and down, and looking for how to curb the spread of the virus, some policemen were busy watering down his efforts by letting people move freely. We can claim that this is corruption, but the truth is that these policemen also do not know better. Many of them are illiterates who do not know the gravity of COVID-19 or why the shelter-in-place order was important.

See ehn, our terrible education system may be the end of all of us in Nigeria. It is already killing us sef. Have you tried explaining to an armed policeman that the reason you have an iPhone and a Macbook is because you are a web designer, or you work in a tech company, or you work in an online media house? Story. If you don’t settle them, you are going nowhere. At best, you will end up in jail for being a yahoo-boy. At worse, you will end up dead. Everyone with a laptop is doing yahoo – according to average Nigerian policemen, and the scary truth is that they honestly believe that. They cannot understand all the English you are speaking because they do not know that something like web design exists.

Corruption aside, illiteracy has eaten the intestines of the Nigerian Police Force. How many of them have a degree? How many policemen on the streets can speak English? How many? How then will they understand that aside from yahoo-yahoo, you can legit be in Nigeria and be working in an American company?

Everything in the society can be tied to education – or the lack of it. For a region that encourages and even funds the Almajiri system, people are surprised that there is so much banditry and terrorism in the North. What are you expecting, after neglecting kids and leaving them to navigate this harsh world all by themselves?

Many of these one million boys terrorizing Lagos are young boys who should be in school. In the Niger-Delta region, many young boys do not want to go to school because they dream of becoming militants.

Nigeria is going to pay dearly for its lackadaisical attitude towards education. Nigeria will also pay dearly for her inability to provide jobs. How can young people be encouraged to go to school when uncle John, a first-class graduate is now selling packaged ground-nut because he didn’t get a job 6 years after graduating from the university? Whereas, our government is rehabilitating Boko Haram members and paying bandits huge sums of money.

It is not rocket science: if you don’t invest in educating the Nigerian child, you will get nothing from them in the future. The reason why countries like China can rise to become so powerful is because they have invested in their citizens and created an environment where they can learn and be innovative. The Nigerian government, on the other hand, wants to reap where they did not sow. You want policemen to be well-mannered when they are not trained. Look at them sef, many of them look like agbero – always rough and scruffy.

You want Nigerian youths to invent things, did you invest in tech? Ti oo ba gtfo.

Our National Assembly want to renovate their building with a whopping 27 billion Naira while students in many public schools are sitting on blocks and window sills to learn. Later, the President will go to other countries and call Nigerian youths ‘lazy‘, as if he created jobs and the people refused to work.

As long as we don’t invest in educating Nigerian kids, youths and adults. Or sensitize the public about certain things like hygiene, safety, governance, etc. Or provide an environment where youths can spread their creative wings and be free to contribute to the growth of the country, we will continue moving in circles. You cannot reap when you did not plant.

Hey Green Thumbs… Yes You! Indoor Gardening is The Joy You Did Not Know You Needed

Oluwadunsin is a realistic fictional writer. She has stories and thoughts within her that threaten to choke her if she doesn't write about them. She loves to be secretive, but her pen is a gossip. She loves God, love, books and blues. She writes from her soul. She is the founder of The Pen Blog @ www.thepenblog.com.ng where she pens down her thoughts. Want to get in contact with her? Easy!! Send a mail to [email protected] You can follow her on Instragram @dunsin_writes and on [email protected] Deinde-Sanya.

How do you know you’ve found “The One”? Adanna & David have Some Thoughts

Osas Ighodaro’s “The Creative Collection” is Nothing Short of Beautiful!

Grace Agada: How Do You Secure Your Finances In a World Of So Much Uncertainty?