Insecurity is On the Rise, What Can We Do About It? 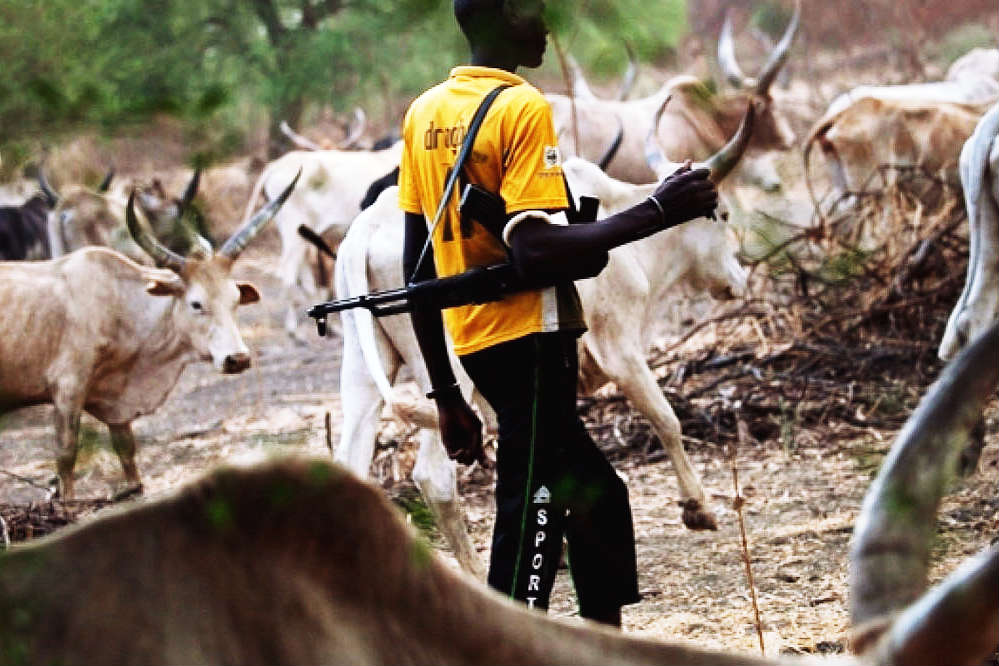 “It was around 11pm, some boys stayed at Ikorodu garage, that junction where we (Keke Napep drivers) park to load. They were holding guns and robbing everyone who passed. They blocked the road, told pedestrians to form a straight line and then drop their bags one after the other. They did not fight or beat anyone; just drop your bag and every other thing you have with you before you’re allowed to pass. This went on for hours. We just watched them as they carried out their operations. There was nothing we could do because they were armed.”

On Friday, I met CM who drives Keke Napep from Ikorodu garage to Owode-Ibeshe.

“Aunty, keep your phone inside your bag, else they’ll snatch your phone.”

“When did that one start?” I asked.

“Ahan, are you new here? If you don’t hold your things right, the original owner will gbab it.”

I knew about the robbery cases in Ikorodu, but I kept on teasing him just to get more information. “Now ehn, they can even walk up to you, grab your phone and stand there as if daring you to question why they snatched your phone. Ogolonto is terrible too, chai. It is only God that can protect us.”

In the last few years, insecurity has worsened in many parts of Nigeria. I am not even talking about fighting Boko Haram or tackling the herdsmen-farmers crisis, I am talking about community policing and providing security at the grassroots level. In the North, rural banditry has left communities destroyed, taken many lives, and displaced people.

In Lagos, there seems to be an increase in robbery cases. Perhaps not the window-smashing, door-breaking, gun-pointing kind of robbery, but the hey-bring-that-phone, drop-your-bag-and-go kind of robbery.

Lagos has long had a problem with organised youths called agberos, or area boys who collect illegal levies from businesses and residents, but the events of the past weeks have made me realise just how rampant and casual this is. It’s almost like people are expecting to be robbed once they step out of their homes. On Ikorodu road, people are scared to be caught up in traffic, people can be found rushing home before it gets too dark for fear of being robbed, or telling the driver “don’t pass that shortcut o, anything can happen there.”

At Ojota, Ketu, and Mile 12 areas of Lagos, some boys operate during the day, strutting about as though they own the world. A few weeks ago, I was in this danfo, stuck in traffic, pressing my phone. I sat in the middle of three people. The guy beside me was watching a movie on his phone and had his earphones in his ears. Three young guys appeared from nowhere, tapped the window of the bus and said, “bring that phone.”

“I say bring that phone.”

The guy by the window was confused, I, on the other hand, immediately threw my phone into my handbag and stared on.

“Una no hear, make una give us the phone.”

Immediately, the guy started begging, he then brought out 200 naira and begged them to collect that instead of the phone. They felt insulted that he was offering them such a small amount of money and I was playing deaf. Two of them turned and tried to get into the bus, that was when the pandemonium started.

Everyone started screaming at the guy and me, “Aunty give them what they want.”

“When you sef will be pressing phone inside the bus, why won’t you attract robbers? Anytime you’re around here, you hide your phone, if not, they will come.”

When they could not get into the bus, they turned back to the window and again requested our phones. This went on for many minutes until the guy offered them more money and they left.

The traffic lasted for hours and I watched the boys keenly. They moved from one vehicle to another, tapping windows, grabbing phones, and collecting money. Sometimes, they called on pedestrians and robbed them on the spot. Once, a fair young boy walked past, one of them called him, “yellow, yellow”, the boy turned, saw who was calling him, and increased his pace.

Throughout this ‘operation’, people looked away, there were no policemen in sight, there was no one to call for help. The fearless and casual way these guys operated unnerved me. The conductor said, “na normal thing na.”

How did we get here? What’s happening?

A few years ago, I could, to a large extent, walk freely on Ikorodu Road. I could sit by the window in a danfo or keke and press my phone. I didn’t have to stow my phone in the deepest part of my bag or rush to get home before it gets dark. In 2015, I came back from Jos and got stranded in Maryland around 2 AM. A taxi driver insisted I had to pay 7,000 before he could take me to my home in Ikorodu. I refused, brought out a wrapper, and slept by the roadside until 5 am. In 2017, I got stranded at Ketu around 1 AM, still, I got home safely.  As ‘unsafe’ as Jos was, my friends and I got home in the middle of the night on so many occasions.

Today, it is not just risky to walk at night, your safety cannot be assured even during the day. Sitting in that bus and watching those three guys, I just kept wondering how we got to this point – where daylight robbery has become ‘normal.’ It is a different case if Nigeria is fighting terrorism and banditry, but it’s more disturbing when we let things like robbery, extortion, kidnapping become some people’s full-time jobs – things that can easily be nipped in the bud.

One day, I was gisting with my friend, Ben, when he told me how farmers in rural communities in Jalingo are usually asked to pay a fine before they could harvest crops from their own farms. They would also pay a fine before they could sell their own crops in the market. These operations are carried out by gangs – local boys who have turned themselves into tax-collectors.

Crime thrives when there’s little inhibition. Criminals are springing up to bully citizens on a daily basis and it seems no one can stop them. There is no fear of repercussion. These daylight robberies, extortion, and thievery are being left unchecked and there’s a large swath of ungoverned spaces where criminal gangs are left to play lord.

In daylight, street robbery has found a home in Lagos. The act of forcing farmers to pay an illegal levy before they can harvest their crops has found a home in some parts of Northern Nigeria. Kidnapping is now a lucrative business. Banditry is increasingly common. Insecurity, in Nigeria, has become ‘normal’. We are not safe at night and we are not safe during the day. For me, it’s no longer about how we got to this point, but what can we do about this? Where do we go from here?

SmartWork Inc: What Everyone Needs to Know about Diabetes