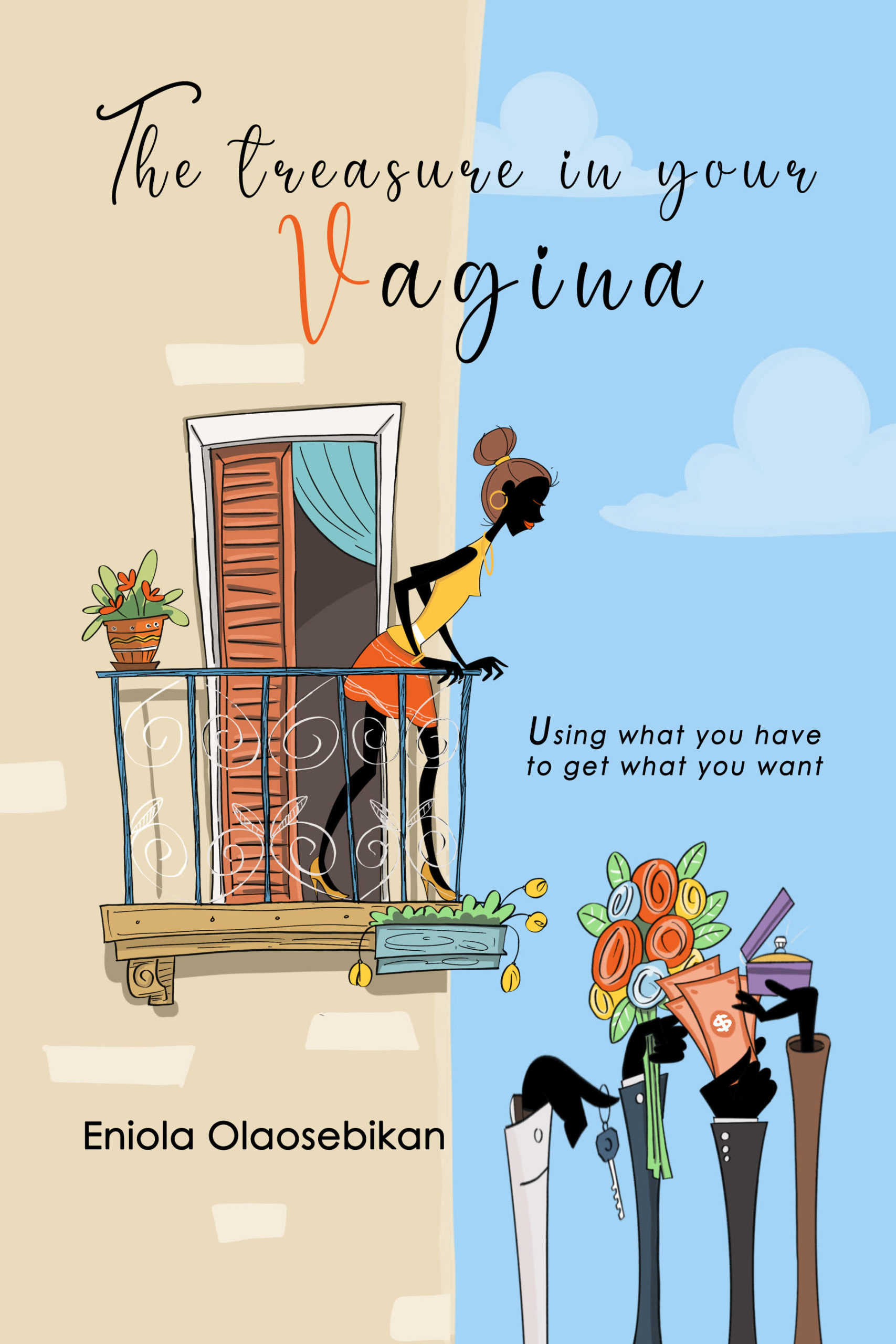 Money and sex are important to each gender, and they mean different things to each of them. On the average, money distracts (attracts) women and sex distracts (attracts) men. Apart from psychological traits, this can be traced to primal times and evolved cultural beliefs. Through the eras, money has been placed in the hands of men, and the natural lure of sex in women. Since opposite attracts, the lures in women and men are switched. As a result, women crave after money to give them a level of independence, and men long for sex as a means of perceived pleasure and conquest. Hence, men give the money they were naturally prone to make to women in exchange for pleasure which is found naturally in women as though an oil well. So, men get the oil wells; women get the money. And an exchange system is established.

The medieval man sought two things—money and control (power). Since money can provide control, man decided to focus on money as a means of gaining access to power. With money, they can control their household and the community. In addition to gaining control, they gain recognition — a direct/indirect derivative of having money. A man without money is perceived as a joke by his family and society at large. Nothing he says will be taken seriously. Hence, men would do anything for money so as not to be ridiculed in society.

In contrast to the natural drive in men to seek money, women’s quest for money serves as a means of gaining independence from their domineering husbands. Back then, when women had access to money they can call theirs, men were at a loss owing to their ego. The loss was triggered by a reduction in the control of things which led to an overall decrease in the sense of power, joy, and pride derived from having the upper hand. A woman who earned her own money meant following her own rules, not the man’s. Thus, money became a tool of human rights and choice for women. The primal men tried to take money away from women to regain all the control. This made women seek money through any means in a bid to either gain or maintain their independence.

How the ‘Money Journey’ Began for Women

Why is money so important to men? Culture has a huge role to play in this. Culture passes a lot of responsibilities to women and men. For instance, man is expected to provide for his household. Failure to do this makes people resent him, hence a feeling of uselessness on his part.

Money has always been associated with power, and men sought power through the means of money. Back in the days when there were no machinery for mechanised farming, men married many wives. They did this not solely for sexual gratification, but so the women and their numerous children could work on their farms.

Due to the thirst for power and money, several women were married based on acquisition and a few for love, hence the devaluation of women in so many ways. The unconscious perception of women as property to be acquired reduced their right to talk in public because the majority of women at the time were ‘owned’ by men due to marriage and polygamy. And of course, there’s a situation in Africa where you must accord your husband’s friends the honour and respect you give your husband. This further fueled the supremacy of men.

Men were meant to lead their households (even though what they did back then was to ‘lord over’ the family).  Men determined everything that happened in households. The buck always stopped on their table, and it was whatever they allowed that was allowed. Polygamy, fueled by the acquisition of women, turned men into managers and lords over women instead of husbands.

The subjugation of women became easy as women married at an early age. By age twenty, an average woman would have at least two children. Religions and traditions that permitted children to marry made things worse. At a point, there were little or no differences among girls and women, making men own all the women in the land. The children (male and female) were theirs. Eleven and twelve-year-old girls were theirs as well due to religion, so also were fifteen and sixteen-year-olds who were marriageable at the time.

Men began to own women right from infancy until their death. Women had no life of their own; they lived for men through the bond of marriage and acts of service. To make things worse, girls were betrothed to men old enough to be their fathers. Boys and young men were the only populace free from this malady at the time. But then, the men would grow, and the cycle continued.

Things were made worse through cultural laws. Ordinarily, when a woman’s husband dies, she becomes a free person. However, the laws in the land stated that if a woman becomes a widow, the immediate male in the family (younger or older) was mandated to marry the woman, hurling her and her children into ‘servitude’ as opposed to the natural freedom the death of her husband gave her.

Women also gave birth to many children to compete among themselves. It makes them indispensable in the economic affairs of the family, especially when they have many male children. Year in year out, women tried to please their husband by ensuring their branch of the family brought in bountiful yield. Thus, competition and strife instead of love and solidarity crept into the family and subsequently the womenfolk. Women became one another’s enemies for no tangible reason. Children were pitched against each other in ways that prevented friendly associations. Life turned into a realm of fight (both subtle and violent) for women, and independence became a highly sought-after virtue. 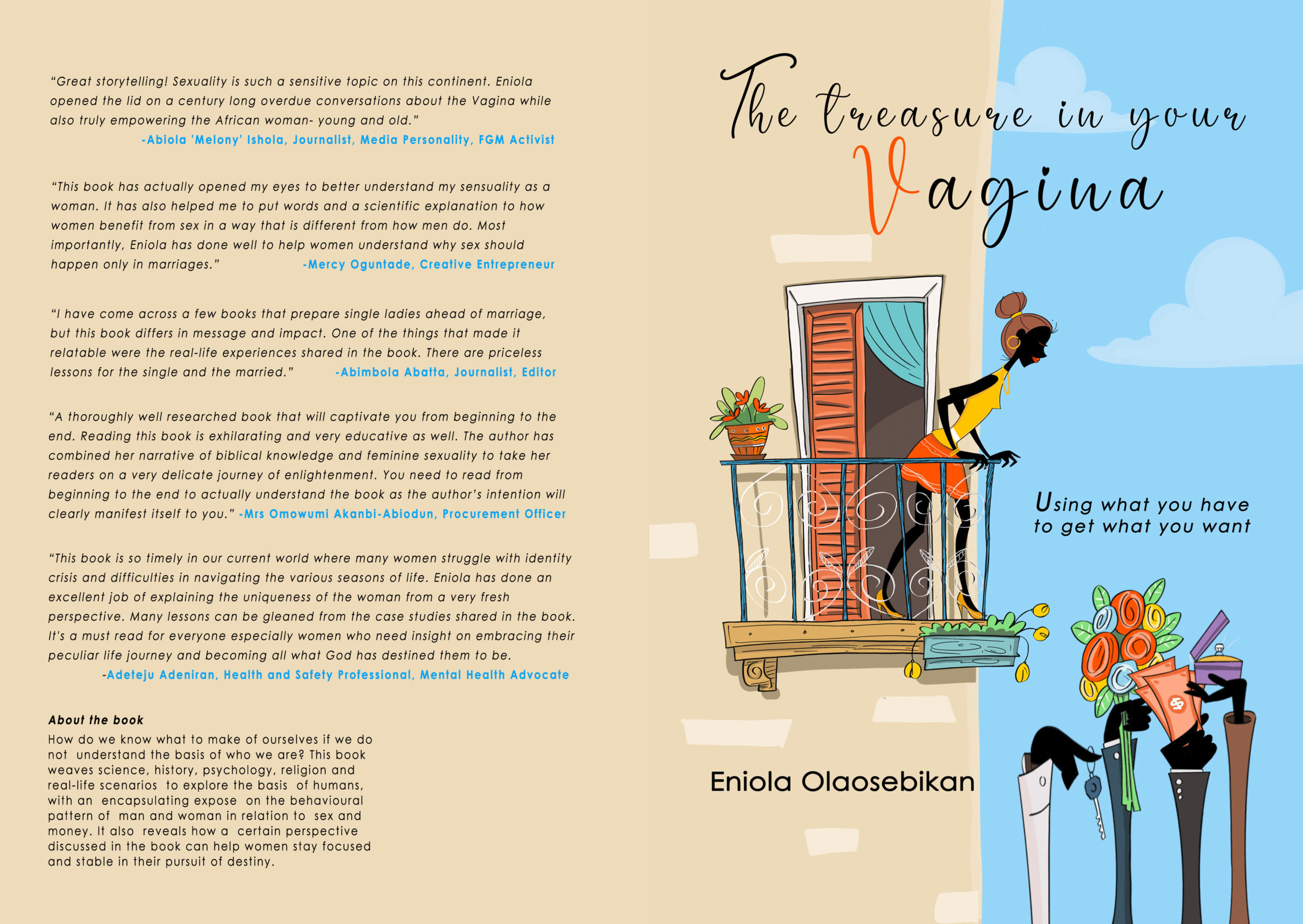 How do we know what to make of ourselves if we do not understand the basis of who we are? The Treasure in Your Vagina weaves science, history, psychology, religion, and real-life scenarios to explore the basis of humans, with an encapsulating exposé on the behavioural pattern of man and woman in relation to sex and money. It also reveals how a certain perspective discussed in the book can help women stay focused and stable in their pursuit of destiny.

Great storytelling! Sexuality is such a sensitive topic on this continent. Eniola opened the lid on a century long overdue conversations about the vagina while also truly empowering the African woman – young or old.

This book is so timely in our current world where many women struggle with identity crisis and difficulties in navigating the various seasons of life. Eniola has done an excellent job of explaining the uniqueness of the woman from a very fresh perspective. Many lessons can be gleaned from the case studies shared in the book. It’s a must read for everyone especially women who need insight on embracing their peculiar life journey and becoming all what God has destined them to be.

The Treasure in Your Vagina is available on Amazon and on Okadabooks App.