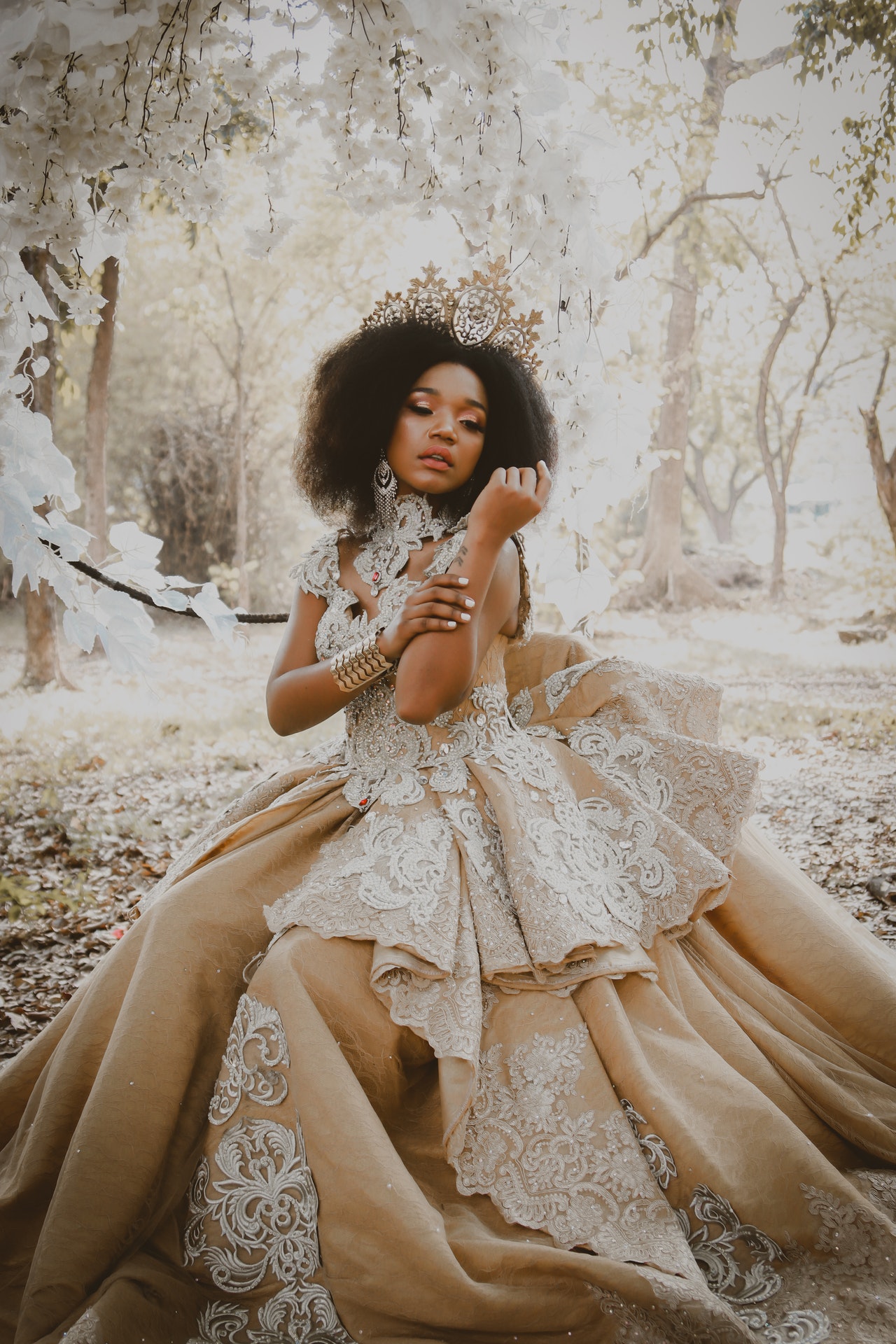 On a night like this, when the stars light up the sky, blue as the depth of the deep seas, anyone can be anything. A duckling, a swan or a pumpkin, a carriage. The reflection in the mirror is of a girl I always long to be but I bury deep inside of me with a carefree attitude and tons of work. It would make for a more beautiful story if she struggled to be visible, but she didn’t, we were both content knowing our roles. One person has to work for the other to ever be evident. Her tastes are too high for my pocket.

She sways from left to right, forward and backwards, with hands on her hips and an occasional fleeting touch to her face and neck, in front of the mirror, mastering poses for the pictures that will capture the memories of a night that would soon become a distant memory.

“Are you not done? The people you invited would get there before you!” her friend hollers from the stairs below.

“I’m done,” she hollers back and rushes to the door before she remembers her borrowed purse lying on the bed. She grabs it and rushes out of the door. She could not be later than her guests, and the restaurant had called her friend an hour ago to confirm the reservation again.

On most birthdays, all we had ever done was cook and clean up after everybody. It had become a periodical pattern of pleasing people. It was wonderful to whip up a good meal that people enjoyed and even asked to take home. Just a chilled day with everyone chatting and just hanging out, but never us; we worked through it all and we thought it was joyous until it wasn’t anymore. I mean it was our birthday, it was supposed to be about us.

Prior to this year, celebrating a birthday while still single had become tiring, and social media was not helping. Everyone had a boyfriend, fiancé, or a husband gifting them something or throwing surprise parties for them – a phenomenon that was totally non-existent in my life. My whole life was begging the question, God when? No significant order, no exorbitant cash, no time to flex, because the hustle is daily and unexpected. I wanted out but I loved my hustle, my growing baby.

When people said “let’s hang out,” that simple statement had me in a statistical breakdown with variables: What do I even have to wear? My hair is not made? Do I jump bus or pay for Taxify? Do I even want to take out of my savings to spend for this flex? Do I even want to leave my house? The variables could never match up.

Then there was the problem with values and how limiting they are. You want a relationship, but you don’t want a boyfriend. It’s a husband you want, but everyone doesn’t quite cut it because you can’t imagine spending your life with them. That earns you the “you are picky!” accusation. It may be true, but why not? It’s a life partner we’re talking about, not a fling. Worse is, I won’t let her go on casual dates because my conscientious values won’t let me lead a person on a fruitless voyage of unrequited emotions. Hence no “osho free.”

So, she made up her mind that we were done waiting for the one to take us anywhere fancy and decided to do it ourselves. A simple conclusion to damage our already depleted savings. From the runway choice dress to killer shoes and an elegant hairdo, we were set for bankruptcy.

We arrive at the restaurant, and luckily the guests are yet to come. The ambience is rewarding enough to forget any financial damage, and to lead her into living in the moment for as long as it would last. Soon guests start to trickle in and are in awe of how strikingly beautiful she looks,

“You look beautiful” one says, as she spins around in a mass of tutu.

“Ha! Oshe! Madam paparazzi,” another says, then pulls her in for a tight hug. To be the center of attention for one with so little a striking personality was a rare opportunity, even for just a day. She relishes the attention, absorbing every beautiful comment that makes her heart bubble with excitement. This is bliss, she thinks.

Trying not to rush dinner, she eats with ease, relishing each forkful of her order. The food is great, and it meets with the expectation she has built in her head but not with her stomach. It is revolting from a long day of starvation meant to build expectation and create space. She almost cringes with each passing wave of cramps but the façade of bliss on her face is unaltered. The belle of the party is undeterred. When they finally bring in the cake she had ordered herself, with sparkling firework candles, whilst singing happy birthday at the top of their voices, it didn’t matter, in the moment, that she is cramping up in her stomach, or the corset is biting into her torso, or that she has gained 2kg in the past 3 months and she hates her legs in this lovely dress. Or even that she feels out of her element in a restaurant that she cannot discern half the menu and it seems to entertain those used to such sophistication. What matters is the love of those who surround her and have joined in the singing, those who have left all ends of town just to show up to her birthday, making her the most important person that is seated in this room. She puts on a wide smile basking in the moment as it’s fleeting by.

Twenty four hours was all the day could give out and so coincidentally when the clock strikes 12, I hold a wipe to my face in front of the mirror, half of me bare to the world and staring at the other half of her covetously, but her time is over. I sit on the bed reliving the past 24 hours that had brought me nothing but pure joy, there was nothing I would do differently if given the opportunity.

I wake up the next morning to grumbling skies, threatening to spew out its burden. I reluctantly get off the bed, I need to get home. As my friend drives me to the bus stop, I cannot stop thinking about the past night. The pattering of raindrops on the windshield pull me back to my reality. Just as we reach the bus stop and I prepare to go out into the now torrential downpour, I search for a nylon to cover my hair – the remainder of my magical night, and as I get down into the rain to enter into a rusty public bus, I never felt more like Cinderella, at 12 midnight the enchantment had fizzled away, and the rain soaking through my light tee shirt welcomed me back to my normal.

BN Hot Topic: The Many Hot Takes about iPhone 13