Nigeria and the MDGs: Where We Are and How YOU Can Make A Difference 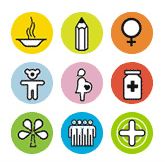 On September 20-22, World Leaders including a group of representatives from Nigeria (President Goodluck  Jonathan withdrew his commitment to attend a few days ago), will attend the UN Summit on the Millennium Development Goals, which will be held in New York. It will be a chance for the government to accelerate the progress or lack thereof towards the MDGs especially when in Nigeria, a country with a population of more than 150 million citizens and counting, despite earnings of more than $300 billion from oil revenue, Nigerians remain among the poorest in the world. Such findings reveal the reality of life in Nigeria whereby 92% and 71% of the population live on less than $2 per day and $1 per day respectively.

Furthermore, as of 2008, the major source of water for drinking and cooking for 28.4% of Nigerians is a bore hole hand pump. 97% of 17-22 year old Hausa girls from poor homes have fewer than two years of education; presently, 25 seats are held by women in the national parliament, for men it is 333; the percentage of women in 2008, between the ages of 15-24 years old, who used condoms at their last high risk sexual encounter was 35.5%; the percentage of children under 5 years of age with a fever who are treated with appropriate anti-malarial drugs as of 2008 was 33.2%; and as of 2009, 13% of terrestrial and marine areas are protected.

What does this mean? It means that the Nigerian government is woefully behind in achieving the United Nation’s Millennium Development Goals. For those who are unaware, in 2000, world leaders met in New York City to adopt the United Nations Millennium Declaration, committing their nations to a global partnership to reduce poverty, and agreed to a time-frame for ending global poverty and other issues by 2015, which are known as the Millennium Development Goals (MDGs). There are 8 MDGs which range from eradicating poverty and hunger, promoting gender equality and empowering women, ensuring environmental stability, reducing child mortality, to combating HIV/AIDS, malaria, and other diseases.

Although in some African countries pockets of success stories have emerged, many countries like Nigeria still remain off track to meeting the goals by 2015. According to the UN, Nigeria is off track to eradicating extreme poverty, reducing child mortality, and improving maternal health. Why this is the case, despite all the wealth in the country, is quite baffling. The Nigerian government obviously knows what is necessary to achieve the MDGs; the issue is how willing are they to do so? That said, the truth is the Nigerian government cannot do it alone. As Nigerians, we also have a role to play.

The question now becomes how can we as Nigerians aid the government in getting back on track to achieving the MDGs? I compiled a couple of suggestions, some of which I believe are often overlooked, that I think will help us aid the government in achieving the MDGs by 2015 and beyond. Before I commence, I will preface this by saying I am not an economist, public health official, or professor of sorts. These suggestions and observations are a result of research, discourse with fellow Nigerians and academics, and the volunteer work I am currently involved in.

What the Nigerian populace can do to assist the government in achieving the MDGs:
1) Have a deep love for the country: I understand that Nigeria and the government has hardly shown that it cares about its people: from the Jos crisis, the slow response by the Nigerian police to armed robbery attacks, to the death traps known as roads that we use, loving Nigeria is daunting. However, we need to start somewhere. For one, recognize that if Nigeria fails, we all fail. It’s that simple. Which is why despite the annoying level of ethnocentrism that abounds among some citizens in western countries, I do admire the fact that a love for and pride in the country is often a root cause. Nonetheless, I will concede that the surge of “Nigerianitis fever” that has taken over Nigerians in recent times is a positive step forward.

2) Support and have a mutual respect for each other: Nigerians must support and love each other. The disheartening level of disregard and animosity that pervades the way we think and behave towards each other must cease. For example, it is not unheard of for expatriates hired by some companies in Nigeria to have access to chefs, nannies, drivers, choice residential areas, a standard of living that most may never be privy to in their home countries. While a Nigerian who might be equally qualified is provided with lesser perks or languishes in poverty. What makes this acceptable? We need to end our reverence for all things foreign as being superior. Until we address the inferiority complex syndrome that abounds and stop the trend of allowing other countries and divisive leaders to take advantage of us, Nigeria can never progress and achieve the MDGs, which I believe requires unity among citizens.

3) Get Involved: Nigeria’s inability to achieve the MDGs is a political as well as a civilian issue. First, Nigerians need to be aware of who their leaders are in order to keep them accountable. Second, lobby them and go out and vote. Understandably, the history of free and fair elections in Nigeria is depressing in itself, but it is imperative that we make our voices heard. Like fellow Nigerians did in March with the “Enough is Enough” protest, we need to take a proactive stance on pertinent issues and develop a culture of volunteerism. When we get involved, it will be preposterous for individuals like IBB to say that “the younger generation cannot rule Nigeria.” We also need to continue writing articles and op-eds in newspapers about the MDGs. We can take a cue from Banky W and Reuben Atiba or Bayo Oluphonda’s open letter to IBB.

4) Keep each other accountable: The 6th MDG of combating infectious diseases can be fostered by advocating a practical stance towards hygiene that is not solely applicable to ourselves, friends, and families, but also to the environment we are situated. This will prevent the spread of infectious diseases and increases the efficacy of treatment if localized. In addition to the risk of spreading deadly diseases, thousands of people put their lives at risk on the freeways to pick up our litter and trash, as such, we need to stop littering, throwing trash on the roadside and bridges or peeing on the street or in gutters.

5) Form organizations, eschew sexism and cultivate a habit of giving to those in need:
We need not donate millions of naira before we help those in need. Sometimes, all it takes is something little like what Tari Ekiyor did in the Mohammed Lawal story. Often, little things can make the most difference. Groups of friend or concerned Nigerians can join hands and raise funds to buy and donate food and clothes to children and families who live under the bridge or are homeless. Small but impactful. We can also form organizations or NGOs that can be used as a platform or tool to source for funds that will aid in tackling the various MDGs or serve as government watchdogs. Keeping in line with the 3rd MDG of promoting gender equality and empowering women, we must encourage young girls to get an education and aspire to positions of leadership. Current President of Liberia and Africa’s only female president, Ellen Shirleaf Taylor, was born in poverty. But her parents urged her to further her education which in turn broadened her scope on life and paved the way for her to become a great leader. Moreover, given the numerous reports that show that thousands of households in Nigeria are now being supported by women, it is essential for women to get a good education and job so that they can have a good standard of living and support their families. When you educate a woman, you educate a nation!

Effecting change, is not easy. We will feel like giving up. But we must be cognizant that Nigeria’s success is contingent on our hard work, unity, sacrifice and persistence. We cannot afford to remain complacent and yet continue to complain about the state of the country. The African proverb says it best, “Where you will sit when you are old shows where you stood in youth.”

Where would you like to sit when you are old?

Related Topics:Shade Anozie
Up Next

BN Skin Deep Series: “The Rash That Changed My Life”…Living with Psoriasis

In Pursuit of the Flesh