Is 'Lazyrade' the Cool Drink Served in Workman School? 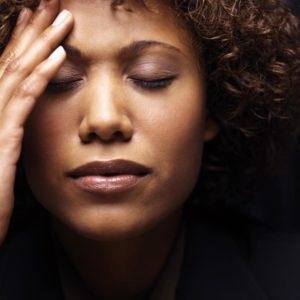 Many years ago, my family was working on a project in my home town and most of the workmen were brought from Lagos. Electricians, plumbers, tilers, and even carpenters. When I asked why this was so I was told that the artisans in my town were lazy and lacked good work ethics. I didn’t understand it, but as I was young and hey, it wasn’t my money they were spending was it?

In January, I went home and my cousin was working on this building project and I asked him where the workmen came from, as I noticed the light fixtures and bathroom fittings were exquisitely installed, and he said “I got the electrical guys from Lagos and the plumbing guys from Ilorin and even at that I’ve had to come every weekend to ensure that the work is done properly. Don’t you know men are lazy?” Adjusting my super hero cape, I launched into a tirade of how I would not standby and have my towns men’s character besmirched and then he explained that these men get paid for a day’s work. They stroll to the site after 9am and work as slowly as they for about an hour or a little over an hour before they go off for breakfast.  Most days, they come back and work for a few more hours and they go off again for lunch. By 4pm, they’re already packing up and he has to pay them for a full day’s work. He lamented that before he ditched ‘patriotism’ for effective and optimal work, he realized that the project was going to run on forever if he didn’t do something FAST!

So why did I just randomly remember this issue? I found a leaking pipe in the kitchen this morning and I groaned! I was going to have to call a plumber and I honestly hate having to work with artisans. These craftsmen have a way of driving you to the edge of reason! Tailors, (I’ve given up completely on them because they wanted to drive me crazy), mechanics (that will require a whole blog post to analyze why they are the way they are and we may never reach a conclusion), plumbers, electricians, hair dressers, carpenters to mention but a few.  What is the real issue with artisans? Is it a lack of zeal for their trade? Someone told me once that she changes tailors after she uses them twice. According to her, by the third outfit they start misbehaving. It was funny but it really makes one wonder?

There’s something about righteous anger; it wells up within us when we think about how we’ve been wronged by one artisan or the other but it does make you think about ourselves too. Am I giving my employer 100% of my work capacity? I know there are days when you wonder why time is running so slow when all you want to do is just be in bed and watch TV but the truth is we need to work while we’re young and strong. I shudder at the thought of still having to work when I’m old and frail. I want to spend my retirement baking cookies and spoiling my grandchildren to bits.

So irrespective of your trade or profession, it’s important to work hard while you’re young, let tardiness take a back seat. If you find yourself in a job where you feel your skills are under utilized or you feel like being there isn’t helping you achieve your maximum potential, brethren, MOVE!

Why? Because your name, good or bad, will live after you. Work hard, work smart and be diligent.

Have a fabulous week ahead!

Let’s share some horror stories about artisans. 😀 Is there something theyserve in Artisan School that makes them lackadaisical or maddeningly frustrating? Or is it just laziness with no other name or slant to it?

Re-Writing the Stories of Special Children: Bake For Change & AIPA’s “Educate the State – Sponsor A Child Initiative” Raises Hope for the Kids

Oh to be a Bride! 3 Beautiful BN Brides Share their Wedding Planning Experiences