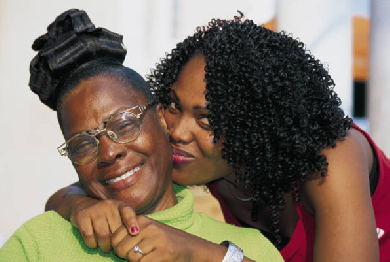 Marriage is a very tricky situation. Wait! I’m even getting ahead of myself. Let’s start with relationships. It’s all fun and games in relationships until things start getting serious and you have to meet your partner’s family members. You have the odd cousin’s  wedding you have to attend because, oh well things have started getting serious and you have to start meeting some of these people because hey, if there’s any prospect of any future unions, you have to get with the program quickly. However, some of these early meetings at parties can make or mar the future. There’s something about first impressions that have a way of working their way into lasting relationships.

Nigerian in-law relationships vary from tribe to tribe and some people have some serious cultural dictates which they strictly adhere to. Among the Yorubas for instance, if there are two brothers and the younger son married first, his wife is the “iya’le” and as such when they’re family events, the newer wife takes second position.  The dynamics of in-laws vary from family to family. You have some homes where the siblings are very mouthy and playful and you’re coming from your own house where everybody is “Broda Mi”/”Sister Mi”. It’ll take a special kind of strength for you to endure what you’d now come to term as ‘rudeness’; meanwhile those ones are just being themselves.

It gets even trickier when you have to deal with parents. Look at it this way! Can you imagine yourself as a parent and think someone can love your child more than you do?  I guess that’s the way it is with some mothers-in-law. My friend told me of how he was on the verge of asking his wife to go back home because her Mom and her sisters seemed to be the grundnorm in their home and he wasn’t sure how much longer he could bear it. I asked him to be a little more tolerant because the whole ‘leaving and cleaving’ thing wasn’t as easy as it was in theory.   Families vary; their experiences vary, their mindset and backgrounds vary and it gets a little complicated when you bring someone with an entirely different mindset to ‘cleave’ to you. Some people make it work and it’s so delightful to see where in-laws get along beautifully. The flip side of that is DRAMA!

When my friend Aina started dating her boyfriend, (now husband) his Mom was away in America taking care of a new grandchild. She met Maami when they came to Abeokuta for the wedding. Now, Maami had been away for 2 years and it had caused a fracture between her and Paami. Paami had ‘procured’ a young sisi to take care of his errrrr physiological needs. 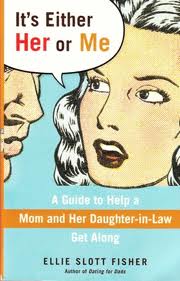 But the gist between Paami and Maami isn’t what I want to give you. It’s what happened after! So, Maami had to move in with Aina and Jide. Like any new bride, Aina was not too pleased but there was nothing she could do about it. This was the Maami of her beloved, darling, sweet, dapper Jide so she put all her inhibitions in a box and locked it all up. Because she had no previous relationship/interaction with Maami, it was a complete adjustment.  Maami attends one of these churches where they believe you can never be too careful in this life. Everybody is out for you so there must be one water sprinkled at table,  one candle burnt before you go to bed and oh let’s not forget the specially prayed upon bottles of water.  Living with Maami came with having to deal with all these issues, especially dramatic for Aina because she was coming from the extreme end of the spectrum. Maami eventually got her own place but surely you can’t preclude a mother from seeing her own son,  so Aina learned to keep a respectful distance, remain as polite as she could be but knew to stay away.

Her story isn’t very different from other people’s own and it has helped to set my teeth on edge every time I think of the prospect of in-laws in general. The Nollywood and Patience Ozorkwor stereotypes haven’t helped matters at all but how does one handle the situation with in-laws? Do you lay down ultimatums? Do you gently side-step them in order to live in peace and harmony? In times of difficult situations do you think every body should handle their own side of the family?

Someone  once said “My husband and I have agreed that we don’t want family members living in our house because  they’re trouble makers. Imagine my mother in-law reporting me to Nifemi that I didn’t put the rice in the flask when I finished cooking! Isn’t that a trouble maker?”

What do you guys think? Let’s calibrate your in-law tolerance level!

Humpty Dumpty Fell off The Wall! Have You Ever Had A Great Fall?