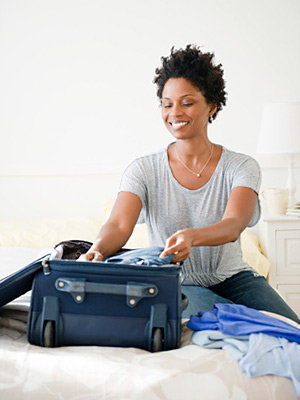 I am TIRED! Physically exhausted is putting it very mildly. I’m in this race against the clock just so I can put this up before the title “morning” becomes redundant. For the past 10 days I’ve been part of the hosted media by South Africa Tourism for the Tourism Indaba 2013 in Durban, South Africa.

It was an activity-packed trip and every evening as I plonked into my hotel bed, I’d just want to sleep. On Saturday, we were at the MTV Base All-Stars party with Snoop Lion, DBanj, Flavour, Professor, 2Baba and Zakes Bantwini. As we were partying into the night, I had to remind myself that we were scheduled to be at the airport early to catch the flight to Johannesburg for onward transmission to Lagos. That gentle reminder was also because I hadn’t packed my things. I HATE packing. It’s so difficult to pack for a trip. Just before I left, I had read about the INDABA and found out that there was a lot of walking around to be done; in fact, prospective delegates were advised to wear comfortable clothing. “Smart casual”. Those words filled me with dread and I’ll tell you why.

You see, I’m the whole of 5 ft and for some reason, my confidence is boosted when I have my size 5 feet safely ensconced in at least 4 inches of heels. Anything less than that then I’m probably with really close friends or family. So here I was, going to be in public, and I had to wear “comfortable shoes”. Then there was the issue of the post-INDABA events which had been planned, how would I figure out what to pack and what to leave out?
I hate packing. There’s this fear that you’ll leave something behind or that you’d over pack and be stuck with excess luggage. Should I pack a towel? No they’d have towels in the hotel! Should I carry my body cream? The tub is quite large and it’s just 10 days, hotel moisturizer won’t kill me. Shoes? How many pairs? 4? 3? An extra pair of glasses… what if I lose my regular pair?

How do you ensure you don’t over do it and get stuck with luggage at the airport?

I asked some friends and two of the guys said that the problem of packing was something only women worry about. One of them actually said he just packs 1 pair of jeans and 2 tee-shirts and he’s ready to go.  Another guy said he actually tries to coax his girlfriend to pack his luggage so he can blame her if she forgets to include dress shirts and the right number of pants.

I remember, I saw a documentary on Masai Ujiri (the general manager of the Denver Nuggets) on how he constantly travels and how he deals with luggage. Brethren, packing is a real life issue. I mean, some people have a handle on it. Like someone said, “just roll up your clothes instead of folding them and utilize all available space. Those spaces in your shoes are not for nothing.”

Please share your luggage packing woes and triumphs with me. Have you ever packed the most unnecessary things just because you didn’t want to leave anything behind? If you love packing, please share some of your magic tricks with me. Would you rather have someone pack for you?

I have to love you and leave you. This girl needs to sleep. Our flight was delayed because the crew discovered fire in the plane so they took us back to J’burg, fed us well (Shout out to South African Airlines for this!) and then finally brought us to Lagos 4 hours behind schedule. You can trust that the Nigerians on board gave a thunderous applaud when the wheels touched the ground. It was hilarious.

Have a fabulous week ahead. Be strong, be happy, and try to keep your head up.