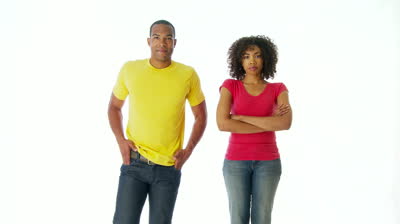 The movie Titanic is one that is capable of making me cry, irrespective of how many times I watch it. Apart from the fact that it tells the story of everything that could go wrong when there’s too much self-aggrandizement, there’s also the sweet love story of Jack and Rose. Over the years, there have been several graphic illustrations of how Jack and Rose could have shared the raft and survived. According to the proponents of this argument, true love didn’t have to be ‘stupidly’ sacrificial.

A lot of people believe that sacrificial love is the definition of true love. I’ve often heard that true love is unconditional love – the sort that is unwavering and doesn’t shake; the sort that in the midst of adversity, remains strong and true.

But, does this kind of love really exist?  I had a conversation with a friend whose marriage of 17 months recently packed up. According to him, he just didn’t love her any more. I asked if there was another woman involved or if Missus had done something to offend him. He said no. The fire just died. Just like that? The fire died!

Going by what we learn in novels, movies and wedding stories, love is sweet. It makes the world go round. Literally. When you’re intoxicated with love, it feels like you can take on any adversity. You feel like your world revolves around this one person. That person is your go-to person. He/she is the person you tell even the most mundane things. However, some people say that they have grown into love. They love because they have seen certain traits in the person and in their present circumstance, they like those traits so much that they want to bask in it. This is why it appears that you outgrow certain relationships. For instance, if you’re completely emotionally and financially dependent on a person while you’re broke and jobless, there’s a certain love which you would feel for a benefactor who is there for you at that time. If that is all the person is to you, chances are that when your circumstances change, there’s no void to be filled and as such, slowly, but surely, that love will diminish.

Even with siblings and parents, where there’s a ‘natural’ presupposition that love is unconditional, there are times when brother will not necessarily leave the raft for sister. If a father doesn’t give up his last bread loaf for his son, does it mean that he doesn’t love the child? Or did the love die along the line? If two brothers go into business together and have an altercation – to the point of one sending the other to cool his heels in police detention- does this mean that they don’t love each other? Or does love take a back seat to the harsh realities of life?

If it is possible for love to die along the line, can we suppose that a man can indeed fall out of love with his wife? According to my friend, Lara, there’s nothing like love dying suddenly. “It only means that you didn’t love the person from the jump. A lot of people mistake infatuation and attraction for love.” I replied in a dour tone “Don’t we all?”

What do you guys think? Is it possible for love to die? Is it that we don’t get the definition of love right from when we think we feel something? Remember when we talked about knowing when you’ve met the yin to your yang? {Check out the comments here}, a lot of people described that feeling. But does that feeling die? Or do we kill it by being selfish? Or is it that we just grow up?

Let’s have some real talk here this morning.

Oh, before I go I’d like to say a special amazing morning shout out to Onos O! He taught me the meaning of ‘cinematography’ and when I saw 12 Years a Slave last night, it was all I could talk about. “Gosh, the cinematography was WOW!”.  If you haven’t seen the movie, you really should. Chiwetel was all sorts of amazing.

Have a beautiful week ahead. Remember to keep it positive. Strive to excel in whatever situation you find yourself. Encourage people around you to be logical and active.

BN Cuisine With Chef Fregz: What The Jamaicans Gifted Us