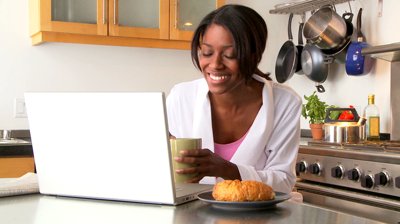 Sally had been up until two am the previous night working on her project. She was bone tired and in no mood to greet the sunshine pushing its way past her window blinds with any warmth. With a weary sigh and a foul temper, she got out of her bed and into the shower to start preparing for work. As the hot water cascaded down her skin, beating out the weariness and leaving in its wake a hint of lemon from her body gel and a clearer head, she could not revel in the glorious feeling she usually found comforting. It was going to be one of those days.

When she got in to work, she headed straight for the one that would make her feel better. “The thing about life”, she mused, “the unexpected always happens”. How this one came to mean so much to her, and became a mate she would never know. All she knew was that the turning point in her morning from hell was about to happen.

As she walked in and headed towards that one, a smile of relief, gratitude and warmth lit her face. She had come to rely on and cherish the warmth, scent and tenderness that swathed her whenever the one was involved. It was a total feeling of satisfaction and contentment with the world.

With a spring in her step, a smile on her lips, a jaunty wave to some other people in her periphery, she made her way towards fulfilment. “Wait!!! Nooo!!!”. “What is going on here?” Her smile had been replaced by a frown, her jauntiness no more, and the one? “Oh the one! So much betrayal. Is nothing sacred in this world anymore”, she thought?

Sally sat her desk and starred morosely at her lovingly prepared cup of tea, and her abandoned croissant. You see, Sally had always had a FRESHLY baked croissant for breakfast, but not today. Today, she had been fooled into buying a stale croissant. The café had passed off the day old croissant with the freshly baked ones, and she had paid the price for their greed or commercial sense as the case might be.

It wasn’t the freshness or lack thereof that upset Sally so much. (If the entire truth be told, it was). It was the fact that the café owners could not and would not understand how an action perfectly normal in today’s commercial world had such an impact on her morning. Sally took pleasure from the little things because her life was hard. She had two siblings to take care of and had been sole keeper of her family since her mother’s death, and her father’s determination to replace her with the bottles of whiskies he carted about. She had two jobs, and was enrolled in night school, but most of all, she and her family were illegal immigrants in the city of Ghafrt.

Everything they had; job, school, house, was all a lie. Her life was a lie, and it was hard enough and complicated enough that she could only “afford” to take pleasure in the simple things such as her freshly baked croissant which caused a dent in her weekly eating budget, but it was a prize she was willing to pay. It gave her a feeling of wellbeing. For that minute whilst she sat at her desk eating her freshly baked croissant with its melt in your mouth soft buttery innards, its paper perfect crunchy crust, washed down, no carefully helped along with a cup of tea; she did not feel like a beggar, she did not feel like she had any worries in the world, she felt like an ordinary person who could afford to eat such “luxuries” without calculating the cost. “What then is the cost of a stale croissant?” she thought.

Sally sighed, drained her cup of tea, and gave the croissant an extremely malicious look. The croissant in turn stared dolefully back at her as if to say “I am not the villain here”. She did not want to eat it, but it went against her grain to throw food away either, besides “Thomas might enjoy it later, at home”. She wrapped it up in a tissue paper and put it in her bag. She sighed one more time, put on her big girl pants, pasted the widest smile on her face and laughed in time and in tune to a joke one of her colleagues just told. She was one of them after all.

Temi A. is a 24 year old with an LLB law degree from the University College London. She also has an LLM with specialisation in Public International Law from the University of Manchester. She currently works as a librarian while hoping to qualify as a solicitor.

Is this How to Get Signed? Banky W stars in New VHS Skit – Watch!