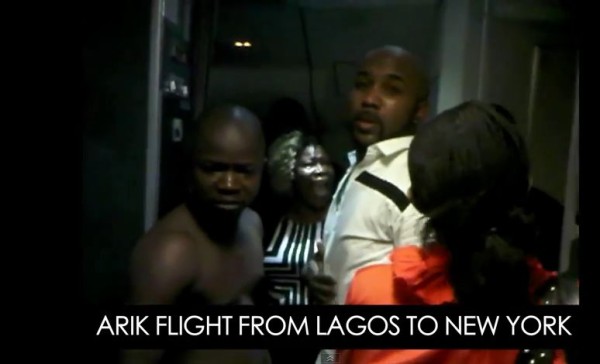 On Sunday 6th April 2014, Sahara Reporters released a video that showed passengers stuck on an Arik Air airplane on a flight from Nigeria to New York. If you missed it, click here

The video has since gone viral.

The management of the airline has released an official statement on the incident, apologizing for inconvenience and discomfort.

To all guests who travelled on flight W3107 (from Lagos, Nigeria to JFK, New York) on 31st March 2014, Arik Air offers an unconditional apology, for the inconvenience and discomfort caused by both the 55 minute delayed flight departure and the failure of the airplane’s air-conditioning system prior to said departure.

In this regard, the experienced schedule delay was a result of complications related to the cargo loading process as managed by Arik Air’s contracted ground-handling agent. Unfortunately, whilst efforts were rightly being expended to overcome the cargo loading difficulties, the backup air conditioning unit (which should have been provided by our ground handling agent) was declared unserviceable and thus unavailable for use. Upon resolution of the cargo loading difficulties, the air-conditioning system was finally restored as the aircraft prepared for immediate departure under its own engine power.

Arik Air, and its Management, acknowledges that the handling of the situation on board was less than satisfactory and falls well short of the high standards of service that its esteemed travelling guest have come to expect of us (and which we demand of ourselves). Arik Air’s Management wishes to assure our esteemed guests that the necessary remedial measures have been initiated to prevent the repetition of such an incident to the extent possible/controllable.

Arik Air is committed to providing a safe and comfortable air transport service to every guest and on every journey. Arik Air wishes to thank all guests who endured this inconvenience patiently, despite both the trying circumstance and the unfortunate exhibition of aggression, to both people and property, by a minority of unruly passengers onboard the aircraft.

Arik Air values, greatly, its relationship with her guest. Hence, to all the affected guests, please note that we intend to pursue the restoration of the trust and faith vested in us by your good-selves. In this respect, Arik Air shall be contacting each affected guest on flight W3107 31st March 2014, to express these sentiments (and seek such restitution of trust) individually.

Once again, please accept our humble and sincere apologies. You and your patronage are dear to us. We exist to serve you and we look forward to doing so again in the near future.

For and on behalf of
The Management Team

WED Expo Stormed Lagos Again! Photos of Exhibitors & Happy Shoppers at the 2014 Exhibition | Next Up Abuja