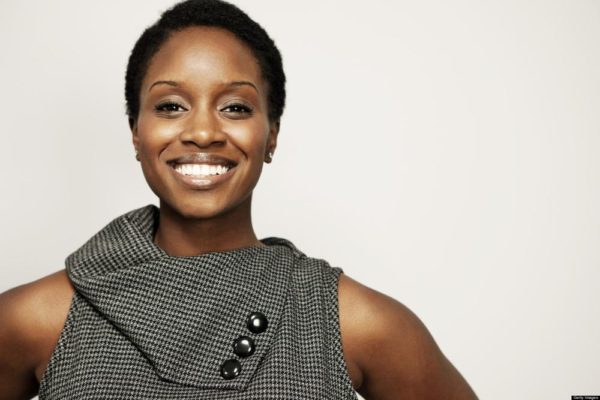 Duke Town was known for heavy rains and fierce harmattans. In 1821, the trade wind was fiercer than ever. Cold zephyr interspersed with warm sunshine that day, the sun peeked through the thick foliage and tried to catch a glimpse of the girl; its curious rays warmed her bare back and kissed the twin peaks of her naked breasts. She sashayed to the music of nature, each step measured, confident, and purposeful. Her long neck was cocked to one side, like she was expecting a particular sound. A rustle in the bushes brought a coy smile to her face. She dropped her clay pot by the bank of the stream and adjusted the small piece of fabric that covered her waist.

“Who goes to the stream when the sun is this high in the sky?” a voice said behind her. “Looks like you are waiting for someone.”
She turned and faced the owner of the voice that caused tiny movements in her stomach.
“And one would think that you were following me,” she replied.
“Why would I follow you around? Haven’t I got better things to do with my time? I am not following you Nkoyo,” he said, and then he pulled her into the arc of his arms. The muscles of his back rippled under her long fingers as she ran it up and down its length. He buried his face in her neck and inhaled her fresh scent.
“I cannot wait to be yours, Onoyom, come for my hand.”
He sighed. “I have tried, Nkoyo. Your father thinks you are too good to be a farmer’s wife. I think he is right.” He traced her lips with his thumb; his eyes followed the finger down her neck, her chest, her breasts.
“I will come for you again, Nkoyo. I will stand bravely in front of your father and demand for my woman.”
She laughed at that, the musical sound reverberated in his soul and drew him in. He reached for her small wrapper and it came away eagerly. He drew her down to the soft sand that bordered the stream and the sun bore witness to the music of their bodies.

Edidem Asuquo turned to the visitors in front of him and smiled. The sight of their crimson faces and ears amused him. A few weeks under the African sun and the white men had already acquired leathery skins.
“You come back quick, why?” Edidem asked. He eyed the bags of copper bars in front of him and the smile deepened.
“Darned abolitionists shot down our ship full of cargo and burned it down. We joined the French ship and sailed from Nice to Liverpool. The sponsors are angry and they want new wares. Can you help us Edidem?” the spokesperson of the group said. He took out a pipe and lit it. The strong smell of tobacco hung in the air between them.
“No slave for you. Nobody steal, kill, or born twins since you go. You pay for slave I give you before,” Edidem said, frowning at the bags in front of him. The thought that he could lose them bothered him – it was too much pay to let go of. The people in the village had refused to break laws since being sold into slavery had become the punishment for the smallest crimes and it was not good for his business with the British traders. Edidem knew that other kings allowed the traders to kidnap people at random in their kingdoms; He prided himself on his justness.
“It is not your fault, Edidem. The Americans and their allies want to end the trade so badly, they are patrolling the coasts and freeing slaves in the ships and sending them to Liberia. All we want from you is a little freedom to get the products by ourselves, to offset the loss we suffered. In other places we just take what we want, but we respect you enough to ask for permission,” William said.
“You want innocent people?” Edidem asked. He did not like the idea of giving them that much freedom.
“Yes. we will double the usual pay. We are offering five bags of copper.”
“I no agree…”
“…Six bags…”
“…I only sell bad people…”
“…Ten bags.”

***
The lovers lay on a bed of crushed flowers, limbs entwined, breathing in the scents of their passion. Onoyom raised himself on his elbow and gazed down at his love. Her wrapper lay in a heap near their bodies.
“I wonder what your father would do if he saw us right now.”
“He’d force you to marry me, disgrace and all.”
“So it is that simple? Maybe we should just go to his palace and make love there; it might make him give you to me today.” She laughed, the sound gripped his heart and squeezed. Footfalls in the bush caught his attention, he sat up.
“Did you hear that?” Onoyom asked, he sprang to his feet and searched the area with his eyes. From the corners of his eyes, he saw three hefty men circling him. One swift swing of a tree trunk and Onoyom lay on the ground, bleeding from his nose and ears. He heard Nkoyo’s terrified screams, but it felt like it was coming from afar, like she wasn’t standing naked in front of his captors and screaming her heart out. He heard the clank of chains as they were slipped on his wrists, his neck and his feet. He heard footsteps going towards Nkoyo, “What do we do with her?” the person asked. Onoyom did not understand the English words, but he heard them.
“We will not touch her, she’s Edidem Asuquo’s daughter,” somebody else replied. Then Onoyom heard nothing else.

***
“Where did this happen?” Edidem asked his distraught daughter. She lay limply in front of his throne and sobbed.
“Near the stream, father. They took him. You have to help him!”
“Nkoyo, how many times have I told you not to go anywhere alone? See how you placed yourself in danger because of some childish love affair?”
“These people are your friends, father. Send some men to them. Tell them to bring Onoyom back.”
“You just said that he was kidnapped, and then you still say I should send my men to the same fate. Maybe this is a blessing to our family, in time your pain will lessen and you will find a man that matches your status,” he rose from the high-backed chair. “Go to your mother, Nkoyo. That is all I can say on the matter.”

***
Nkoyo trudged through the stream and the thick forest. Crawling stalks pulled at her ankles and scratched her shins. Blood dripped from the insect bites on her arms, the tears flowed, unhindered. She knew her father; her stubborn, rigid and proud father. It wasn’t his loss so he did not care, but she could not imagine a life without Onoyom. There would be no long evening walks in the village, no stolen kisses near the stream, no reason to live. Her father had said that she would recover, but how could she recover from a love she had known her whole life?

She came to the end of the forest and observed the beach in front of her. Their share of the Atlantic Ocean stretched before her, but she did not admire its blue beauty, not when Onoyom was shackled with the other captives. The captives lay there on the beach, bruised and chained together like animals. A bawling baby sat beside a woman who was so still that Nkoyo wondered if she was alive. She took a deep breath and walked towards the ship.
Captain Williams saw the princess and walked towards her. Onoyom also spotted her and tried to raise his weak body from the sand.
“My Nkoyo, what are you doing here?”
“I have come for you, Onoyom.”
“You are a Silly woman. You will have a good life without me, turn back now!”
She turned to the captain.
“I want Onoyom.”
“I cannot release him to you. I made a deal with your father and the slaves are ours. Go home now.”
“No!”
“I know that your father taught you English so here goes: The minute you step in the ship, you become a captive and will be treated like the others. You may get sick and die during the crossing or we might run out of food and have to throw you overboard. If you are lucky, you will reach the new world and you may end up being sold to a different owner and you will never see him again. Plantation work is different from the privilege you are enjoying here as a princess. This is your last chance to turn around and go home.”
“Nkoyo, if you love me, do as I say! Go home,” Onoyom implored.
She smiled through her tears and offered the captain her wrists.
“Chain me,” she said.

Fountain of Life with Taiwo Odukoya: Finding Harmony in Differences