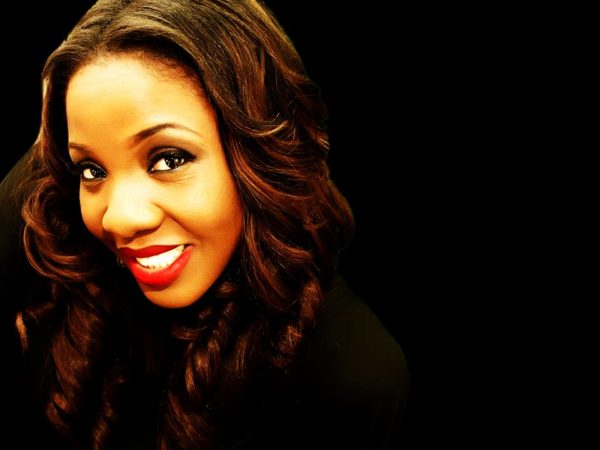 “Do it afraid, jump and build your wings on the way down” – Paul Martinelli

What comes to mind when you think of the topic “Doing it Afraid?” FEAR right? Well, that’s exactly what it is.
What is fear?

You may have heard that FEAR is the acronym for ‘False Evidence Appearing Real’, which is exactly what it is.
Growing up we had financial challenges. I grew up never wanting to experience lack and decided to work my way silly. After a couple of years, I got my dream job in my dream company and loved it. However, I had kids and didn’t get a chance to see them often. Also, I wasn’t fulfilled and so I began to feel uneasy. Then life began to happen – my mum was diagnosed with a brain tumor for the second time and I had to travel with her abroad for about 6 weeks which gave me plenty of time to think. Just before that, a school mate who was so full of life passed away. Shortly after, the Dana crash happened and many young people I knew passed away.

This, coupled with some other life experiences, made me realize that life and time are both precious. What if I passed away? What have I done with the time that has been given to me? Have I spent enough time with those that matter to me? What’s the point of doing something that didn’t bring joy, fulfillment? What legacy am I leaving? I began to think of leaving my job but then I was afraid. My job was my security; I didn’t want to live the life of my childhood. My job was my identity, what would people think? What if I failed? I prayed and sought God and He showed up. He told me to resign. I said to Him but I don’t have a plan B. I don’t know what I want to do or what I’m good at. Then He took me to Genesis Chapter 12 when he told Abraham to leave his family and the land he knew to the land that He would show him. That was my cue. I did it afraid.

What are the types of fear people face?

Fear of Failure
“What if I fall? What if you fly?”
It is okay to fail; failure is a necessary part of the process to success. Peter Drucker says “fail fast, fail first and fail often.” We are created to learn by failure. How does a baby learn how to walk? By falling and trying again. The only way you know how to do anything is to first fail at it. Then you would know how not to do it.
Most of the world’s most successful people were experts at failing. Walt Disney was fired by a newspaper editor because he “lacked imagination and had no good ideas.” Bill Gates and Steve Jobs dropped out of school. Thomas Edison made at least a thousand attempts to create the light bulb.

Fear of Trading Security for The Unknown
After I informed one of my mentors, that I was leaving the company which I loved so much, he was intrigued and wanted to speak with me. He proceeded to tell me his own story. When he was about 31, he resigned from a well-paid job to move to Nigeria to do something in the asset management space. This was about 20 years ago when the financial industry in Nigeria was very premature. He left the security of a well-paid, stable job for the unknown. Today this company is the largest non-bank financial institution in Nigeria.

Fear of What Others Will Say/Think
People fulfilling other people’s dreams such as studying medicine because your father is a doctor usually fit into this category. I recently read an article about a hospice worker who shared on the “Top 5 regrets of the dying”. The most common regret was “I wish I’d had the courage to live a life true to myself, not the life others expected of me”.

Fear of Not Being Able To Cope Financially
This is what I believe may be the most common fear. Trust me you would be fine. You will just have to make some TEMPORARY adjustments. It’s all about delayed gratification as opposed to instant satisfaction. Would you rather pay now and play later or play now and pay later?

So how do you do it afraid?

Change Your Belief System
I recently read an interesting story about the elephant. Do you know how trainers control massive 5 tonne elephants and keep them from running away? When the elephants are babies, they tie one foot to a wooden post that is secured in the ground. The elephant tries to get away but because it is not yet strong it is unable to break away and it gives up. From that moment on whenever the elephant’s leg is secured it believes it cannot get away – even though it is able to and has been able to for a long time. Humans are like that. We are all programmed by our self-belief. We are limited by our thinking and what limits us is fear. However, fear is a thief and will limit us from breaking away and accomplishing our God given desires.

Believe in Yourself & In Your Dreams
Paul Martinelli says, “When your belief matches your potential then your life will change”. “You cannot out-perform your own self-belief”. The Bible says “As a man thinketh so is he”.

Build Your Faith
Think positive thoughts. Stay away from negative people. Celebrate your victories. Believe what God says about you.

Do It Now
Most people like myself, want to wait till everything is perfect but remember while you are waiting for things to be perfect someone else is learning from their mistakes. I read a story of a young, struggling actor. He wanted to write a script about a young, under-dog boxer who surprised everyone by winning the title but he thought no one would buy into the story. In 1975, he watched a match where a relatively unknown underdog Chuck Wepner, knocked Mohammed Ali to the ground in the 9th round. The match lasted 15 rounds and even though Mohammed Ali retained his title, the young boxer almost defeated him. The young struggling actor was inspired by this match and began to write the script that night. He was done in three days and that movie, Rocky, won three Oscars and launched the actor, Sylvester Stallone, into a multi-million dollar career.

Take The First Step
This is what I did; see where I am today. A few weeks ago, I was invited by one of the world’s top consulting firms, to speak to its staff on financial planning. I was invited alongside top investment houses in the country, one of which was the company I resigned from. When I resigned I didn’t have a plan but I was secure in God’s plan for me.

Build a Dream Team
You need to surround yourself with a dream team. People that believe in you. You need a mentor, a coach, a confidant, a buddy, a sponsor, and a Judas (someone to keep you accountable and remind you that you can’t share your dreams with everyone).

Remember someone out there is waiting on you to be obedient to Gods call on your life, to be inspired by your story.
I’ll leave you with this quote by Shareinspire: “Sometimes what you’re most afraid of doing is the very thing that will set you free.”

What would you attempt, if you knew you wouldn’t fail?

BN Brazil 2014 Updates with Adeola Omitiran: Kicking Off on a High Note

BN Cuisine with 9JaFoodie: Cooking with Cassava – The Starter