Elevate U with Ifeanyi: Impossible? No Way 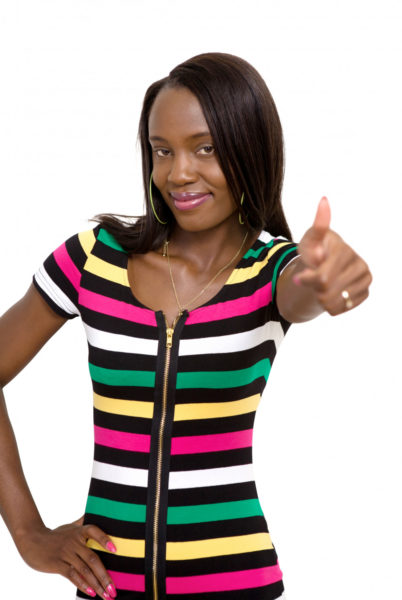 “Why do you need a knitting machine?” Ari Davis was asking. “Why not make a sewing-machine?” Being a manufacturer of instruments, an investor had come to him for a solution; he had searched without success for a machine that could ‘sew’ woolen materials.
“I wish I could, there’s no such thing as a sewing machine; it just cannot be made.” Was the disappointing reply “Oh, yes it can,” said Davis; “I can make one myself.”
“Well, then” the capitalist replied, “you do it, and I’ll ensure you make a fortune for yourself out of it.” Davis was not very serious when he made that pronouncement, but in the mind of one of the workmen who stood by, a mere youth of twenty, something awesome was beginning to happen. He wasn’t one of those serious-minded people, but he had not only caught the glimpse of the possibility of making the first sewing machine, but was determined to make this happen.

For four long years, it seemed as though nothing was going to happen, for that young chap had gone on to marry and raise three children without much income to support them. A man who believed in the power of ideas, the very thought of the sewing-machine haunted him night and day, and he finally resolved to settle down and produce one.

Month after month he spent trying to understand how a sewing machine should work without much success. One day, while trying to imagine how a single needle would sew in two directions, it occurred to him that to achieve that feat, the needle should pass up and down through the cloth.Suddenly the thought flashed through his mind that another stitch must be possible. It was then that real work started. Day and night he worked, trying to achieve a mechanism that would drive his discovery until he had made a rough model of wood and wire that convinced him of ultimate success.

Although in his mind’s eye, he could visualize the idea, he lacked sufficient funding to express it in a standard working machine. Undeterred by his lack of financial means, he turned to an old friend for funds in exchange for part ownership in the patent and in May, 1845, the machine was completed.

Today, over five million sewing machines exist because of the crazy idea of poor determined young man who was first thought not to be good for anything

Do you have a novel idea and everyone seems to see reasons why it shouldn’t work? And because everyone now thinks you are crazy and that your dreams are not feasible; don’t give in yet.
When Ford dreamt up the idea of putting a highly affordable fuel-powered car in every family in America at the very infancy of automobile, the whole world perhaps must have laughed him to scorn. Automobiles was strictly for the rich. There were not many car companies and the models many of them produced were unreliable and too expensive to maintain, but that was not enough to discourage him.

By in October, 1908, Ford had introduced the Model T. He had done his homework well and had taken his time to make it far more advanced in technology and design, easier to repair, more innovative and most of all cheaper. He knew quite well that the average working class American needed an efficient car but most often could not afford it, so he gave them the Model T. It was a phenomenal success. In just a few years, about half of the cars on American Highways and elsewhere came from Ford, selling over fifteen million copies of that easy-to-drive and maintain car.

It was Harry Forsdick who said that the world is moving so fast that there are days when the person who says it can’t be done is interrupted by the person who is doing it. And strangely, we can either choose to sit around arguing which one would be possible and which one would not be; or be the ones who by our accomplishments interrupt the people whose job it is to look people with dreams and ideas from head to toe and tell them how that their ideas are not feasible.

Odera Okakpu: Not That Kind of Girl