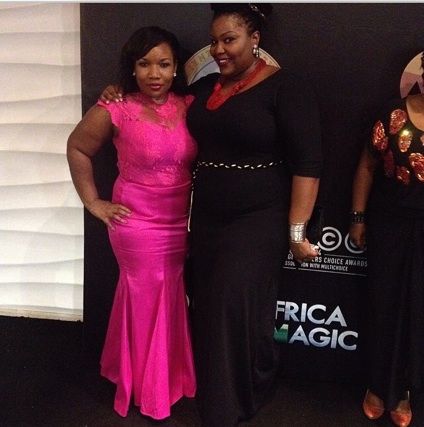 Rose tells endless pointless stories. Blanche is carefree and flirtatious. Dorothy is sensible and sarcastic. And Sophia, well Sophia is just plain crazy. These are the main characters of the old but popular sitcom Golden Girls which chronicles the life of 4 mature women living together in Miami. I spent my Saturday watching the entire first season without taking a bathroom break.

Growing up, my mother was particular about my friends. As a teenager I equated belonging to the ‘in clique’ with being cool. Friendship was about being with the right kind of people – people who said the right kind of things and looked the right kind of way. My phone never stopped ringing. My friends piled into my sitting room and my fathers’ official car served as a mini bus for my friends and I.

But my mother’s words never stopped ringing in my ears. It is impossible to have so many female friends, Glory. Time will teach you what friendship is about. It wasn’t until I left secondary school that I realized the porousness of my friendships. 16 years after secondary school I no longer see the need to keep in touch with the friend who made a move on my school boyfriend; the friend who told people I had a fungus growing on my scalp; the one who exchanged my family secret for a cup of Milo; or the friend who told me one thing and said another behind my back.

The truth is female friendships can be fickle, and only few people are lucky to find genuine connections which remain tightly bound through the life’s ups and downs. Maybe it has something to do with the female psyche with its judgmental and competitive undertones. But as with all things my mother was right after all. Time and many failed friendships have taught me that asides from honesty, encouragement and love, friendship is fundamentally about acceptance.

Acceptance is the foundation of timeless friendship because no one can truly be a friend unless they first understand and accept the person you are. Acceptance means I know you are crazy, you get moody for no reason and get a kick out of being the centre of attention but you are special to me. It means I know you you’ll be late to every party and will continuously ask me if you look fat in these jeans but I love you anyway. It means I know you overreact and keep falling for the wrong guy but I will let you cry on my shoulder without telling you I told you so. 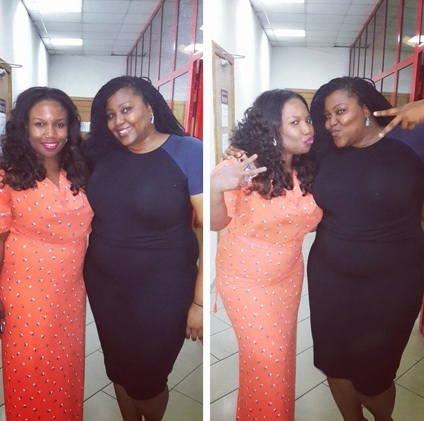 This is what I tell anyone that asks me why Wana Udobang is my friend. Wana isn’t just the Gale to my Oprah. She is in many ways my golden girl because no matter how many endless pointless stories I tell she still calls me her Glory. No matter how many times I act out, turn up late, or forget to do something she has reminded me to do repeatedly, all she says is you are not a serious person and the matter ends. But Wana’s acceptance of my flaws and shortcomings is not about excusing my bad behaviour, because by just being herself, Wana inspires me to be a better form of me.

It was Wana that made me realise I didn’t have to be skinny to start the Inspire Series. It was Wana who made me understand that it was okay to be this eccentric creature with multiple ideas and forms of expression. It was her that turned up in my house with ori and moisturing oils when she saw found out about my skin condition. It was her who told me to stay consistent when I thought my ideas would amount to nothing.and it was her who cleaned my room from top to bottom when i was stressed out of my mind with work

In reality Wana is a cacophony of amazing things. I tell people that everyone needs a friend like Wana (not necessarily Wana as she is already taken!!! Find your own) because she embodies what friendship really is. Acceptance. Understanding. Support. Patience. Inspiration.

Today is Wana’s birthday and there are many varieties of good wishes I have sent her way but asides from the prayers and wishes of wellness I want to celebrate her. I want everyone to know the genuine spirit that is Wana not just because she is my friend but because true friendship is always worth celebrating. And incase you are wondering why I have chosen to celebrate her on Bellanaija?

Well, it’s only fitting that the platform which gave us our friendship should be the same platform I use to celebrate it.

Glory is the host and executive producer of Inspire Series, the web talk show which uses the collective stories of everyday women to inspire others. She believes women are more than hand bags, hair, make-up and other externalities and is passionate about about pursuing purpose and living above societal conformities. She is also a day dreamer, and romantic at heart who loves TV, food and family. Follow her on Twitter and Instagram @inspiredbyglory and read more from her on www.inspiredbyglory.com