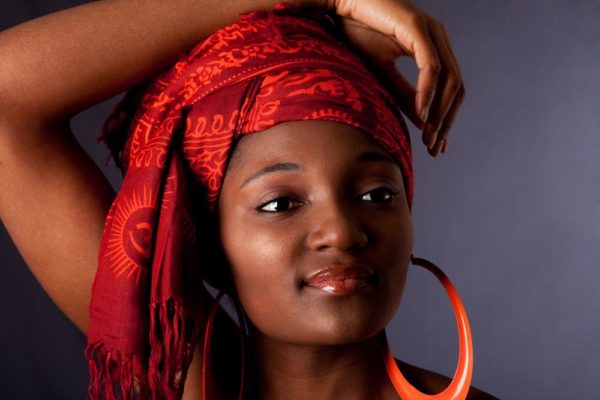 Imagine attending an African event in the Diaspora, with the theme “Finding your African roots”. If you have never been to one, I have and I would love to share my experience with you.
The event was filled with people of origin from every corner of the African continent – North, South, East and West and people who were light-skinned, dark-skinned and even ‘whites’, because of course, there are white Africans in some countries such as Kenya and South Africa. The president of the society introduced the first speaker – Adaugo Okeke; she was a dark-skinned girl who came up on the stage, amidst cheers and applause, to present her ‘spoken words’.
She began: “For those of you who don’t know me by now, my name is Ada and I am British” she said with a thick British accent as if to convince anyone in doubt of her nationality.

However, that was not the part that got me thinking, neither was it the way that she had pronounced her name (in the most non-igbotic manner as possible), nor was it the person who shouted from behind “Represent!” when she had said that she was British; No! What aroused my thoughts was the conversation I had with her after the presentation.
I had found her poem or ‘spoken words’, as they called it, quite interesting but there was something that seemed quite artificial to me. It was the way that she had ‘romanticized’ Africa during her speech and yet, somehow had evaded including anything concerning Nigeria in it, which I found odd. When I eventually got the chance to speak to her during one of the breaks, I asked her what part of Iboland she came from but she was swift to correct me, re-iterating that she was British, even though she bore a typical Nigerian name. I did not mean to offend her and so I did not push that topic, but my shock factor came in when I proceeded to ask her what part of Britain she had been born in. Alas! She was born in Nigeria and had only moved to England with her parents when she was ten years old and had been living there since then (she was now eighteen years old). It was at that point that I took a good look around me and began my analysis.

You see, there are different types of Africans but I would like to highlight on two main broad groups:- One; the ones that were born in the Diaspora and their parents never returned home so they barely got the chance to know much about Africa except from reading books and going for events like the one I had attended, and two; those who were born in Africa but left after some years (usually after primary or secondary school) to live abroad and decided that they never wanted to return – of their own free will.

The earlier group may consist of people who are genuinely interested and searching for ways to reconnect with their fatherland and to gain a sense of identity, and so they jump at every opportunity to hear an African story, or attend events about their countries of origin. On the other hand, the latter group may consist of people who would do anything to get rid of their passports from their countries of origin and acquire new accents, but they are also the fastest to echo how much love they have for ‘Africa’ (note that they barely ever mention the exact countries that they come from but they are usually the first to complain when foreigners think that Africa is a country).

And so when occasions like this arise with various ‘African’ themes, many attend with the majority falling into one of either groups mentioned. Everybody comes, looking to mix-up or better still, to show-off. Some people come wearing braids that are so long that one might wonder where they were made or purchased from; whilst the ones who could not afford to do something nice with their hair (probably due to lack of time, money or hair dressers) come with unkempt hair, bragging proudly about how they like to keep it ‘real’ or natural, as if to say that afro hair could not be kept any better. Some come wearing nicely sewn Ankara materials, only that they are usually cropped tops or bum shorts and then, they tell any foreigner along the way who happened to pay them a compliment, that it is their traditional ‘African’ wear (well, we know bum shorts are not!). Others who had nothing ‘African’ to wear on their heads or bodies would come tying beads around their necks or wearing leopard print shoes that do not match their outfit, making them look ridiculous and out of place.

At the end of the day, people give the same speeches over and over again but in different forms; they speak about their undying love for Africa and the dark skin of its citizens (as if one is not African if one’s skin was not chocolate in colour), about how they would love Africa to be united just the United States of America (forgetting that USA is a country and not a continent), about how the white men oppressed Africans (surprisingly, the ‘white Africans’ are the ones who speak the most about this), and most importantly how we should be proud to show the world that we are Africans (perhaps the reason for the display of attire and hairdos).

When the event was over, I knew that I should have spent my time doing something else because I did not see myself being friends with many of those I had met; especially as I knew that half of them would not talk to me or even say hi, if I saw them the next day. It was amazing to see how people thought that their looks – clothes, hairstyle, names etc., was what made them who they were.

In my opinion, being an African is an innate attribute – it is not only about where one comes from or merely about phenotypes; it is also about how one thinks, one’s sense of values and culture, and where one’s heart lies. Therefore I left the place thinking that if these people are actually looking for their African roots (especially those in group two), why can’t they go back to their villages where they initially migrated from, and save others the trouble of listening to the same broken record? After all, it is said that “charity begins at home” and “sometimes what you are looking for, is right where you left it!”

Fola Daniel Adelesi: The People You Lean On