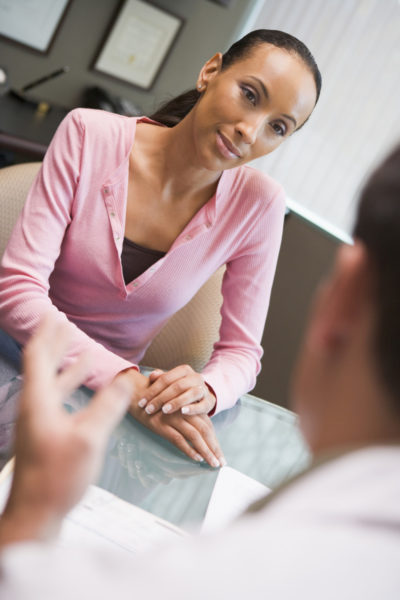 The first time I heard about fibroids was in March 1996, when my childhood icon, May Mofe-Damijo (nee Ellen-Ezekiel) died from complications related to fibroid surgery. There were so many theories surrounding her death, some to do with the clinical care she had received, and others to do with the condition itself. To my 19 year old brain, it was an ailment just as menacing as cancer, to have taken out my beloved MEE just like that. It didn’t help that after her death, I started hearing about more and more of these cases, almost all of which didn’t have happy endings.

Two years later, it knocked on my family door, with my mother also having to have fibroid surgery. In the weeks leading to her surgery, I was a total mess. I couldn’t eat, sleep, read, nothing. My grades took a nosedive, as I was so worried about what the outcome would be. Thankfully, her surgery went well. But as she had a hysterectomy, with her entire uterus removed, she had to deal with the onslaught of premature menopause…which was no fun for her at all! But we were so grateful she was alive that it didn’t really matter. As the years went by, the good news was that the fatalities from fibroid removal surgeries were no longer as high, but the bad news was that it was affecting more and more people, in progressively younger age groups.

In early 2006, I started having very mild, intermittent uterine cramping. By mid-2007, during a routine hospital visit, it was confirmed that I had fibroids. In a previous article, I talked about the insensitive Doctor that attended to me, who “advised” me to hasten my childbearing. But the irony is that I was very single at the time. For days after that hospital visit, I was so depressed. My fibroids were my rising and sleeping thought. I did not share the news with anyone, not even my Mother, whom I knew would not take the news well. After about a month, I made the decision to push it to the very back of my mind, and proceeded to live in denial.

Shortly after that, I started dating my husband, and we were engaged very shortly after. Alas, no sooner had I started the wedding preps, the uterine cramping resumed in full force, with even more intensity this time. It got so bad that I made the decision to have the fibroids removed. I proceeded to share the news with my family and fiancé, and they reluctantly agreed for me to proceed with the surgery. When I opened my eyes after the procedure, I was so overwhelmed with relief to be alive, and that I didn’t have to live with my unwanted tenants anymore.

I thought the worst was over, until a friend who came to visit whilst I was recuperating asked what I was doing to manage my scar tissue. Scar what?? I’d never even contemplated that. I proceeded to ask my doctor about it, and he said that it was a possibility. He explained that surgical incisions, like most other wounds, could heal well or could form keloids. He also informed me about the possibility of adhesions. I decided to brush these off, with a quick prayer of how this would never be my portion!

Fast-forward 6 months later, I got married. Fast-forward 18 months after that, I had a laparoscopy to find out why we still had not conceived. It was discovered that I, in fact, had developed some scar tissue and adhesions. My doctor was able to clear a good number of these adhesions, but my left fallopian tube remained blocked. The blockage could most likely have been as a result of the adhesions, or probably not. There was no way to know for sure.
But not all fibroid surgeries have had the kind of outcome mine did. My friend’s older sister who had a football sized fibroid removed a few months to her wedding, literally conceived on her wedding night! And she has gone on to have successful pregnancies after that.

Basically, at the time I had my fibroid surgery, I thought it was something I HAD to do, if I wanted to be able to conceive. I have since learnt that this is not the case, as my fibroids were all outside my uterus. When I eventually got pregnant, 3 of my closest friends were also expecting….2 of whom had large fibroids. Even though they had to be closely managed, they both carried their pregnancies to term, had successful deliveries, and have gone on to have more babies afterwards. As I write, neither of them have removed their fibroids.

That said, I know that the location of these fibroids is a huge determining factor. Subserosal fibroids typically grow on the outer uterine wall, so could likely not interfere with conception. However, other types of fibroids such as Intramural (which develop within the uterine wall), Submucosal (which develop just under the lining of the uterine cavity), or even Pedunculated (which grow on stalks, both in and outside the uterine cavity), could affect conception. Thus, having them removed is not an option, but a requirement.

The good news is the emergence of less invasive means to have these fibroids removed. These options include hysteroscopic resections (whereby a thin telescope, called a hysteroscope, and a number of small surgical instruments, are used to remove fibroids through the vagina, so no incisions are needed), uterine artery embolisation (which involves blocking the blood vessels that supply the fibroids, causing them to shrink), MRI-guided procedures (which use an MRI to guide small needles to the centre of the fibroid, and destroy it with laser or ultrasound energy), etc. The better news is that most of these options are available here in Nigeria. Basically, you get the advantage of having the fibroid(s) removed, without having to face the risk of scar tissue. That’s called eating your cake and having it, if you ask me.

I am also a huge proponent of alternative methods of, if not removing, managing fibroids. There are some good herbal medical practitioners out there who are able to whip up some great stuff. My belief in these methods is bourne from the fact that fibroids, at the end of the day, are a result of hormonal imbalance. When there is an excess of estrogen, usually hand-in-hand with an absence of progesterone, the uterine lining can grow undetected, leading to the growth of fibroids. Some herbs are able to help control this imbalance and, even if they do not eliminate them, could control their size and regrowth. But, please, please, please! Buyer beware!!! You need to be extra sure of the herbal medical practitioner you patronize. Some of them are outright criminals, and some of them are….well, spiritually suspect.

Some of these alternative methods are eyebrow raising, to say the very least. I was recently told about one “Baba” somewhere in Ijesha, who, after consulting with the Patient, would prepare a special concoction (specific only for this Patient), and insert said concoction in the Patient’s uterus. The Patient would then go home, writhe in pain for a day or two, and subsequently deliver the fibroid(s) through her vagina. I was supposed to pass on this tidbit of information to a friend, but I was speechless for like an hour after I was told. I was like huh???!!! First of all, he would insert what where?? And then she would deliver what from where??? Ah! That one was too much for me oh! I did my bit and passed on the information to my friend, who was equally aghast! Needless to say, she didn’t call the guy. I’m not knocking this method….and I’m sure it has worked for more than a few. But for my friend and I, it was not even an option.

In summary, if you have uterine fibroids, if they are not precariously located, and are not affecting your life (with respect to discomfort and period frequency), you might want to have a long chat with your doctor about waiting a while before/if you remove them. But, if you do have to remove them, in addition to the conventional surgical methods (which come with the possibility of scar tissue), there are less invasive removal methods, which are just as effective.
And if managing the fibroids is your preference, there are a lot of herbal solutions that have been proven to help with these….but to be chosen with caution.

The bottom line is that they are not the death sentence or fertility thief that they were considered only a few years ago. Yes, there are the few who are less lucky, but with the right management and treatment, you’ll be fine!
Good luck!