Martin Chinagorom: My Mother Has a Foul Mouth 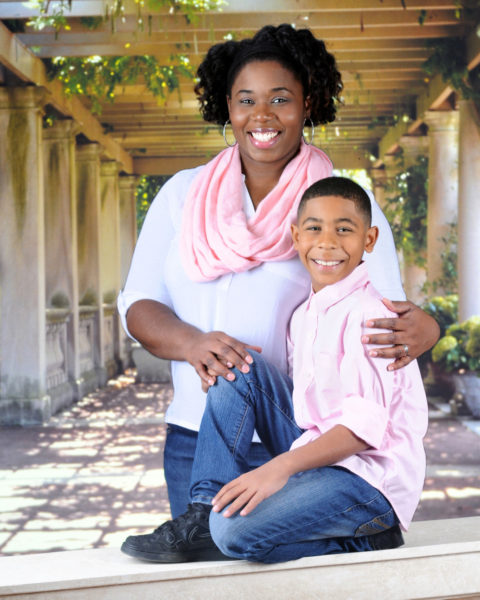 Yesterday I was appalled by an episode I watched on Judge Judy. The plaintiff, a woman had her teenage son as witness. In what was otherwise a regular case of neighbours/friends fracas, Judge Judy was about to rule in the plaintiff’s favour. The Judge wasn’t a fan of the woman’s behavior though, and on her fingers she was counting off what the plaintiff did wrong, saying, “your behavior wasn’t neighbourly, you have a foul mouth and a bad temper.” At this point Judge Judy was distracted by the plaintiff’s son’s giggling and being irritated asked what the boy was giggling about.

What the boy said is still reeling in my mind.

He said, “Because, like, you’ve just counted off everything that she is.” And this giggling teenage boy was referring to his mother: wasn’t neighbourly, has a foul mouth and a bad temper. The resulting boom of laughter was unlike I have ever heard on any episode of Judge Judy. The not-too-surprised mother’s reaction was an unsure “Wow,” and I doubt it would ever get passed that.

For someone who has watched Judge Judy for almost as long as I can remember watching TV, and having seen its crop of the absurdity, the mess that family in America is, I cannot exactly say why I was utterly shocked by this young man and how he reflected the shame of domesticity in the West before ten million viewers who watch this show daily. Try as I may to not make comparisons of this reflection of family and its reflection where I am from, I just could not.

While many would look at the young man’s action and see how it is funny, direct, say-it-like-it-is, forward, what I see is shame, shame, and more shame. But then what would I expect from a society where a father takes his son to court to resolve issues that are supposed to be family matter? You know, those sort of issues we aren’t even meant to hear about in public. A society where mothers cannot wait for their daughters to turn eighteen so they could move out. A society so advanced that parents, in old age, are dumped in homes where strangers are paid to take care of them. A society so advanced that dogs and cats are higher in dignity than humans? It is only in such a society where the idea of family has been so bastardised that children can look at their mothers and call them ‘bitch’ or ‘ugly’ and show no remorse when they yell “I hate you” to them.

I couldn’t but remember when, growing up, we would play games where we said vile curses to one another, things that were meant to be as funny as they were derisively hurtful. I remember that in those games, mothers were off-limit. Even the most unaffected person draws a fist when their mother is mentioned in the most innocent of yab. “My mother makes the best soup,” used to be a saying on the mouth of every kid in those days even when one knew that Mama Emeka’s soup had more crayfish and tasted better by a far margin. Next to God was the mother. I will not go into an exegesis on how mothers are the backbone of a family as that is not the experience of some, but that doesn’t mean it is not the experience of most. Nor will a little blog do to laud the divine acts of she whom God has blessed me with as mother.

Only it was just sad to watch this young man; sad to see that the family institution is going to hell and the world is being dragged along with it; sad to see that today mothers are bringing up their children in ways that make their children call them names in public and they have no words in their defense and accept it like it were a report card.

The world is coming to a really bad place and it is not because of coward groups like ISIS or Boko Haram. When it does, it would be because in today’s family a child will see it fit and funny to call his mother ‘foul mouth’ in a place where ten million people are watching.

Ej Ogenyi: How to Count Calories in Nigerian Food