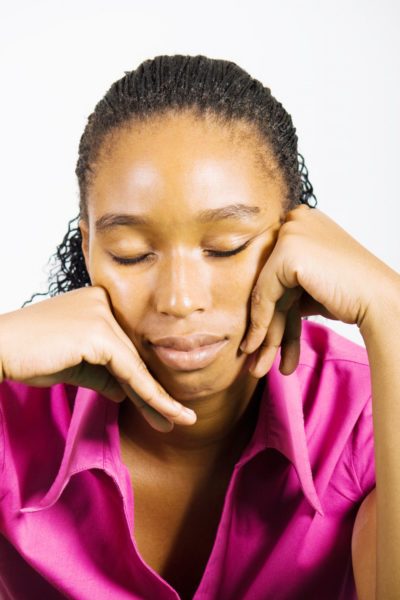 You thought elections would hold on Valentines day. You also thought one beautiful post-election Saturday in March or April was the perfect day to say “I do”. Your company thought it wise to stall production because of the elections and you had gone to pick up your children from school, because the school authorities insisted they wanted the students at home during the elections.

You bought your tickets and asked for time off work just so you could come home to pay your last respects to your favorite uncle whom your entire clan was going to bury in grand style.

You had many plans; perfected by your assumption that you would have voted and gotten over all the political crisscross of character assassination and pandemonium. Then the M.C at the wedding where you were dancing shoki announced in passing that the Valentine elections had been postponed to a later date.

You went on social media and saw the eruption of chaos. Someone, however, mentioned that the chairman of INEC was going to shed more light on the new development during a press conference later that evening.  Suddenly, the crowd at the party started trooping out in numbers to get home in good time to watch the said press conference.

You got home early enough to watch the press conference and the news was indeed true. The Nigerian general elections scheduled to hold on February 14th 2015 had been postponed by an alarming 6 weeks. The National Security Adviser and the military chiefs (who, by the way, are not members of the National security council saddled with such responsibilty) say there is no guarantee of security during the electioneering period. According to them, personnel will be neck deep in a 6 week combat to nip the insurgents in the bud…beginning from the same February 14.

While you understand the plight of the Chairman of INEC, who seems to have his hands tied, you are disgusted about the news which reeks of the ineptitude of the incumbent government. You are irritated by the unnecessary molestation of our democratic constitution, coupled with streaks of desperation and last minute cold feet. Yet, you cannot but pity the tired man sitting behind Prof Jega serving his siesta which was stolen from him by long meetings in trying to tackle the menace birthed by the power of incumbency.

Then, you begin to ponder upon the epileptic situation at hand. A situation you thought was settled seeing that your president had referred to the set date of elections as being “sacrosanct” a few weeks ago.

You start to ask the following questions:

1: What kind of military tactic do you say a nation is practicing by coming out in the open to announce to their enemies that they are coming for them? Who holds a whip in his hand and calls out to a dog? What happened to surprise and attack?

2: How does one come to a logical conclusion that Boko Haram can be defeated in six weeks when we have not only being in “continuous combat”  with them physically, spiritually and psychologically for over six years? We have also suffered territorial encroachment from neighboring countries and embarrassing criticism from the international community who are “trying to help” us kill the rats in our backyard.

3: Is this a sign of desperation on the part of the ruling party who seem to be buying time to perfect their “electoral abracadabra”?

4: Since it seems that the candidate for the opposition party has gained wide followership and popularity, is this postponement the first born son of an indefinite postponement which might eventually lead to a repeat of the June 12, 1993 tragedy?

5: Since the next six weeks seem to be the restoration of the years the locust and canker worm have eaten, are the chibok girls coming home? Are the displaced people of northeastern  Nigeria finally going back home in one peace so they can exercise their franchise? Will the remaining 30% of Nigerian voters now have access to their PVCs?

Then, you remember that a weapon one doesn’t have won’t kill a snake. You find it funny that a country that has an enviable track record in peacekeeping missions; the same nation that sent 30,000 soldiers to combat bokoharam in the Northeast while 70,000 more were in Osun state monitoring elections simultaneously cannot provide security at this critical time of the nation’s history?

You have being hearing rumours that the presidency might be shopping for a replacement for the INEC chairman on the grounds that he is “…too independent minded and uncooperative” (incompatible features of one who is the head of a body that is supposed to be independent right?) Then, you wonder if your people realise that if such happens a more “cooperative” person will emerge, then we might most likely restart the entire electoral process. Something akin to the disqualification of some candidates, maybe changing of the PVC and so on (new wife with new rules palaver).

There is just more than enough time to demoralise the electorate and frustrate the opposition, till the people get to the breaking point where they either choose whomever –  just so peace can reign or fulfil the evil prophecy of the U.S about the disintegration of Nigeria…( you snap your fingers over your head saying “God forbid!”)

You, however, ask yourself the ultimate question whether there will be elections this year but no one answers you, so you cuddle your fears to rest singing the “Que sera, sera” song, holding tight to your PVC, praying that the next breaking news will be a pointer towards the light at the end of the very dark tunnel.

Till then you hope that your lover has superb last minute valentine plans for you, if not you humbly “roost” at home or spoil yourself, for yourself and by yourself; you call it self love for you have realised that a lizard that falls from the tree hails himself if no one else would.

Meanwhile, six weeks is just around the corner, let the countdown begin!

Martin Chinagorom: My Mother Has a Foul Mouth