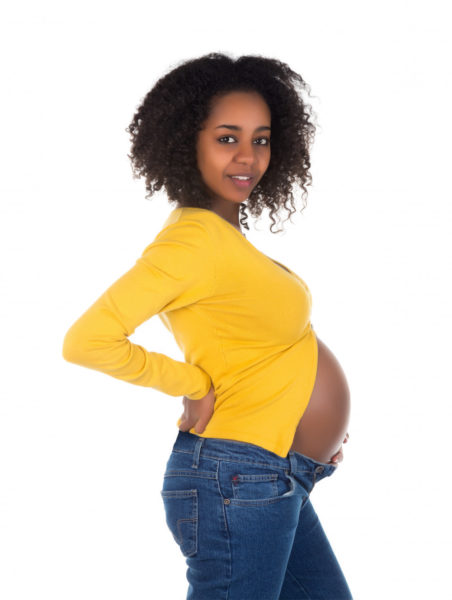 We are having children later…and that’s a fact. This is primarily because we are marrying much later than was considered the norm as recently as a decade ago. Today, the average marrying age for women is 29. Dial back to the 70s, and this average was 22.

Science, with the able accomplices of worried Mothers and busy body Aunties, keep drumming it into our ears that a woman’s fertility dips drastically after the age of 30, with an even steeper dip after the age of 35. This might be true…but rather than the Grandfather Clock booming noise we are made to believe our biological clocks make, I have come to realize that it is more of a teeny-tiny, almost inaudible, alarm clock tick. Let me explain.

Yes, I understand the benefits of marrying young. My friends who started child bearing in our early twenties have teenage kids now. So, yes, I appreciate that benefit of starting early. But, that said, I strongly believe a woman should not start a family, or even get married, before the age of 28. I didn’t always think this way though. If someone had told me this when I was in my early to mid 20s, I would have blanched at the very thought! By the time I was 22, I was already chomping at the bit to get married, and later endured a 3-year engagement to somebody who was so wrong for me. Luckily, this relationship did not work out, and I found myself single at the age of 27. A couple more unsuccessful relationships followed, before I met my husband at age 30, and married him at age 31. Looking back now, I wouldn’t have it any other way.

So, this is my rationale, and I know how polarizing it will be to many. It’s not about attaining maturity, because the truth is that a lot of women are as wise as King Solomon by the time they are 18. No, it’s more about knowing yourself. By the time you are 28 or even 30, you will have a better appreciation of the woman that you are, with reasonable knowledge of what you can, or can not, abide.
In addition, you would have had more time to live life just for you! In my opinion, it is so important for a woman to have learnt how to be responsible for herself, to carry varying measures of other responsibility, to manage her own finances, to maybe even have lived alone, and also have done some things just for the heck of it, before getting married and starting a family. Whether you are a career girl, or an entrepreneur, your 20s are when you are really able to lay a rock solid foundation, as you have the luxury of putting in all the required hours and sweat. A lot of times, I hear people talk about having kids first, before then facing career. But with the entry-level age getting lower and lower every year, by the time you are ready to get back into the workforce, this might not be possible.

I look back at my life and I wouldn’t change a thing about my 20s. Even in the midst of whining and pining for marriage, I thoroughly enjoyed my 20s. I worked hard and laid a strong foundation for my career, I learnt how to manage my finances through the help of a ridiculously colour-coded (but strictly adhered to) spreadsheet, I honed my intuition and ability to read people and circumstances, I traveled and visited places just because….I lived a full life, and by the time marriage came, I was ready. When I had my kids at 34, I was less selfish and able to give far more of myself than the 26 year old me.

You may, or may not, agree with me, but here are some fun facts about having children a bit later. Statistics have shown that most babies are born to women aged between 30 and 34, in the UK. An article I came across online referenced a 2013 U.S. study, which stated that 80% of 38 and 39-year-olds get pregnant naturally within six months of trying . The same article referenced other studies that have shown that 82% of 35 to 39-year-olds, having sex at least twice a week, conceive within a year of trying, just 4% fewer than those aged 27 to 34.

I do not have the corresponding statistics for Nigeria, but I do have real life information derived from the people around me. Most of my friends in their mid to late 30s, and even early 40s, are still as fertile as rabbits, and have had no issues getting pregnant. My best friend got married at 34, and literally conceived on her wedding night. By her 3rd anniversary, she had had another baby, and is actively trying NOT to conceive another one anytime soon.

A relative of mine got married at 40, and her daughter was born not quite a year after. A former colleague in her 40s, who had resigned herself to life as a single woman, got pregnant for a man she had barely started seeing. Before her child was walking, she was knocked up again. Her second child came months before her 45th birthday. All of these were natural pregnancies. In fact, of the women I know that have battled infertility, I do not know of any which was directly related to age. Two of my friends, both of whom are in their 10th year of marriage but still in the waiting room, got married at ages 24 and 25 respectively….so you can’t say their infertility can be traced to their age. As for women facing premature menopause, the women I know with this condition were diagnosed in their 20s so, again, not quite age related.

A lot of advantages abound for older mothers. In your 30s, you are more likely to be more secure in your career or business, and in your relationship with your partner, both of which are important to successfully raising children. If you spent your 20s working and paying your dues, you now have the luxury of negotiating more flexibility with your hours. Trust me, this comes in very handy when it comes to maternity leave, and the frequent visits to the Pediatrician afterwards.

Having discussed the pros, it is important to also highlight some cons of late child bearing. One of which is the fact that the chances of having a baby with Down’s syndrome dramatically increase after the age of 35. This may be true….but I also know someone who had a baby with the syndrome when she was just 27. So the risk is there, in varying degrees, no matter your age. Also, some medical conditions, like aggressive uterine fibroids, can make it more advisable for a woman to hasten childbearing whilst the fibroids are still manageable. In such situations, if a woman has the right partner, settling down early is not a bad idea….but if she doesn’t, thank God for advances in medicine that have made it easier to manage and treat these conditions effectively.

In conclusion, to all my ladies who are still waiting, fear and fret not. Even if you are almost 40, you could still have some good baby making years ahead of you. The statistics are not as bad as we have been made to believe. And even if you do encounter some hiccups, there are enough reproductive intervention options available.

So….live your life, enjoy the moment, and be the best woman you can be. When the time is right for you, it will be all right in the end!
Have a great week, everyone!