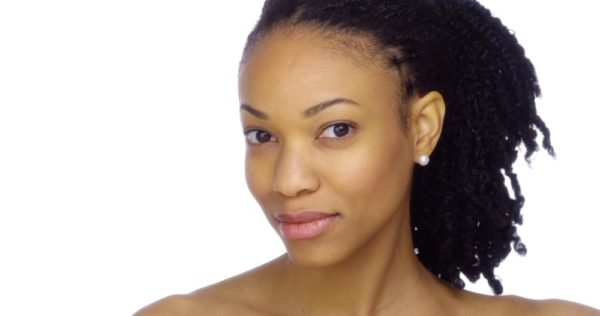 I got on a plane last week… and I was terrified. The closer I got to the door of the aircraft, the more I felt a cold draft of fear – acute and intense fear – go through me. The first thing I did when I got into the plane was look in the direction of the cockpit – as if for some sign that I was going to be okay. As I fastened my seatbelt and stowed my bags away, I thought, “Girl, what was that about? I thought you stopped being afraid of death 5 years ago?”

The month of March is a particularly difficult one for me. Every day from the 17th to the 26th , I find myself rehashing and re-living the process of my brother’s accident, death and funeral. The utter and sheer unexpectedness of it all is still very hard to grasp; and as the years have rolled on, I have taught myself that death WILL come, whether I want it to or not. I also know that neither me, nor my household is immune from the randomness and the scythe of The Grim Reaper.

Before you mutter ‘It’s not my portion’, you have to remember, ‘ Eyan Le Ku Any F**king Time’ (ELKAFT) – translated to mean “A person can die at any frigging time”. ELKAFT is something that we all need to be aware of, consequently, we need to pay attention to some things, like planning for when you’re no longer around.

As Nigerians, deeply steeped in eternal faith based optimism, we don’t really put a lot of stock in having proper documentation in preparation for death. Every time I talk to someone about having a will, they smile and say “I’m not going anywhere yet. I shall live to declare…” The lawyer in me keeps wondering what that even means.

Family law and law of Succession were arguably my favourite courses in Unilag. Between Professor Uzodike, and Mr. Tunde Oni, I was well inculcated into the advocacy of having a last will and testament. We had a lot of interesting cases of family wars started as a result of intestacy. Interestingly, a lot of notable intestate cases involved lawyers. Like chain-smoking doctors, the world is full of intestate lawyers

While having a will doesn’t necessarily make all your problems disappear, it helps a lot. At least you know there’s a document to be followed in sharing your assets when you’re gone. Where there’s a will, there’s a way. . With a will, you know that your children are provided for and your debts are paid off (You don’t want your creditors cussing you out on the way to the Pearly Gates now, do ya?)

So, I asked my friend, Alfino, when he thinks the best time to start thinking of a will is, and he responded “When you get married.” His wife added a modifier stating, “If you have dependents, then you should start thinking of a will.” We then went on to talk about some utterly murky situations created by intestacy.
Essentially, it’s about making provision for those you love and care about. For the sake of argument, I asked what it should matter how people left behind deal with themselves. After all, you won’t be there, so why should it matter? We concluded that the messiness created from improper planning usually does more harm than good.

We talked about a wealthy Nigerian family whose dying patriarch called his children together in one room, declared his assets and told everybody what was due to them. He asked anybody with any dissatisfaction to speak up or forever hold their peace. Nobody was going to be allowed to sully his name after his death. There has been no news of family squabbles. I like this style.

In another family, the patriarch knew he was dying and he left a will. Then a new mysterious will surfaced. Let’s just say lawyers have been cashing out from that mess.

There’s something about the idea of free money, and free property that makes people go crazy. Even the nicest siblings start fighting over bungalow in Maryland, land in Osapa London, town house in Mayfair. You imagine a family unit is the closest you’ve ever seen, and then a super valuable piece of real estate comes into contention and suddenly the claws come out.

Cultural nuances and dynamics don’t also make planning your estate easier. The question of what law should govern your succession process comes into play. If you have a will, and you’re a notable traditionalist – living your life fully according to the dictates of customs and traditions – it becomes more difficult to apply the specifics of a will. Disgruntled parties would argue that the will, drafted under the Act is invalid as you lived as a traditionalist and your estate should be divided accordingly.

Some estate battles become so bitter and protracted that one begins to wonder about whether anything in life itself is worth fighting for. There’s nothing sadder than having the memory of a loved one coloured by the messiness of money disputes.

It’s never too early to start talking to a lawyer or a financial advisor about planning your estate. And no, having a will isn’t the exclusive right of rich people. Read up about it, make preparations and plan for your future; because… well…ELKAFT!

Have a lovely week ahead. Make a conscious effort to promote positivity, and peace. Call someone you haven’t spoken to in a while. Go out of your way to make someone smile today. Life is too short to let strife and bitterness overwhelm you. Give. Share. Hug.

***
To the loving memory of the lives lost on the capsized boat on the way from Epe on Saturday.
To the friends and family of Muheez Bello.
I pray for comfort for your bleeding hearts.

Nicole the Fertile Chick: Getting Your Diagnosis