Atoke's Monday Morning: Peeking Out of the Mahogany Closet 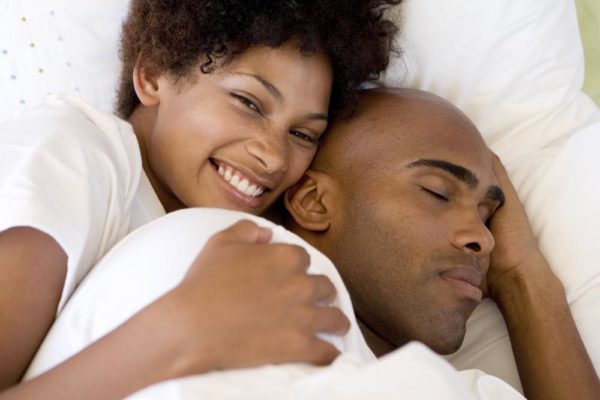 Last night I read a story on the Humans of New York page and it absolutely broke my heart.
Girl meets Boy. Girl is smitten by Boy. Girl imagines/thinks Boy feels the same. Every time Girl attempts to transition their relationship to something more intimate/physical, she notices there’s a resistance. Girl has scoliosis and believed that the lack of enthusiasm on Boy’s part is as a result of some form of inadequacy on her part – as a result of her height or physical condition. What she doesn’t know, and finds out later, is that Boy actually likes other boys.

As someone who consistently battles a lot of insecurities and self esteem issues, this story resonated deeply with me. You meet someone, and you begin to think there’s a connection – real or imagined. In my case, when the person isn’t moving the relationship forward I automatically start thinking about all the reasons why I’m not good enough, and why the person doesn’t want me:
I’m short.
I’m not pretty.
I’m not fashionable.
Maltex bottle syndrome.
The list goes on.
I never stop to pause to think about whether the person isn’t even into girls.

You see, when you’re in a phase where you’re ripe fodder for anybody who wants to make comments about protracted singlehood, you get a lot questions about what you’re doing to chase men away, and what active steps you’re taking to attract potential husbands.
The problem with that situation is that you run the risk of being introduced to, and shoved at any and everybody who is prima facie available. This means, men who are already married and open to polygamy or closeted gay men are thrown in your face.

In Nigeria, homosexuality has been criminalized (meaning, there is a law which makes it a crime for you to be a homosexual. You know… like it’s a crime to take another person’s life? Yeah, a crime – arrest, jail, courts, lawyers, prison.) Nobody who wants to stay out of trouble will openly admit that he/she is gay. As a result, there are a lot of closeted homosexuals being forced/shamed into marrying heterosexual people. Even the slightest suspicion of homosexuality and you find people quickly acquiring a cover story of how in love they are with a person of the opposite sex. If you have ever visited Kirikiri prison, or ever been in Ikeja High Court when they’re bringing prison inmates for a court sitting, you’ll understand why you DON’T WANT TO BE IN A NIGERIAN PRISON – especially for a crime which nobody can prove (unless you’re caught in the act). So, the walls of the closets in Nigeria are triple glazed! Nobody is coming out of those babies unless they want to see their lives turn upside down.

While this article is not intended to delve into the question of the origins of homosexuality (the nature/nurture argument), it gives rise to the argument that a person can be screwed into a change of sexual orientation. This stems from the idea that a person is only gay because he/she has not be effectively and efficiently shagged into heterosexuality. Thus, a heterosexual marriage/relationship supposedly can influence a person’s sexuality. “See the right kind of penis and you won’t be interested in another woman again – never, lai lai!”

It is the combination of the non-disclosure of one’s sexual orientation (for fear of stigma and imprisonment), and the shame of being tagged as ‘different’ that gives rise to the potent melting pot of marital misery. The shroud of secrecy surrounding a person’s sexuality and sexual orientation births the erroneous assumption that everybody is heterosexual – and such a viable partner for any single person – male or female.

It is not our usual practice to ask for a person’s sexual orientation before we proceed in the relationship. Nobody really considers the thought that your Boo might actually be gay. Then when you get in the marriage, and Wole, the best friend and best man won’t stop visiting regularly at odd hours, then you remember the rumour you heard when you started dating. It was only a rumour, spread by those who didn’t want you to marry the love of your life.

I heard the story of a Nigerian woman who went back to her Daddy’s house because the man she married was gay. They were saving ‘it’ for marriage, so they didn’t test the goods.

In her case one might understand how she did not know that her husband did not find people of her gender attractive. Besides, I don’t know many Nigerians who would ask: “So, are you gay or straight?”

A few months ago, the news broke of a Nigerian businessman who recently came out as being gay. He revealed that he had informed his wife-to-be that he was gay. However, due to spiritual, family and cultural pressure, he went on to marry her.

Every time celebrity comes out of the closet, I find comments along the lines of “Why do these people have to let the whole world know they’re gay?” “Do you see straight people coming out to say they’re straight?”

However, when you think about the idea of full disclosure, and the immense heartache that can be saved just from knowing a person’s sexual leanings, you might be forced to agree that coming out is essential to both gay and straight people. To fellow gay people, it is a way of identifying with other gay people, to show solidarity, in a world that doesn’t fully accept them and their lifestyle choices. To straight people, it is a good identifying marker – that way you, as a straight person, don’t spend all your time fasting and praying that Cynthia will one day let you smooch her to both your hearts’ delight. Imagine the world of relief you feel just knowing that David’s constant refusal to press your breasts or kiss you back is not because you’re not one hot sexy vixen, but because he has the hots for Daniel.

Shaming people back into the closet will only give rise to more heartbreaking stories. Or what do you think?