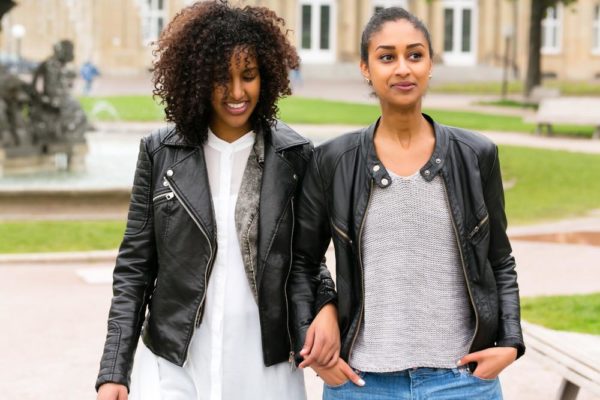 It was 5pm; Yemisi and I were planning to attend church service by 6pm. I closed my eyes to take a quick nap but Yemisi started “We need to do something drastically before it gets too late, Funke.”
“Something like what, before what gets too late?” I asked as if I had no clue of what she was referring to.
“We have to get married before we turn thirty years old and we are almost there!” Yemisi continued in her usual dramatic manner.
“Point of correction, you are almost there. I still have about 2 more years” I said to console myself.
“I heard about this wise man, let’s give him a try.” She added.
I told her that I was not interested in visiting any native doctor but Yemisi persisted. She said that she had heard positive things about him; he was just an old man who spoke words of wisdom and could for-see the future occasionally, and that his abilities had nothing to do with juju. Shaking my head vehemently throughout her speech did not detain her. She continued talking adamantly until I finally gave in. She promised to make all the arrangements and so all I needed to do was to follow her to Baba’s place (as she addressed him) and tell him what I wanted in my man.

On the day of our appointment with Baba, I began to scribble on a piece of paper as I waited for Yemisi to get dressed.
“What are you writing down so seriously?” she asked. I showed her and she read it aloud:
My dream man: – Tall, handsome, Yoruba, Anglican, good job, generous, good dentition, caring/loving, at least a master’s degree, good dancer, preferably bilingual…
“Are you crazy?! Where are you taking this list to?” she started yelling.
“But I thought you said we could tell Baba exactly what we wanted” I said in my defense.
“I never said he was a magician. Don’t bring that stupid list along please” she said as she threw it into the bin.

We began our journey to Baba’s house; it was located in a faraway place in the outskirts of Lagos. I had never been there before and the road leading to his place was crooked and eventually led to a pathway through a forest-like environment. The atmosphere crept me out and I became paranoid, jumping over stones and sticks on the pathway and screaming at every insect that moved. I kept complaining along the way to Yemisi – “How did you even get to know such a place? Who did you say introduced you to him? Really, I hope this is not one of those spiritualists in Nigerian movies? When are we getting there…?”
“Shh! We are here now” Yemisi finally spoke after ignoring me for half an hour.

Baba’s house did not look as dodgy as I had half-expected it to be. It was a small but neat place and did not have any red ribbons or clothes tied anywhere around. In front of the house, there was a chalk-written sign board that read: Finding your dream man or woman. Please take off your footwear before you come in.
I was slightly impressed that the words were spelt correctly with punctuation marks and my nerves began to calm down slowly. I only wondered whether some men actually came here for sessions too .We followed the instructions and went in. Baba sat at a cane chair, wearing a pair of trousers and a singlet and chewing bamboo stick. He did not stand to greet us and merely grunted to our greetings. He looked like he was in his seventies and barely spoke but when he did, he spoke quite well. Yemisi did most of the talking while I nodded. We were asked to sow some seeds before we started our session and my skepticism began rising again. Yemisi seemed to have expected this and did not hesitate to donate some money on our behalf. Eventually he asked her what she wanted in her husband and her response was “Any man that can take good care of me, financially and otherwise.”
“Very good and very easy” Baba said. “You will meet a man on the twelfth day from today. He might not seem attractive initially as he is bald and but don’t turn him away because he’s the one for you.”

I almost burst out laughing and had to refrain from rolling my eyes but Yemisi looked quite pleased as if her prayers had been answered. It was my turn next and I brought out my list which I had picked up from the bin when Yemisi was not looking. I could see the look of surprise and scathe on her face but I ignored her. I unrumpled the paper and handed it over to Baba.
Mhmm, he grunted as he read through the list, nodded at each point and sometimes saying “good…very good.” When he had finished, he asked me to follow him. We went to his backyard; Yemisi followed too.
“Look around you” Baba said. I looked; the place was filled with pots, pans, mortars, pestles and other utensils, all made from clay.
“It’s…it is nice” I said, not understanding the correlation between his landscape and my request for a husband. Yemisi also looked confused.
“You see the art of pottery is one which seems forgotten by many of the younger generations but its importance can never be overshadowed.” he paused.
“So…?” I asked, now getting impatient.
“So for you to get the man of your dreams, you would need to learn how to mould him first in the perfect figure that you want and then pray to God to breathe life into him.” Baba added.
I caught a glimpse of Yemisi’s face which looked well-humoured before she quickly looked away.
“Is this a joke?” I asked; I was not amused.

Baba spat on the ground. “A joke? The wise man never jokes. Now leave my house before I curse you!” he looked really angry. Yemisi muttered her thanks and pulled me out of Baba’s place quickly before I could say another word. She started running and I followed; we ran until we were closer to the crooked paved road. I was panting by now; I was furious with both Baba and Yemisi and I did not hold my tongue back as we argued on the entire way back home.
Soon afterwards, Yemisi was getting married and I was her maid of honour. I was still single and I began to wish that I had listened patiently to Baba. I felt like crying; as I headed towards the bathroom, standing across the room from me was a tall, handsome man. He looked like the man of my dreams and he was smiling at me; I stood still, smiling back. He started walking towards me; my heart was beating fast as I could feel the instant connection. Just as he drew nearer to me, I woke up suddenly, sweating.

It was 10pm now and Yemisi lay fast asleep next to me. It took a minute for me to realise that I had met the man of my dreams in my dream!

Ej Ogenyi: If Your Life is So Busy, Why Aren’t You Losing Weight?