Doc Ayomide: Points to Note From the Mental Illness of the Germanwings Pilot Andreas Lubitz 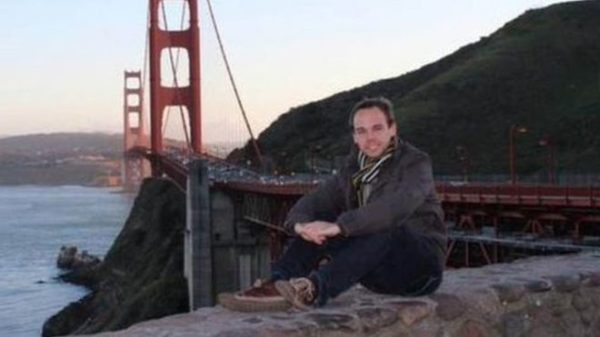 On Tuesday, March 24, 2015, a plane crashed into the French Alps less than an hour after takeoff from Barcelona, killing 150 people.

That was tragic, but when it began to appear that the crash was a deliberate act, things went to another level.

The plane, an Airbus A320 jetliner, flight 9525, was headed for Duesseldorf, Germany. The airline was Germanwings, a budget carrier subsidiary of Lufthansa.

The cockpit voice recorder shows that the captain steps about half an hour after takeoff (bathroom break?). Almost immediately, the plane begins to steadily descend. Andreas Lubitz, the 27-year-old co-pilot he handed over to, is alone in the cockpit. He has apparently locked the captain out, because the other man is heard begging to be let in. Besides the sound of breathing, there is no response from Lubitz to the end.

Of course, other details about Lubitz began to come out, as people sought to understand why someone would do what he did. Soon the news came out that he had, 6 years ago, received treatment for depression. And then suddenly the questions began flying.

What was someone with depression doing flying a plane? Why didn’t he tell his employers? And in the questions, a few of the misconceptions come up. But first, here are some things we don’t know yet.

So here are three other things we should remember.

Mental disorders aren’t forever
The fact that someone has been diagnosed with a mental disorder at some point in their lives doesn’t mean that they will always have one. Although many disorders are long-term, many are also short-term. And even for the long-term ones, the fact that a person has been ill once doesn’t make it the explanation for any unusual behaviour in their lives.

Lubitz had previously been treated for depression, but we don’t know yet that he was still being at the time of the crash. And even if he was, that doesn’t mean it was responsible.

As an example, the restriction on flying for pilots being treated for depression, is not even primarily because of the condition itself, but because of treatment side effects. Many antidepressants cause some degree of drowsiness, which is clearly dangerous for someone flying a plane. That said, a number of countries, like the US, approve the use of certain antidepressants — including fluoxetine (Prozac) and sertraline (Zoloft) — in pilots who have recovered. In short, it all depends.

When we stigmatise mental illness, we’re making it harder for others to get help
Take a minute and imagine what it would be like right now for anyone who’s been diagnosed with a mental disorder and is a pilot, or working in any other industry. How likely would you be to disclose having a mental disorder to anyone at the workplace? I’m guessing chances would be really low, right?

It’s easy to think the solution to a problem is to simply prevent anything that can make the problem reoccur. But if we actually applied that to our lives, we should have stopped driving cars, too. Think about that for a minute.

You know why we haven’t stopped driving cars? Because we think the benefits outweigh the risks.

It’s the same thing here. Plane crashes are very rare. (This was the first in 2015, and we’re already in the fourth month. Car crashes kill far more people every single day.) Deliberate plane crashes are even rarer. But 350 million people worldwide have depression. Do we really want to punish all 350 million when that still wouldn’t prevent most of the already rare plane crashes? Even more, do we really want to make life harder for not only those people, but all the other people with other kinds of mental illness who know they will be equally stigmatised?

So, in answer to someone like Piers Morgan asking why we don’t just all ban pilots with mental illness from flying: the short answer is, it would actually cause more harm than good.
What did you think about the incident when you first heard the news about the crash and Lubitz’ history of depression?